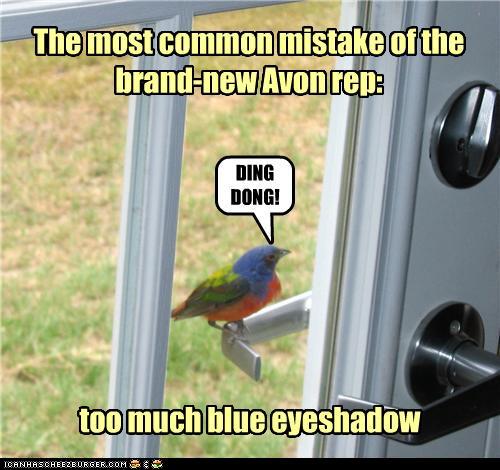 During the Mistorical discussion, some asked why we didn’t point out errors or miscues in contemporary romances.Lynn S even gave us a good name for it: contemporroneous.    To the extent that we know them, I think that we do.  I’ve been pretty scathing, in fact, about books featuring sports characters where I didn’t agree with the representation of the plot. I.e, the secret sale of a baseball team book was given a C- (maybe should have been lower); a C+ to a book that put the Yankees in the NL; and a C- for another football book. Obviously given Bella Andre’s big success with her self published football books, not many people seem to care about authenticity, but to say that we don’t complain about contemporary errors would be a mistake. Readers are very vocal about the contemporary errors.  For instance, read the comments to the Kate Angell review:

Well, I wrote a very long rant about how an earlier book in this series about the “Richmond Rogues” (a major league team in Richmond? Really?) drove me crazy, and my internet browser ate it. So, I thought better of ranting on an unfamiliar blog to a bunch of people I’ve never met. But, suffice it to say, I’m a huge baseball fan (Mets in particular), and I was personally insulted by the fact that this author not only seemed to know nothing about the sport, but hadn’t even spent 5 minutes doing research on the subject.

Mild mannered SuperLibrarian isn’t a fan of baseball books because so many authors can’t get the details right.

Maili mentioned a few miscues in her posts about books featuring deaf characters and she reminded me via email that I had promised to write up a post about lawyers in romance books. I told her I couldn’t do it because I’ve largely given up reading romances with books featuring lawyers. So few authors do it right and I can’t suspend my disbelief enough to get lost in the text. What I could do, however, is point out five of the biggest mistakes I’ve found in books featuring romances. Most of them do not involve around the intricacies of the law. I can forgive those. Most of the errors involve ethical breaches which would see the lawyers reprimanded at best and disbarred at worst.

1) Sleeping with the opposing counsel. This is a common trope because individuals on the opposite sides of the table is instant conflict. The problem with this trope is that most ethical rules require the sexual relationship to predate the suit that the two lawyers are involved with and require disclosure to the clients and consent of the clients in order for the lawyers to be involved with each other.  Beginning to sleep with each other during the course of a case? Not without disclosure. Disclosure, though, makes everything so unsexy right?

2) Sleeping with the client. This is a HUGE no no. Does it happen? I’m sure, but sleeping with a client is considered an ethical breach. In Icebreaker by Deirdre Martin (review here), she handles it fairly well, but the fact of the matter is most lawyers view sleeping with your client as verboten. The Bar Associations which mete out the punishment to lawyers agree.  Reader AS could not get over this ethical breach.

4) The will issue. I’ve kind of given up on this but the use of the will to enforce marriage in this day and age and in this legal system is just wrong and not likely to be enforced. I know it’s a great staple of Harlequin books, but I wish it would be abrogated fully.

5) Trial lawyers. Oftentimes I see lawyers having intense emotional relationships develop just days before a trial. I find this incredibly unbelievable. The more intense the case, the less likely I believe in the possibility. This is because trial preparation, if you are a decent lawyer, is all consuming. You are spending fourteen to eighteen hour days prepping your witnesses, reviewing your case law, reviewing your depositions, practicing your opening statement, reviewing your jury voir dire questions. There is no end of things that you need to do.  People outside the case do not exist.  There is a reason that there is a high burnout rate for trial lawyers and many divorces amongst those lawyers.

I dislike the pairing of therapist and client as that very much violates the code of ethics.  It’s not that I don’t think that you can’t have a book wherein the characters violate their ethical canons, but if that is included then there must be some conscious thought about this in the text of the book.  Having sex with a client or opposing counsel imperils the character’s livelihood.  Their disbarrment or punishment would be the descriptive phrase appended every time that person’s name was mentioned. These are my contributions to contemporroneous books.  I know other readers have their own pet peeves such as authors taking a very well known city and getting all the streets wrong.

So what are the pet peeves of readers for contemporary books?  What makes a book contemporroneous?