Is There Really a Second Chance at Love in Romance 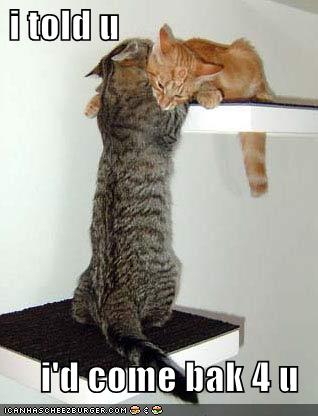 Here’s my hypothesis: The romance genre is about the one true love. The one true love is most obviously displayed in the soul mate stories that abound in the paranormal subgenre. In historicals and contemporaries, the trope is evident in the failed past relationships of the protagonists. How many widows and widowers have had a marriage that was miserable? How many heroines have never had an orgasm before the hero? How many heroes have had the one evil woman in his past that made him eschew real relationships?

I’m not being critical of this. I think I read the genre for the idealized form of the one true love, the O’Henry sacrifice, the idea that love can be so deep and abiding that it lasts for all time.   I recently read a book that challenged the one true love concept and I had a hard time buying into the HEA. The male protagonist had been in love with two women and choose one. The relationship ended badly and he took up with the other woman. He tells the second woman that he would have loved the first woman until death do them part, but for relationship problems.

When writing this piece, I thought of the Jennifer Haymore book, A Hint of Wicked, a story centered around a true love triangle. The heroine, Sophie, believed her husband to have died. After a period of mourning, she remarries her husband’s best friend and heir. Her husband returns, seemingly from the dead, after eight years.

During the story, Sophie is torn between the old husband and the new husband, loving each man and struggling up until the last couple of chapters between either one. Sophie says that the one that she is left with is the one “who understood her, who made her happy. Who completed her.” She kissed him “with a thousand times more need and passion than had ever occurred between himself and [her].” Did Sophie choose the one true love? She loved both men and was happy with both of them. One reader at Amazon commented:

Hopefully, the next woman will be the REAL love of his life–and I hope Haymore delivers a fantastic love story for him. After what he’s endured and suffered for so long, I just want him to find the happiness that he truly deserves.

Sophie’s decision left one man out in the cold, one man without his true love. He believed that Sophie was his true love. In the next book, he will likely acknowledge that the feelings that he had for Sophie do not match those that he has with the heroine of “their” book.

In romance, there doesn’t seem to be room for a character to love, fully and completely, more than once. Upon meeting the true mate, the character must justify past feelings for another as not as complete or full or passionate.

In C.L. Wilson’s Lord of the Fading Lands, the hero, Rainier vel’En Daris had one mate, Sariel. When Sariel was killed, he went insane and torched the land, killing thousands. His love for Sariel is commemorated in song and art. “Ellie couldn’t count the number of times she’d stood in front of Fabrizio Chelan’s immortal Death of the Beloved and wept at the unspeakable anguish the great master had depicted on the face of Rain Tairen Soul as he held Lady Sariel in her death swoon.” Yet, even Sariel had not been his truemate. “Sariel had joined her life with his, even knowing their souls would never follow where their hearts had lead.”

In The Arrangement by Joan Wolf, Gail is a widow. She loved her husband and they created a wonderful world together but after his death, Gail falls in love with the Earl of Savile. “This had never happened to me before. Making love with Tommy had been sweet, but I had always been content to let him be the one to initiate it. Much as I had loved Tommy, I had never burned for him the way I burned now for the Earl of Savile.” When Gail decides that she is going to leave the home that she made with Tommy.

Tonight, as I stood alone in the middle of the place where we had once been so happy, I realized that the girl I had been when I married Tommy was buried here along with him. I was a woman now, a woman who had learned to rely on her own capabilities and strengths because she had a child depending upon her and no one else to turn to.

I’d like to think that if Tommy had lived, the two of them would have matured together and the Earl of Savile would have gone on to marry someone else. That Sophie would have been happy with either man. I’m not convinced that she had one true love.

Can there be equal love a second time around, only different? Can a previous marriage or previous love been good and still make you believe in the HEA of the next, second love? What books can you think of that glorified the past relationship, making it the equal to the current one? Does the romance genre

→ Jane
Previous article: REVIEW: No Souvenirs by K.A. Mitchell
Next Post: REVIEW: The Vampire and the Virgin by Kerrelyn Sparks