Lauren Conrad, infamously of The Hills, had a Youtube video of her demonstrating how to hollow out books to make a small storage item. Home stores sell these fake hallowed out books by the crateful. Yet, there was a huge number of negative comments for Conrad’s video protesting the destruction of these books and the video was ultimately taken down.

Yet one of the most viral things in the book community in 2011 were paper sculptures secretly left around Scotland, which while cool, also resulted in the destruction of a book. Su Blackwell, a celebrated paper book sculpture artist sells her works for up to 5,000 pounds. In an interview, she said, “I began feeling guilty about cutting up the books but I had the integrity that I would create something magical from it.”

I’ve collected ten destructive uses of books in art, from the magical to the mundane. Yea or nay on using books as crafts?

1. Isaac Salzar folds down the pages to create words. More at his Flickr site. 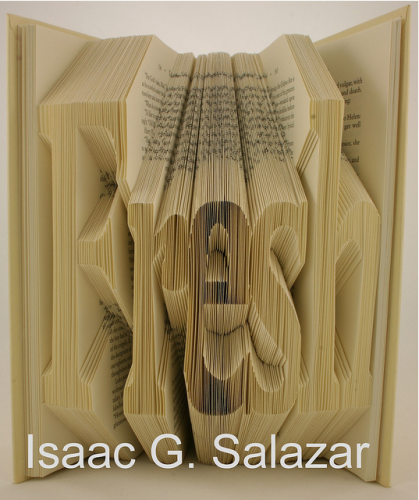 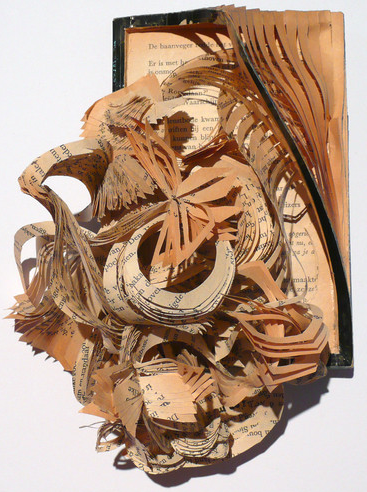 3. Su Blackwell’s sculptures. I’d love to own one of these. 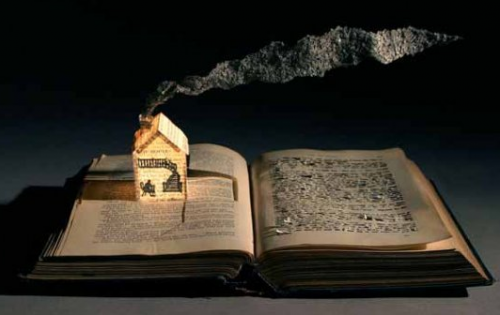 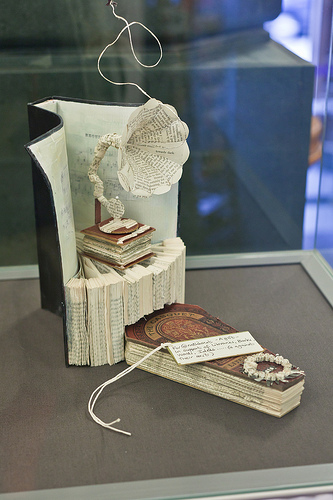 5. Jacqueline Rush Lee is a multimedia artist uses books and paper in many of her installations. More here.

6. Brian Detmer is another artist who uses books as the basis for many of his creations. Peruse his gallery here. 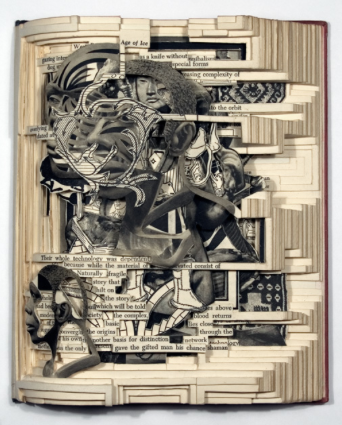 7. Booksi – a charger for your iPhone made out of a book. From Etsy. 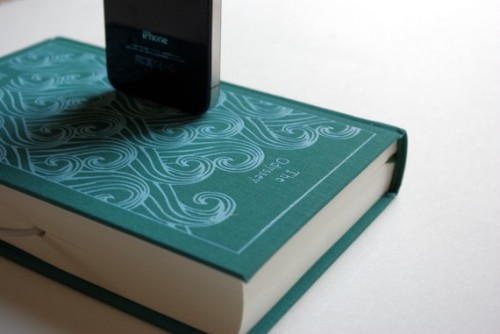 Booksi a charger for your iPhone from Rich Neeley Designs 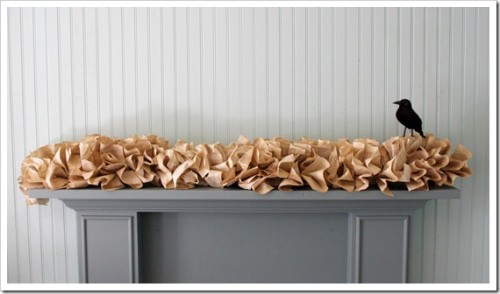 From The Shabby Creek Cottage

9. The clutch made from book covers. (As an aside, I got into a huge argument on Twitter with a literary agent who swore up and down this was a copyright violation. I tried to point out the right of First Sale but she was having none of it.) 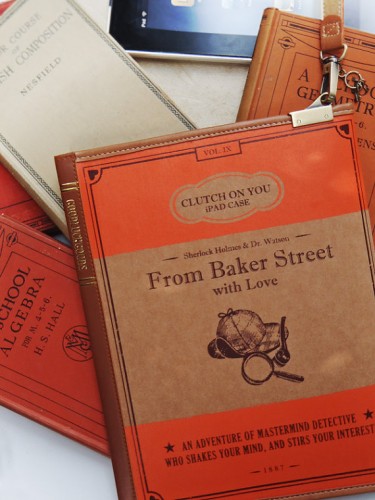 The Book Clutch from Good Luck Goods on Etsy

10. Finally, books as shelves for non books. A craft from A Little Tipsy. 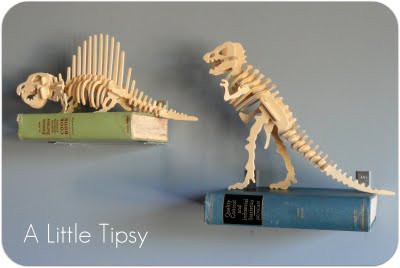 Books as shelves, a craft from A Little Tipsy