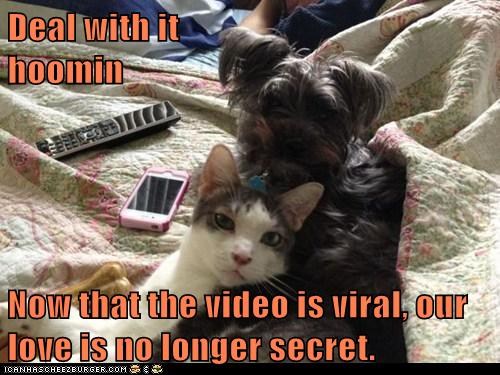 Image via I Can Has Cheezburger

Colleen Hoover has sold over 1 million Kindle books, sat on top of the NYTimes bestseller list, and has published only three books. She self published her first book “Slammed” on January 4, 2012. According to Goodreads, it spent a few months in relative obscurity. Hoover ran two Goodreads giveaways which are print only. Then Goodreads says:

Then, in late March, a few prominent bloggers in her genre wrote about the book, spreading the word to their many followers on Goodreads through their reviews. A few of them even liked it so much they ended up virtually handselling the book to specific readers: an author’s dream!

I asked Hoover about bloggers’ influence for her books. She said the following:

Not only have bloggers helped elevate the profile of the self published audience, but I believe without bloggers, my books would have never taken off like they did. SP authors don’t have the marketing behind them that trad-pubbed authors do, so bloggers are one of the few marketing resources available. It’s very hard in this flooded market of self-published books to write one that stands out and gets noticed. As a reader myself, I’ve found it has become almost impossible to trust rankings or reviews anymore, so I strictly rely on bloggers I follow for my next read. I think readers are recognizing that there are a lot of quality self-published books out there, it’s just a matter of finding them. And right now, legitimate blog reviews are one of the few reliable resources for readers.

In Goodreads most recent data analysis, “trusted friend” was the number one way readers discovered books. What isn’t well identified is that to many readers, like Ms. Hoover herself, the blogger is considered a “trusted” or “reliable” resource for readers.

And the blogging community is massive. Over at YA Book Blog Directory, there are over 1300 book bloggers listed in the directory. Google “Colleen Hoover Review Slammed” and there are 81,600 results. In contrast, one of the seminal literary fiction releases in the last twenty years is Donna Tartt’s The Secret History which results in 75,700 results. Thus a book that was released just last year that reached only 30-40% of the reading market for eight months (the print version was released in August 2012) has more results that a literary fiction novel released in 1992 hailed by the NY Times as a “Forceful, cerebral and impeccably controlled.”

What’s more is that many bloggers have multiple platforms.  They tweet, participate on message boards, have goodreads and Facebook profiles. They will cross post book reviews at goodreads, Amazon and their blogs.  Colleen Hoover’s #1 NYTimes bestselling novel “Hopeless” was released in December 2012 and has 4,664 reviews on Amazon. Safe Haven by Nicholas Sparks, a book released on originally in September 2010, and recently saw the movie adaptation, has 4,070 reviews. Safe Haven was number #1 to Hopeless’ #2 position on the January 20, 2013 Times bestseller list.

While word of mouth spreads organically without blogs, blogs amplify the signal and not because of the original blogger but rather because of the community that has gathered at the blog. The best part of any blog isn’t the content (although that must be good) but the blog’s community. Through the comments, discussions between readers, and emails sent to the bloggers, the tendrils of recommendations work outward in ever increasing circles.

Of course, it isn’t just bloggers who helped self published authors. It was readers on message boards who spread the word to their offline communities. It was neighbors and book clubs and mommy play date groups. However, without the massive growth of the blogging community, the velocity of word of mouth for these self published books would like have been much slower to the point where some might not have found an audience at all.

The next time you see “trusted friend” as a data point, I’d bet dollars to donuts many readers consider their favorite blogstops the same way. Rock on bloggers.

1.  I have a big bone to pick with the WSJ article and the coverage that is being extended Hugh Howey’s book “Wool”.  I have nothing against Howey whose books Ned loves.  What I find problematic and troubling is the respect that is shown Howey’s work versus that which is afforded to Colleen Hoover, Tammara Weber and the like.

Hoover and Weber were profiled by Nightline about the New Adult genre.  Instead of focusing on how amazing it was that these ladies self published their  books and literally created a new genre overnight that had been forgotten or eschewed by publishers, Nightline choose to focus on the sexual aspect of the stories.  The true irony is the books profiled have almost no sex in them.  Even the Nightline article notes that Hoover’s books are “more sexual tension than actual sex.”  Yet Nightline goes on to call Hoover’s books “Smut Fiction.”

The WSJ article about a self published author making it big could have been written about Hoover instead of Howey.

Despite all these similarities, Howey is a savvy marketer of cool post apoc fiction.  Hoover’s writing stories about poetry, family loss, death and sexual abuse but is a Smut Fiction writer.  The gender bias the press displays toward female writers and female focused sub genres is maddening.  That’s about the nicest adjective I could come up with.

→ Jane
Previous article: Daily Deals: YA paranormal; a classic horror; a Newbury winner; and a New Adult
Next Post: REVIEW: Wildfire at Midnight by Mary Stewart