Beauty and the Heroine 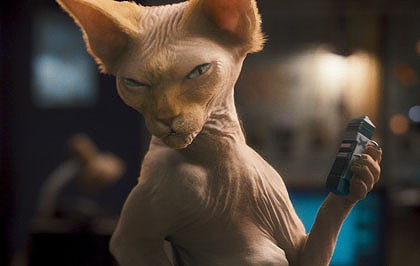 I tend to read for three things: a visceral response, a delightful and interesting use of language, and character. While genre fiction often relies on plot rather than prose to compel the reader forward, I firmly believe that the best plots are rooted in character. Even if the plot of the novel is a quest or a spy thriller what will give the plot depth and purpose is the development of the characters through the plot and the plot through the characters. That is, the plot should arise not only out of the situations that it creates but out of the characters’ reactions to those situations.

Romance is an interesting genre in light of this particular view of plot and character because it actually does rely on both external events (plot) as well as internal events (character arc). One of the problems I have had recently when I read romance is that I have felt that there is a dearth of good characterization when it comes to heroines. It often seems to me that the heroine’s character gets swallowed by the hero’s, her primary plot purpose being a fixed virtue to his angst. Part of the reason I feel this way is because I think that too often authors rely on the physical beauty of the heroine to be her main virtue, or for her physical beauty to be the external manifestation of her worthiness as a heroine. That is, whether the heroine is plain or pretty, beautiful or stunning, her appeal is reduced down to a purely physical one. Oh, that isn’t to say that there aren’t passages that exist telling us of how different she is from other women, how witty she is, how kind or whatever it is. But those passages just tell us, they don’t show us. And what is shown is not convincing enough to answer that most unanswerable of questions: what causes love?

This is problematic because romance is a plot based genre. It always has been. Events must occur. Adventure happens.  It is a drama in the sense that it is performs or acts out through the characters things that in literary fiction happen on a psychological level. Actions are really kind of the essence of adventure, and adventure—the sudden embarkation upon a different kind of life—is kind of the essence of romance. So, the characters, like the characters in a play are revealed through their dialogue and their interactions with each other, with the events that occur and their interactions with those events.

But beauty as the defining characteristic of a female character, makes her not an actor in an adventure but the acted upon.

Maybe it’s just my sense of things and not really a fact, but it does seem as if the majority of conversations about romance tend to revolve around the hero. Which makes sense in same way that people are more interested in Satan’s character in Paradise Lost than in anyone else’s or why Iago is more interesting than Othello, and Edmund is more interesting than Edgar. Heroes often skirt villainy just enough that it makes ‘em interesting to think about. Oh, certainly it may not make them likeable but it makes them talked about. Because regardless of how hot a hero is, the ones that work the best are more than their beauty.

But I don’t believe that the same holds true for heroines. I think that they are confined by a need we have for female characters to be likable. Not even place-holders, just likable. But likable, isn’t always interesting. Nor does it allow for the development of a character arc. The character arc of the average romance novel heroine, whether historical or contemporary, is as follows: good girl, underappreciated, maybe even beautiful, gets the man she deserves. Her beauty proves to us, the readers, that she deserves the hero. But I don’t want to read a story about people who deserve to be loved, because that’s not really how love works. Love loves the undeserving. Plenty of people out there are loved and they do not deserve to be. And plenty of people who deserve to be loved, aren’t. But mostly, people, even fictional characters, deserve and don’t deserve love in about equal measure.

So, I think that the heroine’s beauty becomes like a shorthand for the relationship. We don’t get see the nuances of the hero falling in love with the heroine or vice versa. Instead, we get descriptions of her body, as if her body alone and the beauty that is attached to it explains why this time the hero falls. As if the reason that the hero hitherto has not fallen in love is that he hasn’t met the right combination of virtue and beauty.

Remember the show on TLC, A Wedding Story? It was on in the afternoon and my sisters and I were kind of obsessed with it. The show ran a half an hour and followed a bride and groom through the day before the wedding preparations, the rehearsal dinner, and the wedding. At the very beginning of the program, the bride and groom would tell how they met and how he proposed to her. At some point during this interview they must have been asked by a producer why they loved the other or why the other was the one or something like that because in every episode the bride and groom would wax poetic about what made the other one so damn special. The hilarious part about this was that they all said the same damn thing. “Oh, she’s so pretty, and wise, and sweet.” “Oh, he’s so funny and handsome and makes my life complete.” But those explanations really explain nothing. Because if all these people have the same qualities, then why are they not in love and getting married to just anyone?

So when I read on the back of the book that Devilish Marquis of Earl never thought love existed until he encountered the stunningly, beautiful Lady What-have-you, I get frustrated. Oh, I know it’s just copy. But I have read and read and read romances and there’s something about that line of thought that isn’t just copy and persistently makes an appearance in novels. Stunningly beautiful isn’t good enough for me anymore. In fact, it is the opposite of good. I want the opposite of good.

Wouldn’t it be more interesting to read a romance if the heroine wasn’t beautiful or good? What if we had a heroine who was neither pretty nor likable and still got the guy? I mean, plenty of heroes get what they don’t deserve. Why do we need heroines to be beautiful in order to understand that they are lovable?

So I’m looking for heroines who aren’t beautiful. Who have no beauty. Who are rotten on the inside and scarred on the outside. I want no virtuous women—and I don’t mean virtue in the sense of sexual experience. I mean, there are a lot of hookers with a heart of gold out there.  No. I want someone who might actually be kind of unlikeable, maybe even hateable. I want someone with one leg and an eye-patch and a terrible case of acne. I want them fat, not just pleasantly plump. I want them sarcastic and selfish, instead of sweet and self-sacrificing. I want them dark and devilish. I want them, in short, to be more human, more flawed and just plain uglier than they are.

So where, oh where, are my ugly heroines?