Authorial Voice: the many hued definitions 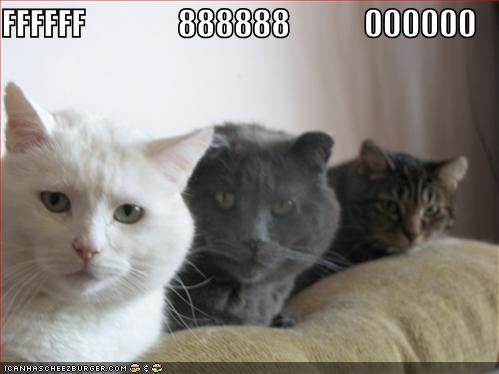 Last week, Robin wrote a great piece on the topic of originality in fiction. There are pretty much no ideas that haven’t already been expressed but the one thing that distinguishes one work of fiction from another is voice. Yet, voice is something that is hard to define. It’s ephemeral. It is, from a definitional point of view, as hard to define as obscenity. I reached out and asked a variety of authors, editors, and bloggers what their definition of voice was. Here are the responses:

Courtney Milan, author of historical romances such as Trial by Desire:

Voice is a distinctive method of writing; it’s the way a writer deploys language to subtly reinforce character, mood, theme, and all that other good stuff. But I’m kind of a voice-rationalist. I think that a writer’s voice is rather like a singer’s voice: it can be trained, taught, examined, learned, and, yes, even altered and imitated.

As an example, on Dear Author alone, there are as many individual voices as there are reviewers (and those individual voices all contribute to the overall voice of the site itself). Over time we can recognize who’s writing a review without looking at the byline, because we recognize the reviewer’s voice. An article by Janet and an article by Jane on the same topic will sound vastly different, because their voice–how they turn a phrase, their word choice, their construction of sentences, the emotional inflection and the depth of information and how they present it–their voice is unique. And perhaps one visitor to the site loves Janet’s voice, but struggles to get through Jane’s posts. Because we all relate differently to someone’s voice.

In genre fiction, voice is what makes an old concept seem fresh and new. It’s the quality of storytelling that grabs the reader by the throat and won’t let go, it’s what defines the reader’s relationship to the characters, their perception of the world and their connection to the story and plot. An author’s voice is what either gives a reader the ability to sink into a story or makes it difficult for them to connect to it.

A voice is an author’s distinctive style of expression and the core of storytelling. I feel there are five major elements of a voice: rhythm, attitude, grammar, mannerisms and style. I did wonder whether to include ‘tone’, but decided against it because I feel it’s part of a story, not the author’s voice. In short, a voice is a lot like a fingerprint, which means no two voices are ever alike.

Maili had an additional comment which I thought was very interesting:

I was talking to a friend about this the other day. She brought up a good question – what about translated works? Whose voice are we hearing – the author or the translator? Does Nora Roberts’s voice come through in a Russian or Japanese translated edition, for instance?

This is tough, because voice is the most important thing to me when I make my acquisitions, but it’s very hard for me to give specifics. I think “voice” is best defined by its results. I know an author’s voice is working when a book stays with me, when it hangs out in the back of my brain. It’s what the author brings to the table that’s unique, and it can’t be taught. It can be refined and improved, but a strong authorial voice is, for me, the difference between a fine story and a great book.

From reader Keishon, my most trusted advisor of mystery/thriller books:

An author’s “voice” is something that comes naturally. ‘Voice’ can’t be taught/studied/copied. It is the ‘voice’ of the author that pulls me, the reader, into the story so thoroughly that it makes me forget that I’m reading a book. That is what “voice” does if you have it and not everybody has it, I’m afraid. –Keishon

Voice is basically the art of you telling a story. It’s the way you speak, your inflections, the things you emphasize because they’re interesting to you. You won’t have the same voice as someone else because they won’t tell the story the same way you do. At least, that’s how I’ve always thought about it. It’s like if you give me and Jia some fabric and tell us to make a dress, I’m going to pick a simple, straight pattern that’s going to emphasize the bust and de-emphasize the waist and avoid pleats. Maybe a zipper or an accent button. Jia might like glitter, silk and flounces. And spaghetti straps. ;) That’s voice – it’s all those things that combine to make your story have a personality.

When Jane first contacted us to answer the question, “How do you define authorial voice?” our first reaction was somewhat blasé (Ana’s reaction: "Yeah sure, easy peasy”). But, when the time came to actually write out our response, we realized that although we have an idea of what authorial voice is, actually defining it is a rather complicated business because voice is such a fluid thing. In terms of writing a book, authorial voice is the specific stamp in terms of style, language, cadence, and tone that an author places on his or her work – the implication is that an author is the “voice” behind the plot and the characters. Sometimes authorial voice is more discernible (say, in a third person-narrated novel), but, though intangible, it is always there. Authorial voice can be overt (see Cory Doctorow, whose characters feel like marionettes in a ginormous Cory Doctorow puppet show) or subtle (with Kazuo Ishiguro’s layered Never Let Me Go). At the same time, authorial voice goes beyond style because even style (and language and cadence and tone) can change from book to book for the same author (depending on story, genre etc). For example, Neil Gaiman has a very specific writing style discernible across the majority of his work – but in Stardust, the written style is markedly different (Gaiman himself has written about the change).

Perhaps it would be easier if we simply said: Authorial Voice is that quality that makes each author’s work unique.”

Nalini Singh, author of the Psy/Changeling series and the Guild Hunter series:

Voice, by nature, resists definition. It is that certain “something” that sets one writer apart from another, and is made up not only of the words the writer uses, the unique rhythm of language they create, but also, I think, of the stories they choose to tell.

One other thing I’ll say is that voice isn’t static – it changes over time, and as the author develops. However, with the strongest voices, the core remains the same, and it’s that core that keeps pulling me, as a reader, back to my favorite authors.

The one thing that I’m asked constantly (as is every editor) is: What are you looking for? My response? A great voice. It sounds like a cop-out, but it’s true–it’s not necessarily the story elements that draw me in, it’s the writer’s voice. I could be reading a story with story elements that feel fresh and exciting in a synopsis, but once I start reading the chapters, if the voice doesn’t draw me in, it doesn’t matter how fresh the elements are because I’ve already stopped reading. I don’t think voice can be taught, but it can be polished, and honed.

From PW Reviewer and editor of the Romance section, Rose Fox:

When I speak of an author’s distinctive voice, I usually mean the rhythm of the words, the use of similes and metaphors and pauses and repetition, everything that moves away from so-called transparent language (which often is merely boring language, and not transparent at all).

Voice is a struggle for many authors because lacking a distinctive voice can mean a book gets lost in a crowd, but having too distinctive an authorial voice, unmodulated by the topic at hand, can mean a book gets lost in the crowd of all the other books by that author. So ideally each book should have its own voice that harmonizes well with, but is not the same as, the voices of that author’s other books. Then the book will live vividly in the reader’s mind and memory.

What voice is and means is pretty difficult to articulate, at least for me. That's because voice is a magical thing that is hard to identify in a specific or detailed way, but I know it when I see it, or should I say, read it. I do think it is what sets a writer apart more than anything else. Storytelling, character development, actual writing/use of language-‘all of these are important, but I think where they all come together is in an author's voice.

Voice is one of those things that’s hard to define but that you know when you see it. Another word for it is style, and it’s the quality that enables you to know you’re reading James Ellroy, whose voice is powerful, rather than, say, Michael Chricton, who was a first rate storyteller but who possessed no particular voice. If you’re not sure, a simple test for determining whether an author has voice is to try to parody the author’s style. Authors who can be parodied have voice. Authors who can’t, don’t.

What is voice to you?   Do you notice it? Does it matter to you?