And This Heroine Is Just Right 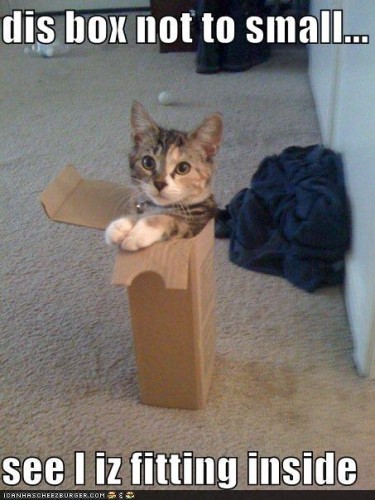 Heroines in romance have great latitude. They can be rich and very poor. They can be successful and a failiure. They can be pretty, dumpy, funny, dour. They are not all extracted from the same hard body mold like the hero. The heroine’s own agency can provide a source of conflict for the romance. For instance, the wealth of the heroine can prevent the hero from believing he is good enough. A successful heroine can challenge the hero in the same way.  If there is one large difference in male and female protagonists it would be that I think the males can be taken to the extremes whereas the females cannot.

The male characters can be extra large (and in the case of JR Ward’s books so large that there is not enough XXXXs to describe their clothing size); extra strong; extra tough; and extra mean. Those same descriptions can’t be applied to a female in romance.  Instead, descriptions of heroines are often diminutive.  How often do you read of a heroine’s small hands?

From Stephanie Laurens’ Viscount Breckinridge to the Rescue:

With a kiss so unadulteratedly passionate that she gasped, then, small hands clinging, grasping wildly, she rose to him again…

She touched the scar on his right shoulder, then caressed his chest with her small soft hands.

Eric barely heard her; his rational mind stopped functioning the moment her small hand landed on his arm. She was warm and soft and her scent — that of sweet innocence and spicy sexuality — drifted in to him.

Are the limits those imposed naturally by the genre?  In other words, one has to be stronger than the other and thus it should be the male. (Have we ever read a story in which the heroine was taller than the hero?  In one of my favorite categories, A Lady’s Touch by Jayne Ann Krentz, the heroine is taller if she wears heels.  Also interesting is that small hands is a term you won’t often find in a Jayne Ann Krentz novel).

If a heroine has agency, if she is not in need of a rescue, what can the hero provide? I think that there is some concern amongst readers and authors that if a heroine has agency, there can be no conflict. However, you’d be hard pressed to find a female character who has more agency than Eve Dallas. Roberts successfully pulls off the extraordinary: pairing a dominant female with a dominant male and still striking enough sparks to keep the series pulsing at 28 books and counting. Or perhaps consider Marcelline Noirot and Duke of Clevedon in Loretta Chase’s Silk is for Seduction. More recently, of course, is Meljean Brooks’ Heart of Steel with Yasmeen and Archimedes Fox. Probably one of my favorite scenes from the Heart of Steel is when Archimedes rushes in to save Yasmeen only to find that she’s already dispatched the enemy and Fox saying in frustration that he’d like to save her just once.

Some commenters in last week’s thread suggested that a female’s agency arises from her emotional power. A female with less personal agency can be the equal of the male protagonist by virtue of strong emotional power and through the exertion of emotional power, she exerts or influences change.  Because she’s emotionally strong, she doesn’t overly challenge the masculinity of the hero or his “alpha” status.  (My interpretation, not the commenters)

But part of the problem that we readers may have with women with agency, and not just emotional agency, may come down to two things: Supply and Demand.

Successful authors enjoy writing about men more than women. I remember Suzanne Brockmann admitting that she liked her heroes more and it is clearly evidenced in her work. While J.R. Ward hasn’t made the same overt claim, her heroines are distinguished almost solely by the color of the dress that they were to cerimonial events whereas her heros are so fully realized that Ward herself pretends to be them in her message board forums. They are characters that continue beyond the literary space and into the virtual reality of readers (and perhaps the author). Ward is an avid devotee of Brockmann.

Readers don’t help in this matter. It was the practice of forum posters at the old Simon & Schuster message boards for Judith McNaught for posters to claim the heroes calling themselves Mrs. Clayton Westmoreland or Mrs. Ian Thornton.

Other authors, when patterning a successful series, may have looked at Brockmann and Ward and believed that romance readers respond to male dominated series. They do respond to male dominated series, of course, but one of the most successful authors in romance also writes female centric stories and that is Nora Roberts both in her NR incarnation and her J.D. Robb incarnation.

There is also the issue of heroines and agency in historicals. When we have a historical debate, two defenses regularly come up: 1) writer’s write about extraordinary events and people and 2) most women in historicals don’t have agency. Those two statements are diametrically opposed. If writers can write about extraordinary events and people then why aren’t historical women written with agency? If the great majority of women can be those out of the ordinary spitfires, blue stockings, those who hate shopping and would rather sit inside and read all the time, then why not women with agency? If there can be Charming Mickey Rourke how about Charming Minerva Rourke? There are extensive records indicating women were involved in the criminal underbelly in Victorian England.

Demand: My belief is that readers have embraced cross over fiction because those stories are generally more female centric and contains stories about women who have more agency. It is expected in urban fantasy, particularly first person urban fantasy, that the female protagonist be proactive, have power in her own right, and has the ability to exercise choice and influence her own outcomes. Thus readers may demand the more emotional heroine in straight romances while demanding/expecting something completely different outside the traditional romance sphere. When a female protagonist with more emotional agency in urban fantasy or a female protagonist with more physical or political agency than emotional agency in traditional romance is encountered by readers those stories fall flat because of missed expectations.

The truth is that the female role in romance is not so easily categorized as the male role. That allows for quite a bit of freedom but I wonder if we aren’t limiting ourselves as readers, requiring the females to fit into certain categories and within certain boundaries. Thoughts?