An Example Why One Shouldn’t Learn From Fiction 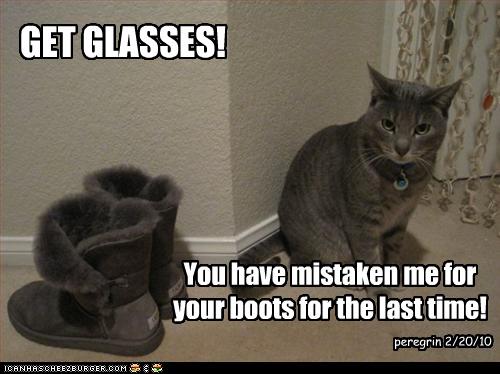 A couple of months ago at a news site for mixed race readers, one commenter self-identified as an “Asian Cajun”, which got me remembering my journey of assumptions and corrections years ago as a romance reader.

At the time a few years ago, a huge number of “Cajun romances” – contemporary and historical – pretty much dominated the genre. In spite of this, I still didn’t understand exactly what ‘Cajun’ was.

Believe me, I tried when I investigated. I only had vague impressions. Such as “It was something to do with French and African heritages, maybe?” and “the majority of Cajuns speak French and the best-known Cajun community lives in Louisiana, U.S.”

I didn’t realise I was wrong until a discussion about interracial relationships in the romance genre cropped up at AAR. The reader, who asked for book recommendations, was particularly interested in those with black men as heroes. So, I suggested books by Linda Howard, Sandra Hill, Samantha Winston and some other authors. Quite a few readers quickly corrected me, explaining that not all Cajun families have black heritage. A couple thought I may have confused ‘cajun’ with ‘creole’. One suggested my mix-up was understandable because the Creole history and the Cajun history overlapped so times that some aspects are deeply entwined and some influences from each other can be found in each other.

Their correction and explanations had completely altered my mental picture of Cajun characters from romance novels, particularly Linda Howard’s legendary contemporary romances. Until then, when I read those romance novels, I had this imagery of mixed race people with black heritage. Most authors and readers treated ethnicity so differently at the time.
Particularly in contemporary romances. Such as restricting race-related issues to POC characters only, and restricting social mobility and social issues – such as class differences (rarely explicitly stated, though), universal social issues and wealth – to white characters only. As for mixed race characters? Authors tended to restrict the heavy use of physical descriptions and ‘exotic sensuality’ to mixed race people. Such as “elegantly almond-shaped eyes”, “milky mocha skin”, “a touch of exotic in smile”, “her oval face, the skin of white porcelain doll, framed by ebony straight hair”, and so on. It was almost all about sex where mixed race characters were concerned. Authors did used this to their Cajun characters as well. Such as describing Cajun characters – especially heroes – as tall, dark, exotic, and black-haired. Oh, and let’s not
forget sensuality.

They however went further than with the usual mixed race crowd. While they occasionally referenced a history of discrimination and bigotry against Cajun people, they treated Cajun characters as everyday people with ordinary problems and needs. It had the kind of balance I liked. An acknowledgement of what those characters had to deal with while still leading ordinary lives.

That was how I came to believe Cajun people had black and white heritage. The moment I understood my understanding of ‘Cajun’ was wrong, my mind was so blown. It had also completely destroyed my almost only line of defence.

Some people had repeatedly scorned the mainstream Romance genre for being “so white”, but I frequently pointed out – while acknowledging it did have its moments of fetishising and otherising – there were many popular Cajun romances, particularly in category romances. Those were extremely popular at the time, mind.

I did avoid mentioning ‘savage Indian romances’ because… Heh, come on. Cajun romances seemed better in comparison as most Cajun characters were pretty much everyday people. A refreshing change from those where authors who routinely introduced “racial issues” to justify the existence of POC heroes or heroines in their stories.

It didn’t even occur to me to wonder why Cajun characters were treated so differently from other POC characters in the Romance genre. I just assumed it was their French white side – and I later realised, lack of references to actual racism – that made them more acceptable to readers. (Heh, I almost wrote “less scary”.)

I should point out that I wasn’t that aware of the old “one-drop rule” issue at the time. So to me, a Cajun person was a person of mixed race ancestry. It didn’t even occur to me that a Cajun person would be seen as African American if my understanding of ‘Cajun’ was indeed right.

Once I understood that I misunderstood, I went off Cajun romances. Mostly out of embarrassment and mortification.

So that’s one of many reasons why I don’t think it’s a good idea to learn anything from fiction. Not just because I was dumb enough to misunderstand ‘Cajun’, I didn’t have enough American cultural knowledge to understand all those little nuances. Thank goodness that I’m not alone. There is a friend who once admitted he nursed a misunderstanding about the Cold War for years because of those Cold-War spy novels he loved reading.

Have you had a similar misunderstanding about – say – a culture, profession, technique or such as the result of reading a staple of specific novels?

Previous article: REVIEW: I’ve Got Your Number by Sophie Kinsella
Next Post: REVIEW: The Garden Intrigue by Lauren Willig