All About Amnesia, a Guest Post by Miranda Neville

Amnesia is one of the most reviled of romance tropes, right up there with secret babies, but it’s also immensely popular. There are few writers with long careers who fail to tackle it at some point. And why not? It delivers plots rich in conflict, deception, forgiveness–and secret babies. 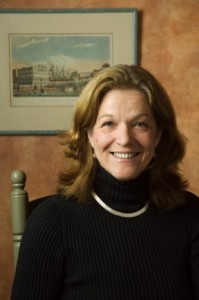 I thought I’d read a lot of amnesia romances, but found I needed a refresher course, (assisted by AAR’s Special Title Listing). For me amnesia works best when the couple are somehow connected, whether or not the non-amnesiac partner is aware of the fact. When they are total strangers, most problems will be solved once the memory returns. I love it when the writer lets me in on the disaster that lies in wait. In Teresa Medeiros’ A Kiss to Remember, the heroine, desperate to find a husband, invents a whole life for the amnesiac man she finds in the woods. The reader has the delicious knowledge that the man she quickly falls in love with is, in fact, her worst enemy.

In romantic suspense the amnesiac is usually menaced by some unknown peril. Anne Stuart’s Winter’s Edge is a classic of this kind of plot: the heroine doesn’t know if her estranged husband is the one who wishes her dead; meanwhile the real villain must finish her off before she regains her memory. Just to add to the fun, the heroine feels like a different person from the character described to her. She–and we– have to learn why she was putting on an act and how it ruined her marriage.

One of the great appeals of the amnesia plot is seeing a character learn the hidden truth of his or her character or emotions while divorced from the preconceptions and prejudices of real life. Medeiros’ cruel duke becomes a good and kind man when freed from the bitterness of his unhappy upbringing. In Mary Balogh’s wonderfully melodramatic Deceived, a bride is kidnapped at the church door by her divorced husband and loses her memory from a blow to the head. He tells her they’ve been happily married for seven years and it seems right to her: without the knowledge of his supposed infidelity and long estrangement, she readily accepts that she loves the hero because, Big Misunderstanding aside, she does. And if you want complicated, try Lynne Graham’s The Sicilian’s Mistress. The amnesiac heroine lives quietly with her very straight-laced parents and her small son (secret baby!), whom she believes to be the result of a youthful indiscretion. Enter the Sicilian: turns out she was his mistress, whom, of course, he dumped when he “discovered” she was a slut. A mistress! Horrors! Plus he reveals she’s been adopted by the wrong parents.

The recovery of memory often stops a developing relationship in its tracks. The couple who fell in love when one member had no idea of his identity, has to fall in love all over again when he or she becomes a “different” person. Medeiros’ duke must forgive the heroine her deception. Balogh’s heroine must discover that her love for her husband was real. (And incidentally, SPOILER ALERT, reveal the existence of the secret baby.) 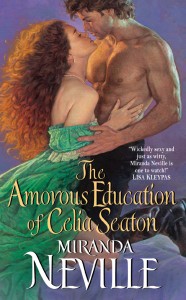 Amnesia creates a power imbalance. The character who loses his or her identity is automatically at a disadvantage. I don’t pretend to have read every amnesia romance out there, but it seems in contemporary romance it’s more often the woman who loses her memory, hence the popularity of the trope in the Harlequin Presents type of story which depends on male power and apparent female helplessness. In historicals it’s the opposite: with the inherent advantage of men in the past, amnesia turns the power differential on its head.

When I decided to write an amnesia plot I got onto the trusty Google to find out the medical truth about the condition. I’m no doctor, but it didn’t take much to convince me that a realistic treatment of the illness wasn’t going to serve my purposes. One of the likely concomitants of memory loss is permanent brain damage: not a desirable condition for the hero or heroine of a romance. Clearly I had to get away from reality and use amnesia as a literary device, as writers more distinguished and successful than I have done. This decision gives the writer the advantage of defining the form temporary memory loss takes to fit the requirements of character and plot. So don’t read most amnesia books, including my own, with any expectation of medical accuracy.

The hero of The Amorous Education of Celia Seaton, Tarquin Compton, is a dandy and the kind of social leader who destroys a debutante with one quip. I’d already decided that a dandy needed to lose his clothes. Then it occurred to me that the persona of a society darling is such an artificial one that he needed to be stripped of his very identity to learn what’s underneath. And just for fun he finds himself stranded (almost naked) far away from his urban comfort zone in company with a woman who resents him for his careless destruction of her prospects.

An unforeseen challenge of writing the amnesia plot is the revelation of back story. A writer reveals the past through dialogue and internal monologue. But when a character has no knowledge of his past, there’s nothing to reveal. Initially I wrote a long section for my hero before he’s hit on the head, but my critique partner firmly informed me it was data dump. She was right, damn it. (I am not a writer who enjoys deleting 5000 words in a single blow.) I kept a brief pre-amnesia passage for Tarquin and left the reader to learn about him from the skewed perspective of the heroine and conclusions (mostly laughably wrong) drawn from his own fragmented memory.

By the way, this book is lamentably lacking in secret babies, but I make no promises for the future.

You can find out more about Miranda Neville’s new release, The Amorous Education of Celia Seaton, at her website.