A Room of Our Own: Romance Book Community & Virginia Woolf 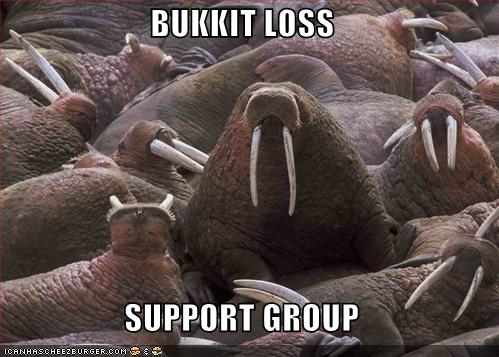 This past weekend, I was part of a small panel sponsored by International Association for the Study of Popular Romance (IASPR) which was held during the Popular Culture Association conference in St. Louis. The panel that I sat on was about romances safe spaces.

Dr. Pam Regis presented a paper based on the concept popularized by Virginia Woolf’s most recognizable essay, A Room of One’s Own. Woolff argues that in order for women to be able to produce significant literary works on the level of Shakespeare, women must be financially independent and have a place of her own, free of the influence of the patriarchal society.

Dr. Regis then spoke about HélÃ¨ne Cixous whose “The Laugh of Medusa” is well known for the proposition of “écriture féminine” or language that is wholly feminine. Cixous argues that women should be writing works that challenge phallogocentrism because it represents women as the hole, the lack defined by the phallus.

Regis took a kernel of Cixous’ essays and that is “to break up the truth with laughter.” In other words, you can more readily challenge pre existing concepts through laughter. The last scholar philosopher she discussed was Tom Veatch and his paper, A Theory of Humor. Veatch proposes this equation of humor:

The necessary and (jointly) sufficient conditions for the perception of humor are:

N
The perceiver has in mind a predominating view of the situation as being normal.

Simultaneity
The N and V understandings are present in the mind of the perceiver at the same instant in time.

In the paper presented by Dr. Regis, she postulates that romance is a genre devoted to feminine writing. It is certainly written by women (although whether it is free from the influence of patriarchy is arguable) and that the room of one’s own urged by Woolf exists, only it is a virtual room. Within that virtual room is a space carved out by the SmartBitches who challenge the norms through humor. Now, norms are not facts, but rather societal norms or perceived truths. We can obviously create our own wrongheaded perceived truths within the genre such as the idea that the Magic Hoo Hoo is saved by the Mighty Wang (terms used by the Smart Bitches on their blog and in their book, Beyond Heaving Bosoms: The Smart Bitches’ Guide to Romance Novels

In sum, Regis argues that through humor, Smart Bitches are implementing the theories of Woolf, Cixous, and Veatch and through humor are challenging the norms and providing a safe place for women who write and who read what women write.

At least this is what I took Regis to be saying in the paper she gave last Friday. In follow up, I spoke briefly about the concept of the virtual community as being a safe place for romance. So many people who write to me and who I meet in person say that they found they found the romance community because they knew no one in their real life who shared their passion. The ease at which readers and authors, scholars and hobbyists, can create their own virtual spaces (blogs, journals, message boards) allows for growth of the community. I’ve always believed that the community of readers, in particular, needs to be broad based, representing our diversity; and well armed.

One thing I did not discuss (or obliquely referred to) during my talk was that the proliferation of intelligent women reading romance has given us not only agency, but also language. I’ve been able to read and absorb the deft responses and defense of the genre by those far more literate and educated in the literature studies and then employ those defenses in other reaches of the internet. By way of example, I compared the infamous blog post by Hilzoy at Obisidian Wings when she called romances “not books” to that of DailyKos Laura Clawson. To me, the front page confessional and defense of the romance genre could not have happened if not for the safe spaces that readers like the Smart Bitches and all those internet readers who came before and all those who will come after, have helped to maintain and create.

I think this Woolf quote embodies the greatness and the need for the romance community:

Without those forerunners, Jane Austen and the Brontes and George Eliot could no more have written than Shakespeare could have written without Marlowe, or Marlowe without Chaucer, or Chaucer without those forgotten poets who paved the ways and tamed the natural savagery of the tongue. For masterpieces are not single and solitary births; they are the outcome of many years of thinking in common, of thinking by the body of the people, so that the experience of the mass is behind the single voice.

– Virginia Woolf, A Room of One’s Own

The point of presenting these papers, I gather, is to engender discussion. I ask you, is the virtual community a room of one’s own as envisioned by Woolf? What do you think are the positives of the virtual community? How can it be healthier? Stronger? What makes it weak? Has it reached its zenith? Where do you see it next year? In five years? Ten? What would you like to see changed? What do you like about the current iteration?