In honor of  Edgar Allan Poe’s 204th approaching birthday (January 19th), a trio of novels that pay him homage: 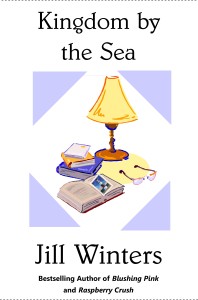 Bethany Griffin’s Masque of the Red Death thickens the plot of Poe’s atmospheric tale by making Prince Prospero the dictator of a dystopian land so corrupt and diseased that it’s robbed seventeen year old Araby Worth of hope. 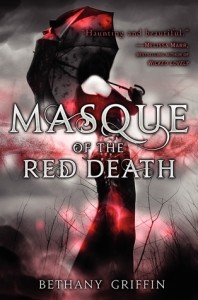 She seeks oblivion in drugs and nightclubs until a rebel movement shakes her from her lethargy.

The Nevermore trilogy by Kelly Creagh takes Poe’s biography and threads of his stories and poetry to weave an eerie paranormal world that is far beyond the previous experience of high school cheerleader Isobel Lanley. 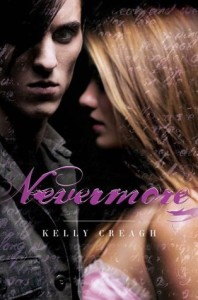 Goth classmate Varen Nethers is also well outside her usual circle, but he makes the perilous dreamworld irresistible.

Jill Winters: My quiet world was safe until…

Bethany Griffin: Tragic, beautiful, desperate, courageous, kind, but absorbed in her own grief.

Jill Winters: …an archives librarian in her late twenties.

Bethany Griffin: …a 17 year old in a broken world. She goes to the Debauchery Club and tries to drown her despair in the oblivion of drugs and alcohol.

Kelly Creagh: …a flyer. A flyer is the person on a [cheerleading] squad who performs aerial stunts, relying on her bases or base to catch her.

What readers will love about your hero:

Jill Winters: Michael is almost fearless, and there’s an effortless kind of chivalry about him.

Kelly Creagh: Varen, a goth, is quite mysterious. He always chooses his words with great care. He’s a writer, and doesn’t want anyone to know what lies between the pages of the black, hardbound sketchbook her carries with him everywhere. He’s not your typical teen heartthrob, but his air of mystery and his calm, cool and collected persona makes him enticing. You’ll want to know what’s going on inside of him and, if you read closely, like Isobel, you’ll catch glimpses of the real Varen Nethers.

Jill Winters: …at the back door.

Kelly Creagh: in an old warehouse.

Tell readers about the Poe connection in your story.

Jill Winters: Poe’s poem “Annabel Lee” (which the title of my novel refers to) is significant throughout the story as my heroine, Nicole, finds clues to her own mystery within the lines of the poem. That’s the overt connection. I’ve also buried a few other Poe references along the way, including allusions to “The Haunted Palace” and my take on “the unreliable narrator” later in the book when a particular villain is apprehended. You definitely don’t need to be a Poe fan to enjoy the story, but it was fun for me to weave in some subtle references..

Bethany Griffin: Masque of the Red Death is a prequel to Poe’s “The Masque of the Red Death.” It’s set in a world where Poe’s Prince Prospero is dictator. The Red Death itself does not manifest until the end of the book, following an earlier plague. By the end of the story we see that Prospero is settling into his abbey, preparing for a great masked ball (which will be a big part of book 2!) just like in Poe’s story.

Kelly Creagh: The mystery surrounding the disappearance and death of Edgar Allan Poe serves as the backbone of the trilogy. In Nevermore, Isobel and Varen are paired together for an English project. Varen, who has been studying and reading Poe, decides that they will focus their project on the life and works of the famous dead poet. During their research, mysterious things begin to happen. Isobel discovers that Poe went missing for five days before being found, insensible, in a Baltimore gutter, unable to say what had happened to him and wearing someone else’s clothing. Soon, a cloaked and masked man calling himself “Reynolds” begins to appear to Isobel in mirrors and in dreams. Strange invisible entities haunt her—and it all ties back to Poe.

Poe carries fairly specific reader expectations with him. What single scene, setting, or character from your book do you think will most put readers in mind of Poe?

Jill Winters: An early scene in Kingdom By the Sea finds Nicole sitting in the dim glow of her aunt’s library during a ferocious rain storm when she’s nearly startled to death by a black bird flying straight toward the window. 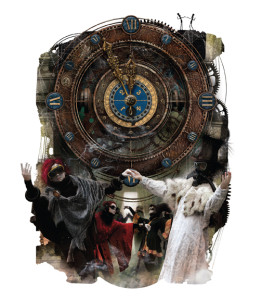 Bethany Griffin: Doing a re-imagining of a Poe story was a HUGE challenge. I think that the tone and the atmosphere are reminiscent of Poe, without suggesting that anything I write could ever touch his atmosphere or tone…the scene where I tried to use the most direct references to Poe (besides the Masked Ball in book 2) is the scene in Prince Prospero’s throne room where there are stained glass windows, instruments of torture, and all sorts of peculiar entertainments. Also, I asked Kelly Creagh how she would answer this question if she was me (I’ve been on cough meds all week, sorry, the brain is moving slowly), and her answer was brilliant: “Poe once said that the most poetic topic in the world was ‘a beautiful dying woman’ and Araby and April are beautiful girls caught up in this decaying world. April, in particular, is attracted to glamor and glitz. Poe liked to juxtapose beauty and death constantly, so I think Masque certainly taps in on that.”

Kelly Creagh: In Nevermore, the scene that channels Poe the most, I think, would be the masquerade scene. This is a difficult question, though, since Poe saturates so much of the series. Mostly, the biggest Poe-influenced moments happen in the last quarter of each novel.

Imagine Poe as a writer today. How do you think he’d manage?

Jill Winters: Poe’s work is filled with extremes. So I think Poe might be a fanatical blogger. His would be the most frustratingly wordy yet beloved blog–updated more than once a day and full of subtexts.

Bethany Griffin: I don’t think he’s visit Goodreads very often! Or if he did, he’d start some drama over there. Poe was pretty outspoken and opinionated…I don’t really know how he would react to social media, instantaneous communication, and the constant feedback that authors get on their work in the computer age. It would certainly be fascinating.

Kelly Creagh: He would feud and those who dared to feud with him would no doubt be very sorry that they ever crossed pens/keypads with him. In his day, Poe was a fierce literary critic. He could deliver very favorable reviews, but he would also publish very cutting and slashing reviews. He was often referred to as the “Tomahawk Man” because of how biting his criticism could be. As a writer, I think he would fare very well if he could manage not to make too many enemies with too many stinging remarks. The paranormal and physiological horror are genres that are still going strong today and I think Poe would have been as big a force in modern day literature as he was during his own era.

Most people know Poe from their school anthologies. What’s a lesser-known work you’d recommend to readers?

Bethany Griffin: Maybe “Ligea”? Or “Berenice,” though that one was considered violent and disturbing in Poe’s time. “Berenice” shares many themes with my favorite Poe story, “The Fall of the House of Usher,” but is less well known.

Kelly Creagh: I would absolutely recommend “William Wilson.” It’s my favorite work of Poe’s and one that is not often included in school readings or anthologies. It’s a creepy and wonderful doppelganger story and one of the reasons I love it so well is that it searches that question of duality and who we really are deep down inside. This tale also explores the dark side and the light side that is in each of us, and I love that. I find that duality is a common theme in my own work and so “William Wilson” really spoke to me.

2013 sees the 204th anniversary of Poe’s birth. What would you give him as a present?

Jill Winters: One of those stuffed animals that say, “I love you, I love you,” in a creepy voice when you press its belly. (Preferably a black cat.) I think he’d get a kick out of it.

Bethany Griffin: I would give him a couple of tortoise shell cats to hang out with Catterrina. One is never enough. I might even donate one of mine. (I have two torties and two calicos.)

Kelly Creagh: What a great question. What would I give him? Hm. I think what I would love to give him most would be a collection of letters and responses from readers who have enjoyed and been influenced by his works, including a letter from myself. I’d want him to know how much his art has touched the lives of so many. While Poe was famous for writing “The Raven,” he did not receive an abundance of recognition for his work during his lifetime. I feel like he always wandered the earth a little lost and melancholy, especially in regard to his career. Poe was one of the first American writers to try to make his living solely off of his talents as a writer. I would like to show him proof of his lasting legacy on a personal level, and I’d like him to know how much he still means to the world of readers, writers and dreamers.

Jill Winters: I’m currently working on the second book in my new mystery series featuring part-time newspaper reporter and graduate student, Caitlyn Rocket. The first in the series, The Unprintable Big Clock Chronicle, was released last year. Although the books are mysteries, there is a romantic arc that will develop over the course of the four novels. Also in the works is a contemporary romance novella due out next Christmas. And I am thrilled to have my backlist of contemporary romance titles re-issued for Kindle and Nook and available now to a whole new crop of readers.

Kelly Creagh: I’m currently working on a book that I love dearly. It’s been years in the works and I have my fingers crossed for this one. There’s nothing official yet happening with a project after Nevermore, so I won’t say anything specific, but the novel I’m writing now is very different from the Nevermore trilogy, though it still carries the Kelly Creagh stamp of weirdness and imagination! [Note: Enshadowed, the second book in in the Nevermore series, was released in August 2012.]

Jill Winters: I don’t recall a specific book, but a poem: “Terence, This is Stupid Stuff” by A.E. Housman. Something possessed me to memorize the entire poem when I was a kid even though I didn’t fully understand it.

Bethany Griffin: Lord of the Rings (fourth grade would’ve been the second time I read it to myself).

Kelly Creagh: The Indian in the Cupboard! I still love that novel so so much.

Leave a comment for a chance to win one of the featured books–let us know your favorite of Poe’s works, or what you’d give him for a birthday present. And many thanks to Jill, Bethany, and Kelly.