For Gay Pride week here at DA, I decided to interview a group of my favorite authors and bloggers about creating authentic LGBT characters. Laura Goode, Radclyffe, Georgia Beers, Kirsten Saell, Mfred, and Leah all agreed to answer my questions. 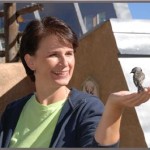 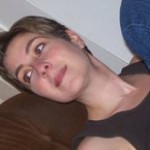 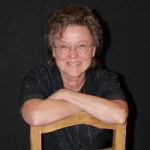 Mfred: I’m Mfred, a queer librarian living and working in Washington, DC.  I love romance novels, zombie movies, cold beer, and my cat.  I spend way too much time on the internet, over at http://mfred.tumblr.com

Radclyffe: I write lesbian romance, romantic intrigue, and erotica as Radclyffe and a paranormal romance series (Midnight Hunters) as L.L. Raand. I am also the publisher of Bold Strokes Books, an independent LGBTQ publishing company www.boldstrokesbooks.com.

Georgia Beers: I have published 7 lesbian romance novels, with an eighth on its way in October. I live in upstate New York with my partner of 17 years and our dog and cat. My website is www.georgiabeers.com.

Laura Goode (bio): Laura Goode‘s first novel for young adults, Sister Mischief, is forthcoming from Candlewick Press on July 12. She lives in San Francisco, where she roams the streets in search of passing divas and noir-y neon signs to put in her new mystery novel.

Kirsten Saell writes bi, straight, and ménage romance for Samhain. http://www.kirstensaell.com/
1. How can you tell an authentic character from a stereotype?

Georgia: I find if the character’s sexuality doesn’t define them, if it’s simply one aspect of them, one fraction of the whole personality, it rings much truer for me than a character who is a lesbian first and everything else second. Favorite authors of mine who are very good at creating believable LGBT characters are Ruth Perkinson, JD Glass, Karin Kallmaker, KG MacGregor.

Mfred: Stereotypes are pretty easy to spot. One minute you are cruising along, enjoying your special reading time; and the next you are either bored or enraged—because that is what stereotypes do, right? They bore by being flat, cardboard characterizations that you have seen a million times over, or they enrage by embracing all of the demeaning and insulting generalizations ever made.

I think the most authentic characters are ones that inspire a sense of kinship. These characters feel like real people, even when they are in small, secondary roles.  Authenticity, to me, means understanding that my sexuality defines me to the entire world and also not at all, at the same time, every day of my life. That I am complicated, beautiful, and weird, just like every other human being on the planet.

Leah: A character who is a stereotype only will be one-dimensional. There are authentic lesbian/bi characters who have stereotypical traits, however, the difference is they are portrayed as complex people.

Laura: That’s easy–relatability. If you can relate to a character, even–maybe especially–if you don’t like that character, the character has depth and complexity. No one empathizes with a cardboard cutout.

Kirsten: I don’t know that there’s one definitive way to tell an authentic character from a stereotype. A character can represent a lot of stereotypes and still be authentic, just like actual people can. The difference, I think, lies in a fairly deep exploration of their goals/motivations/conflicts. In essence, complexity is what makes an authentic character.
2. What is your biggest pet peeve about the way lesbians are portrayed in fiction, television, or movies? Is there a common mistake or an insulting attitude that you see frequently?

Radclyffe: Television in particular attempts to make lesbian and gay characters so acceptable to the general viewing audience they de-sexualize the characters.

As to problematic attitudes: Internalized homophobia wins hands down–lesbians who put down other lesbians because they look or act “queer” or refuse to hide who they are.

Georgia: My biggest pet peeves are the stereotypes. Yes, there are masculine lesbians and that’s perfectly fine, but that’s not all of us. I don’t like the common assumption that if a lesbian doesn’t stereotypically look like she’s gay, she’s probably still attracted to guys. I don’t like when a lesbian couple is portrayed as one who’s masculine and one who’s feminine. It’s lazy writing. I think the biggest insult (especially on TV) is when the bisexual woman always ends up with a man.

Mfred: I believe I have a list of peeves right here in my flannel shirt pocket, next to the keys to my Harley, right by my FEMINAZI MAN HATER identification card.  Did I leave it in my frumpy, hemp-based vegan pants, next to that guide on wymyn wiccans?  No, I know, it’s tucked into my giant bag of deviant sex toys that I use deviantly with my hundreds of sexual partners, while I wait for Mr. Right and his Mighty Wang of Magic to save me from this lesbomanic lifestyle.

I truly, really hate that there appears to be some grand mystery to lesbian sex.  I hate that strangers feel comfortable asking me (or Ellen DeGeneres), “but seriously, how do you have sex?”  I mean, really?  It’s not rocket science.

Leah: My biggest pet peeve is that the portrayals are stereotypical, ie the butch, male hating, ultra feminist lesbian, as if all lesbians are butch and or hate men. Or they are sexually confused until a good man comes along to show them what they’re missing.

I also hate when bi women are portrayed as flaky and indecisive. Or that they are hanging with a woman to turn on a man or to go with the trend of it being cool to kiss a girl. I really hate when a girl kiss is thrown in on a TV show just to amp the ratings, when there is no relationship really.

Laura: Of course queer women have long been sick of being portrayed only as mannish. I also think there’s a waning, but still prevalent, attitude that female-female love and sexual attraction somehow “doesn’t count”, or counts less, or is endemic to a “phase”, that I find phallocentric and irritating.

Kirsten: My biggest pet peeve about portrayals of lesbians? I suppose it’s that most of the time, if a woman is sexually attracted to other women, she is automatically assumed to be a lesbian. Bisexual women don’t seem to exist outside of “male gaze” venues. Take Willow, on “Buffy the Vampire Slayer”–straight to lesbian in the space of one season. Susan on “Seinfeld”? She was straight. Then she was a lesbian. Then she was straight again. The idea of her being bisexual and monogamous was…just not even part of the cultural consciousness.

3.  Do you have a favorite gay romance?

Laura: The love affair between Stephen Gordon and Mary Llewellyn in Radclyffe Hall’s The Well of Loneliness both thrills and breaks my heart. In more popular culture, the relationship between Idgie Threadgoode and Ruth Jamison in Fried Green Tomatoes is equally bittersweet, I think. It’s more explicitly lesbian in the book, Fried Green Tomatoes at The Whistle Stop Cafe, but was toned down for the movie.

Mfred: I think my favorite romantic lesbian movie is But I’m a Cheerleader.  That movie just makes me happy.  It’s darkly funny, sly, silly, and also so very romantic.  And yeah, Clea Duvall.  Sigh.  One day, Clea Duvall and I are going to make out (after I wash her hair).

Leah: Karin Kallmaker’s All the Wrong Places and Turning the Page by Georgia Beers. For bi characters, I recommend any of Kirsten Saell’s or Paisley Smith’s books as well as Jessie’s Girl by Amber Scott, La Bonne by Michele de Lully, and Je Me Rends by Kai Lu.

Kirsten: My favorite gay romance is actually a bisexual romance: Swordspoint, by Ellen Kushner. It’s an awesome book, with a complex plot and gritty protagonists who are by no means completely good or admirable.

4.  Can you offer any advice to straight authors writing gay characters?

Radclyffe: I think it’s important to show characters who are proud of their queer identity, even if within the context of the story being queer might be difficult. Gay and lesbian characters should be created the same way every other character is created–as multifaceted people with the same fears, dreams, and desires as everyone else. On the other hand, what distinguishes us as a subculture is that the object of our sexual and emotional passion is a person of the same sex. That fact affects how we think of ourselves, how others view us, how we interact with others, how we form relationships — the sexual aspect of being queer ought to be acknowledged even if sex itself is not part of the story.

Georgia: Make your characters real people, with qualities that go beyond being lesbian or gay or bisexual or trans or straight. Go deeper. I am a lesbian, but I’m also a daughter, a partner, a writer, Italian, tall, the oldest sister, an aunt, artistic, quiet, sensitive. There’s so much more to people than one aspect of their personality. Use them all.

Kirsten: Make them human first, gay second. When you start with a complex human character who happens to be queer, then even if their queerness is a major plot point or conflict within the story, it won’t take over. It’s when you start with gay and then try to add the human that the story’s GLBT elements completely take over and you end up writing stereotypes.
Mfred: Don’t make jokes out of queer characters.  Subvert stereotypes, don’t embrace them.  If your advice-giving hair dresser is also an effeminate gay man, then make sure he gives the best advice ever written in the history of hair salons.  Gay people are not asexual coat hangers for straight women to hang all their boyfriend problems on.  Also consider giving him a shout out in your epilogue. Realize that we, like a lot of minorities, are often left out of those Happily Ever Afters.  Give us one.

Don’t use queer characters to make speeches or embody political platforms.  Being gay is not character development.   If you are going to write queer, it’s because the character IS queer, and there is no other way for that character to be written.

Spend a little time googling the following terms: heteronormative, unpacking the invisible knapsack, privilege, cisgendered, stonewall, Reagan’s AIDS speech.  Then google autostraddle, dorothy snarker, ivan coyote, the queer fat femme guide to life, bklyn boihood…  Follow the links and read all the comments, until you know what a Biebian is and get why it’s funny.  And then take a deep breath, remember there is no way to make all people happy all the time, and just write a really good book.

Laura: I think true love knows very little of genitalia or self-identification. If you can write love well, it doesn’t matter who your characters love.

Thanks so much to everyone for participating! Discussion and questions are welcome.