My First Sale by Susan Crandall 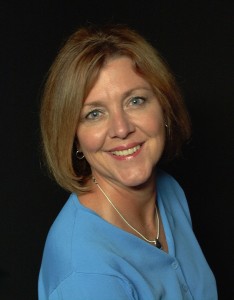 Welcome to the My First Sale series. Each Friday, Dear Author posts the first sale letter of bestselling authors, debut authors, and authors in between. Susan Crandall writes romantic suspense. Her newest release, Seeing Red, is in stores now.

Like so many things a person spends every waking hour working toward and every sleeping hour dreaming about, my first sale didn’t come in a thunderbolt from the sky. It arrived like a beautiful, slowly breaking dawn – after a very long cold night.

I had been writing and pursuing publication for nine (count "em nine) years. My first manuscripts were co-written with my sister (one of which was agented but never sold). I’d just finished my first solo women’s fiction novel, BACK ROADS. I’d decided if this book didn’t sell, I was through. (Big talk that would doubtless soon have dissolved into, "Well, just one more book, then I give up." Once it’s in your blood, I don’t think there is any exorcising the need to write.)

The first step was finding an agent. Which for those of you going through the process know is the same challenging path as finding a publisher – query letters, followed by sample chapters, followed by full manuscripts, often followed by rejection letters. Luckily out of the interest I received, I connected with an agent who was totally in love with this book, as well as my writing in general. This, I believe, is key. I truly feel an agent who is luke-warm about your work is worse than no agent at all. 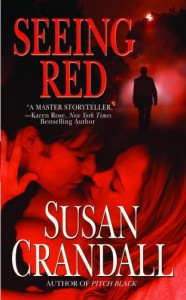 When we got publisher interest in the book, it wasn’t what I’d anticipated. Warner Books (which is now Grand Central Publishing) was interested, but wanted revisions – without a contract. There were also other publishers interested, but, after some painful deliberation, I decided to take the risk and go for Warner. They sent a revision letter. Of course, this was my first experience with a revisions requested by an editor. I anticipated things like, "In chapter three you need to do X. On page forty-seven you should change Y." Ha! There was nothing so specific. At least most of the problems they felt the book had were in the last half. And I was able to have a conversation with my soon-to-be editor to discuss it, which helped. I forged ahead and two weeks later, resubmitted the revised manuscript.

Then I waited. (You’ll notice I’ve left out all of the waiting in the above, but believe me there was plenty of it).

And I waited some more.

BACK ROADS was published in June 2003. It was a double RITA nominee and won the RITA for Best First Book in 2004. I’ve since published eight novels with the same editor and publisher and received another RITA nomination (ON BLUE FALLS POND). My newest release is a romantic suspense, SEEING RED.

→ Jane
Previous article: Thursday Night Links of Audio / Video
Next Post: Kindle Books Coming to an Iphone Near You