My First Sale by Stephanie Rowe

Welcome to the My First Sale series. Each Monday, Dear Author posts the first sale letter of bestselling authors, debut authors, and authors in between. Stephanie Rowe is a multipublished author whose latest work, Kiss at Your Own Risk, is in stores now. 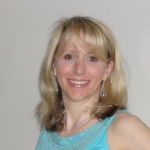 What do I want to do with my life?

That was the question I asked myself in 1997, when I was looked ahead at my career path and realized it wasn’t what I wanted to do. So, what did I want to do?

I wanted to write. I confessed my dream to a friend who’d been in the business. His reply? “It’s so hard to succeed. You’ll never make it. You’re never as good as you think you are. It’s impossible.”

So, I ignored him, and I started to write.

I was working a full time job, so I got up at 3:45 in the morning to write before work. I wrote at lunch. Then I crashed when I got home. I worked all day on the weekends. I queried. I entered contests. I got rejected (over 130 times). I failed to final in contests (over 90 times). I started new books (a lot-)

And then I finaled in the Golden Heart, the biggest contest for unpublished romance authors. Whoohoo! This was it! I was in!

Then I finalled in the Golden Heart the next year again! This time I got an agent. Whoohoo! We were in!

A year went by. More rejections. But I believed and I kept writing new books. My agent was so loyal and so dedicated, and she believed, too. I gave her my 18th completed manuscript, and she sent off the partial.

An editor called. Raving! “Show me the rest of the book!”

And then, one day, I was sitting in my cubicle at work, and my agent called. My heart started thumping like crazy. Could this be it? The moment when my life would change forever? I answered the phone.

I heard her cheery voice. “Hello, my dear! I wanted to talk to you about your plans for National.”

“Oh.” Sigh. She wanted to talk about plans for the conference we were both going to in July? The conference where those who’d made their first sale get a pink ribbon on their nametag. “Sure. What’s up?”

“Well,” she says. “I want to know how you feel about wearing a pink ribbon at National.”

Tears welled up, my throat closed and I couldn’t speak. Emotions overwhelmed me. My hands started to shake. After 18 books, 9 partials, and countless rejections-it was real. I’d done it. I had done it! And twenty-five books later, I’m still doing it.

People often respond to my story, because it gives them hope that no matter how hard it feels to accomplish their dreams, they can get there. I’m happy about that, because I want people to never give up. But I also believe that it doesn’t have to be difficult to reach your dreams. You don’t have to endure what I went through. It’s okay for you to decide that you deserve to have your dreams come easily and effortlessly. Take my story as an inspiration that you can get there even if it seems like the road is too arduous, but hold as your model those people who sold their first book and coasted through. They’re the ones who believed in their dreams, and believed that it could happen easily, and then they made those visions their reality.

I used to pride myself on my struggle to get published. I felt that it made me more worthy to have suffered and failed first. Today, I have a different opinion. Today, I open myself to letting my dreams come true effortlessly and easily, to allowing life to simply be easy and fun. I am inspired by those who allow their dreams to unfold the way they want. Those folks get into alignment with their dreams, they find peace with their vision, and they enjoy the journey.

If you’ve been struggling to accomplish something you want, allow yourself to stop fighting so hard. Know that you deserve to have it, and for it to be effortless, easy and fun. Enjoy the ride, and open your heart to success, and then things will start coming your way that you couldn’t see before because you were too stressed or struggling to notice them.   We all deserve to have magic happen in our lives. Believe it, enjoy it and watch the world shift to make way for you. 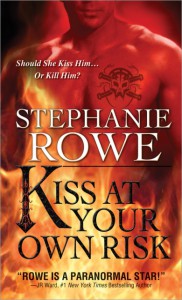 He needed a killer woman-

Blaine Underhill is one lucky man after having recently escaped a century and a half of imprisonment at the hands of an evil witch. Now he's determined to save his still-enslaved friend, but in order to do so, he'll need the help of one of the world's most lethal women.

She was drop dead gorgeous, literally-

Trinity Harpswell is sick and tired of being a Black Widow. Having managed to go three years without accidentally killing anyone she loves, she's one short week away from freeing herself from this killer curse forever.

When Blaine tracks her down and convinces her to help him, little does Trinity know that the next seven days are going to be murder!

About the Author: Four-time RITA ® Award nominee and Golden Heart ® Award winner Stephanie Rowe is a nationally bestselling author of more than twenty books. A life-long reader, she began crafting stories at age ten, but didn’t realize it was her dream until she was an adult.

Once the light dawned, she immediately left behind “work” as the world defines it and went to “work” as she defines it, which means getting up every morning with a smile in her heart so she can spend the day doing that which makes her spirit sing.

Stephanie believes in learning to listen to your heart in order to figure out what your dreams are, and then opening yourself to the inspiration that will direct you there. She believes we all deserve the right to enjoy life, that the ride should be as easy as we want it to be, and that we all should accept nothing less than making our dreams come true.

Stephanie lives in New England, and spends every day doing her best to fill it with people, observations and activities that uplift her soul, which include writing, tennis, friends, and her amazing family. Visit Stephanie on the web at www.stephanierowe.com.