My First Sale by Shana Galen, The Making of a Duchess 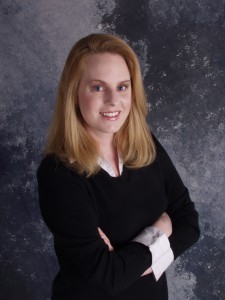 Welcome to the My First Sale series. Each Monday, Dear Author posts the first sale letter of bestselling authors, debut authors, and authors in between.   Shana Galen’s latest novel, The Making of a Gentleman, is in stores this week. Shana Galen is the author of five Regency historicals, including the Rita-nominated Blackthorne's Bride. Shana is working on the final book in the Brothers of the Revolution series, The Making of a Rogue, which will be in stores in 2011. She loves to hear from readers: visit her website at www.shanagalen.com.

A long time ago in a galaxy far, far away I wrote a book about a girl who loved Star Wars. It was a departure for me as I'd been writing Regency historicals, but chick lit had just taken off and several agents told me in no uncertain terms that the historical was dead as dead could be. So I figured why not try a contemporary?

I ended up with a book I called Jedis, Wookies, and Other Men I've Dated (later The Good, the Bad, and the Ugly Men I've Dated). At the same time my agent was submitting Jedis, I also managed to final in the Golden Heart (a contest for unpublished authors sponsored by the Romance Writers of America) with an historical I called The Rake (later When Dashing Met Danger). Yes, I knew historicals were deader than a door nail, but I was a glutton for punishment.

The final judge for the Golden Heart was May Chen of Avon Books. Meanwhile, Jedis sat on Erika Tsang's desk, also of Avon.

I was teaching 6th grade English in Houston's inner city at that time. I wasn't supposed to have my cell phone on in the classroom, but I had forgotten to turn it off when I stuck it in my desk that morning. Imagine my surprise when it rang in the middle of 4th period. At first I thought it was one of the kids' phones, and I was giving the whole class my you-are-in-big-trouble-now look. And then some helpful little girl said, "Miss, the ringing is coming from your desk."

Now, I was the one in trouble (kids love to tell you when you've broken the rules, don't they?). I should have ignored the phone, but I decided to go to my desk and turn it off. When I saw my agent's name on the screen, I forgot all about the kids and answered the call. He asked if I was sitting down, and I sat. The kids by now were in heaven-‘throwing paper, talking, and getting out of their seats. I didn't care.

Over the din of thirty 12-year-olds, I heard my agent say something to the effect that Avon wanted to offer me two two-book contracts. One for my historicals and one for my chick lits. I was speechless, especially when he told me how much they were willing to pay. It wasn't a lot, but it was more than I'd expected, and it was times four books.

I looked up at my unruly classroom and wondered if I could quit right then. 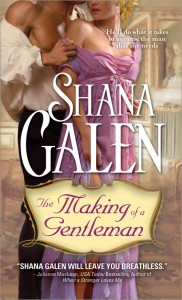 Five years later I got another first sale call-‘at least it felt like a first sale to me. See, what most people don't realize is that as hard as it is to get published, it's even harder to stay published. In May 2009 I hadn't had a book out since November 2007. Avon and I had parted ways. My agent and I had parted ways. Chick lit had died a bloated, overstocked death. Historicals were still hanging on, and not everyone was claiming they were dead anymore.

I had a new agent and a new historical series. All I needed was a new publisher. After school-‘by then I was teaching 7th grade English at a better school and always turned my phone off during class-‘I got a call from my new agent. Sourcebooks wanted to buy my three-book historical romance series.

As excited as I was to sell those first books, I was even more excited to sell the Sons of the Revolution series. There's nothing like having something you want taken away to really appreciate it. And there's nothing like having the opportunity to write the book of your heart, knowing it might never sell but writing it anyway because at that point, what did I have to lose?

What about you? Have you ever had a dream and been told it's as good as dead?