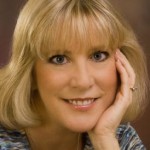 Roxanne St. Claire first came to my attention from a friend of mine who thought I would enjoy her new BulletCatcher series. My friend was right. The BulletCatcher series is “an elite group of security and protection specialists who are considered the cream of the crop of contract bodyguards.” I have found the series to be just as advertised: strong men, strong women, fast action and very sexy. I also had the pleasure of meeting Ms. St. Claire at RWA this year and found her to be a fun combination of proper lady and wicked sense of humor. First You Run is out now and the start of a new trilogy of BulletCatchers.

As the new millennium loomed and we all braced for the digital Armageddon of Y2K, I battled with my own fear of failure — the four numbers in the right hand corner of the calendar would change, my Mr. Coffee would be frozen at 12:00 for eternity, and I would not yet have written the romance novel I’d fantasized about since I drafted “Here Come The Brides” fan fic in sixth grade. (Am I the only one who thought Joshua was the cutest of the Bolt Brothers?)

Motivated by the clock and calendar, and an idea that had been teasing me, I started a manuscript in August, 1999. I chose an astronaut hero because I live near Kennedy Space Center and I didn’t think I’d ever read an astronaut hero (ahem, red flag) plus the local paper was a daily source of research. I chose a PR professional heroine because I was one, but I made her better than anything I’d ever been – flawless, witty, rich, and, worst of all, so freaking healthy she ate egg white omelets while she mused her backstory. For several pages.

I wrote a meaningless prologue describing the launch of the space shuttle because I thought the book should start with, well, a bang. And then I crafted a killer conflict: he is a man of science who is only worried about safety, she is a spin doctor who wants to turn him into NASA’s poster boy to make space sexy again. (I know, I know. Impossible to believe it never sold.)

I called it STARSTRUCK – a clever play on the theme, the premise, and the poor ambitious author. I finished the first draft the day after Christmas, with five days short days remaining until the end of the world.

When that didn’t happen, I attended my first local writer’s conference, discovered RWA and launched my rocket man into the publishing heavens. More accurately known as the black hole of hell. On the way, he and I were flattened by the criticism asteroid, sucked into the rejection vacuum, and left to die on a planet ruled by contest judges who condemned the word “was.”

So, I learned. I learned how much I didn’t know about anything. I learned the craft, the industry, the players, the life. While I revised my manuscript into a totally different book (but still the astronaut and his PR girl), I traveled to conferences and met editors and agents and lots and lots of writers. I entered contests and finaled – even won a few. (Despite that wayward was.)

Somewhere in this time, I began to believe. I mean, I really believe, that selling a book – no, having a full time career as a romance writer – was the One Thing I Wanted Most in the World. Fueled by that goal, I created a database of submissions, turned my office into a printing shop, kept “five alive” every single day, sending another query the day a rejection came in, careful not to tear-stain the pages. Oh, and I optimistically quit my job and swore to my husband that it would happen, despite the odds that our nine-year-old Little Leaguer was more likely to play for the Yankees than I was to sell a book.

About a year and thirty five rejections later, I finally got an agent and the first thing she told me to do was to write another book. No rockets, this time. My daughter hadn’t even started pre-school, so I had to write between 5 – 7 a.m. and the running time of The Wizard of Oz. (To this day, when I hear “I’m melting…” I think, write faster, write faster.)

I finished that manuscript about the time the last astronaut book rejection reentered the atmosphere and crashed on my doorstep. Then it all started again, the submissions, the waiting, the initial rejections, the dashed hopes, the longing and longing and aching for a happier ending.

I was folding laundry at the precise moment that it happened. I remember that I didn’t stop, even when I heard my agent’s voice. I shouldered the phone and watched my fingers tremble over my son’s Derek Jeter T-shirt when she asked if I was sitting down. On January 28, 2002, at 3:27 in the afternoon, I learned that Pocket Books wanted to buy my second manuscript, TROPICAL GETAWAY, for publication one year later as a romantic suspense. Drafted by the Yankees indeed.

And in retrospect, it really wasn’t that difficult.

Because retrospect is a mind-numbing drug that dulls pain and erases memory. So while I can’t quite remember the pain, neither could I totally capture the delirium and joy that happened six years and many books ago. While writing this blog, I emailed a good friend who is an email pack rat of the highest order and asked her if she had anything I’d written to her around the time of my first sale. In less than ten minutes, she sent me back the email she’d received from me the day after I sold. I said:

I must be peeled from the ceiling immediately. I had a day to remember – one for the books. I am dancing on air, I can tell you. My editor (love that!) called me after she and my agent finalized the deal and said things that every writer dreams of hearing from an editor…”the most richly textured book I’ve read in a long time”…”the characters were in the room with me – I could hear them”….”superb villains”….and much, much more. She thanked ME for being patient and told ME she was having champagne tonight because she’s wanted to buy this book for so long. I’m reeling. And get this. When she presented the book to the exec editor, the response was, “Oh, I know that name. She wrote the astronaut book.”

There I was, starstruck.