My First Sale by Robyn Carr 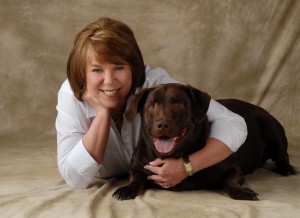 Robyn Carr really broke out with her Virgin River series. Readers became so enamored with the series that they launched their own site called “Jack’s Bar”, a local watering hole for Marines who have made Virgin River their home. This year was the second time that Robyn met with the “Jack’s Bar” gals at RWA. Virgin River is a fictitious town set in the redwood forests of northern California. The Fourth Virgin River book, A VIRGIN RIVER CHRISTMAS, will be published in November by MIRA Books, and there will be three new Virgin River novels in February, March and April of 2009, with more contracted for 2010.

Carr writes books for woman. According to her biography, “The greatest compliment I have ever received came from one of my readers who labeled me “a woman’s woman.” She told me I wrote as knowingly about being single as being married, about being old as young, about the happily married and someone suffering from spousal abuse.”

As I write this column, my three-month-old granddarling is finally having her nap on the leather ottoman two feet behind my desk chair. I’m babysitting, because her full-time sitter is on vacation. Just a couple of days. But as I do this, I’m trying to recall how it was I actually wrote books while held captive by two babies. In fact, I’m trying to remember when it is you go to the bathroom. And I am failing.

It’s not a new story–half the women writers I know embarked on this journey while at home, raising a family. It’s not that young mothers are smarter than everyone else (although it’s arguable!). But we have an opportunity, because children actually do sleep. Eventually.

While my husband worked and I managed the house and children, I began to write. I was a kid myself, and the children were five months and two years old. I had been reading romances voraciously, a few a week, and I thought, Aw shoot, anyone can do this. Well, no, it’s not that simple. But that was the thought that got me going. And then I was trapped by sheer pleasure. It was more fun to write them than read them! Even if what I was writing was unadulterated crap, I thought it was brilliant. I was writing in longhand on lined paper in between loads of laundry, diaper changing, cleaning and cooking, like so many of the women I would come to know through writers’ organizations.

First came a typewriter–a huge expense for me at that time. Then a writers’ group that critiqued. Back then, we made carbon copies. Nasty, messy carbons. Copying cost about fifteen cents a page. Sixty dollars for a copy? That was my weekly food budget! And I used White Out by the gallon. That final manuscript usually looked like pop art. And it was valuable! It wasn’t instantly reproducible.

My first writers’ group had a couple of experienced writers present, and when they told me that most people get tons of rejections before they sell, I actually believed them. When they said you could only submit to one publisher at a time, I believed that. Even though it was expected, rejection was painful. So I began a process–as soon as I mailed a manuscript, I wrote the cover letter and addressed the envelope for the next one. That way, when the book came back with a big No Thank You, I would slip it into the next envelope and send it off before I had time to think about how disappointing that was. Disappointment could cost you one, maybe two weeks of down time.

A couple of years into this adventure, I found an agent in Texas. He had experience in publishing but hadn’t sold a book for an author yet. He took on my third completed effort, because I had gotten positive responses on my rejections. Reponses like, "No thank you, but I’d like to see your next one."

In the meantime, we moved to California. The agent, braver and smarter than I, sent the manuscript to several publishers and reported in with each rejection. I was caught up in trying to buy my first house, get the kids enrolled in preschool, figure out how to get around town, trying to make new friends. Meanwhile twelve of the thirteen publishers submitted to rejected my manuscript. Pretty much convinced the book wasn’t going to sell, I concentrated on unpacking boxes and chasing little kids. And then the phone rang–Little, Brown & Co. had made an offer. They wanted to publish it in hardcover.

Roughly three years and three completed manuscripts later, I had my first deal. And of course my husband was out of town, and I had no friends yet. This was before RWA, so there were only those people I knew from my old critique group back in Texas. After I made a couple of long distance calls, I remember that I waxed the floor.

The next morning, I signed the kids up for a community parks pre-school. Bursting with my private joy, I told the pre-school teacher. She was so nice to me, congratulating me effusively, as though we went way back to childhood. The next day when I showed up with the kids, she had baked me a cake in the shape of an open book. Chelynne by Robyn Carr was iced on the pages.

Miss Janet is still a good friend to this day. Our kids have grown and married; Miss Janet still teaches pre-school. And I still write books.

Now, in addition to writing novels, I host a visiting author’s program for my public library system, as a community service. It’s called "Carr Chat," and I have the privilege of interviewing authors before a live audience and learning about their creative process, sources of inspiration, works in progress–everything and anything about writing. Including how they celebrated their first sales. I hold the singular distinction of being the only writer who celebrated with cake and floor wax

→ Jane
Previous article: On the Question of Whether Stephenie Meyer Is a Racist
Next Post: Random House Cancels Book About Prophet Mohammed