My First Sale by Nathalie Gray 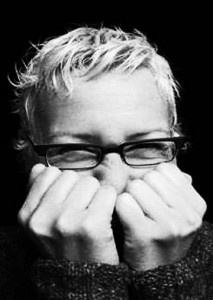 Welcome to the My First Sale series. Each Monday, Dear Author posts the first sale letter of bestselling authors, debut authors, and authors in between. Nathalie Gray writes science fiction and paranormal romance, some of which have won awards (including an RT for best futuristic romance). Nat also creates cover art as Kanaxa. When she's not doing either of these things, she can be found in her impregnable fortress under the arctic ice sheet, plotting world domination.   Her latest stories can be found in The Mammoth Book of Paranormal Romance 2.

Thanks for letting me play! I promise not to say (too many) bad words. At the risk of sounding like a goof (which I am, and proudly, too), I began writing not at the tender age of two with crayons held in my chubby fist, but at the substantially less youthful age of thirty. By then, my hand was no longer adoringly chubby but rather well-worn from a career in the military and a brand new baby (they're hard on the hands, the little critters!). After taking stock of the dents in my wall from various encounters of the bookish kind, I foolishly decided that I could do this shit, I could write stories, better stories even, where heroines kicked Le Butt, and crushed the villain. Almost on a dare with myself, I began to write. Ten pages, fifty, six-hundred. I began to send these ridiculous and pitiable attempts to agents and publishers. Some of them must have taken pity, because I began to receive not only form letters, but personal rejections. I received *personal* rejections! Only writers enjoy those. 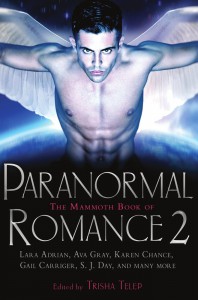 In June of 2005, five years after writing my first page, I sent my latest babbling to a publisher. Two weeks later, I received an email from a lovely editor whom I have since then dubbed Madame M., and could I please send the full manuscript.

I'm sure my neighbours remember that day as clearly as I do. So does my dog, no doubt. Unless you live in a strange neighbourhood indeed, it's not every day a gangly woman bursts out of the house, jeans rolled up from cleaning a flood in the basement and spiky hair a mess, waving a piece of paper quickly becoming limp and sad-looking as she dashes through hedges four houses down to her BFF so they can partake in squeeage and OMGitude.

Since then, I have sold books to Ellora's Cave (Hi EC, my very first publisher!), Red Sage, Samhain, Constable & Robinson, and Running Press. If my latest manuscript is accepted for publication, it will become my 40th title sold.

→ Jane
Previous article: Reading with Android 101, a reading app guide
Next Post: REVIEW: Heating Up the Holidays by Marcia James