My First Sale by Monica Burns 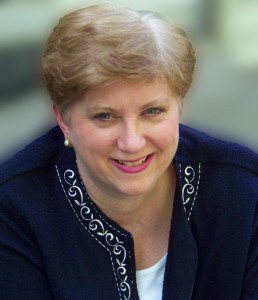 Welcome to the My First Sale series. Each Monday, Dear Author posts the first sale letter of bestselling authors, debut authors, and authors in between.   Monica Burns started publishing in the epublishing realm beginning in 2006.   Kismet is her first traditionally published novel.

I'm proud of my ePublishing roots, but I've always hungered for that Holy Grail of writing, a New York contract. In 2007, my agent (the wonderful Deidre Knight) encouraged me to develop something in the paranormal subgenre. I love history, so I decided to build a modern world steeped in historical traditions with telekinetic heroes and telepathic villains. The proposal went out in late spring 2008 and the wait began.

One October Sunday afternoon, I was playing with my new phone. Not a good use of writing time, but I did find some cool ringtones. I decided to get cute and use When You Wish Upon a Star for my agent's number. Keep in mind we email, she NEVER calls me. Nonetheless, I was pleased with my non-writing efforts.

The next day, I was trying resolve a troublesome caller issue with a colleague. Suddenly in the background I hear When You Wish Upon a Star playing. I ignore it. Seconds later, I connect the dots. With a loud gasp, I tell my colleague to handle the caller because my agent is on the phone! Now my cell phone was in my purse, which was locked away in a cabinet, and my keys were hidden under a stack of papers. Files flew into the air (okay not into the air, but my neat and orderly desk wasn't so neat and orderly anymore) as I scrambled to find my keys. A moment later, I manage to bend the key in the lock. Makes it a little tough to open a cabinet. By the time I get to the phone, I've missed the call. I call back, and Deidre says she has news and to stay calm (she knows me so well). 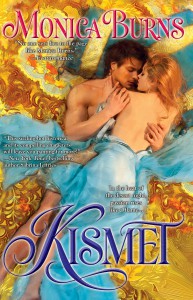 The minute she says Cindy Hwang at Berkley is interested in my Sicari series, I let out this whoop that had my co-workers looking at me like I'd lost my mind. I remember trembling so badly I could barely hold the phone, and I was pacing like a caged lion trying to keep my emotions under control. Hard to do when there's this incredible sense of elation surging through your body, which is almost numbing in its intensity. Cindy had asked to speak with me before finalizing things, and I was frantically trying to remember what was in the bloody proposal.

You see, I'd put the paranormal aside to rework Kismet, and my Sicari heroes were a faint blip on my radar screen. Talk about terror.When we talked, I stumbled my way through the conversation, trying to appear knowledgeable about my series. Fortunately, Cindy forgave my cluelessness. Better yet, she loved my voice. Major swoon. After our conversation, Deidre called to say the offer was official. Selling off proposal is exciting, but I'd barely come off that high when Cindy contracted my January release, Kismet, and another historical. Five books contracted in such a short time span still makes my head spin. The memory of that first call from New York is a constant reminder that I'm one lucky writer to have landed at Berkley with Cindy as my editor. When I think about it, perhaps the real Holy Grail for me wasn't "the call." I'm thinking it's more about finding a publisher and editor who loves and believes in your work. I've been fortunate in that respect from my very first sale to New Concepts Publishing and subsequent sales to Samhain. Having people believing in your work is truly a blessing, whether it's that "first email" or that "first call."