My First Sale by Mindy Klasky 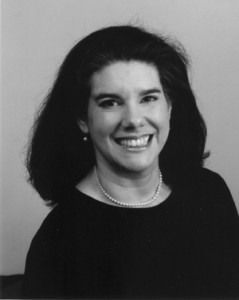 Welcome to the My First Sale series. Each Friday, Dear Author posts the first sale letter of bestselling authors, debut authors, and authors in between. Mindy Klasky writes paranormal romances for Harlequin and fantasy books for ROC. Her book , Magic And The Modern Girl, is in stores now and an excerpt is here.

Once upon a time, a girl wrote a novel. She submitted the novel to an agent, who agreed almost immediately to represent her. The agent shopped around the novel for six years, without a successful sale. The girl became upset with her agent. She fired her agent. Twice. But then she took him back. Both times.

But the girl wasn’t an absolute idiot. While the agent was shopping around the girl’s first novel, the girl wrote another one. She sent it to the agent when it was complete. She wrote, “This novel is much better than the other one.”

The agent wrote back. He said, “There comes a time in every relationship-.”

I’m the girl who got a “Dear Jane” letter from my first agent. I knew that he wasn’t right for me. I suspected that he wasn’t helping my career – he was only able to get my manuscript read at five places, over the course of six years. He corresponded solely by postal mail, and he typed his letters on a manual typewriter. (To his credit, he often added photocopies of amusing comic strips to illustrate the content of his letters.)

My agent breaking up with me was the best thing that could have happened to my writing career. I cried, of course. I asked my best friends why I even bothered with relationships. I begged my writer friends to tell me what they thought it meant, when he said there were flaws in my new novel. I vowed that I would never write again.

But I picked myself up. I queried five new agents, the cream of the authors’ representative crop. My first choice wrote back by email, requesting a partial, then a full manuscript. Within a month, on March 31, 1998, I signed a one-year contract to be represented by Richard Curtis.

A year passed. Richard sent out my new manuscript to numerous houses. He kept me apprised of our progress. Even when the news wasn’t good, I knew precisely where I stood. Alas, after a year, our contract expired.

And one day after that expiration, Richard sent me email, saying that an editor was interested in my work. I screamed. I jumped up and down. I made a co-worker come over and read the email, so that I could be sure I was parsing the words correctly.

I phoned Richard, but he had already gone home for the day. Intent on distracting myself until I could speak with him in the morning, I went to a play, a murder mystery. Halfway through the first act, I remembered the date – April 1. April Fools Day.

I asked myself if Richard could be the cruelest man in the world.

The following morning, I reached my agent. He laughed at my concerns. He told me the offer was real. He said that the editor wanted to buy three books, and he had told her that I had two sequels neatly lined up. I’ll never know who committed the murder in that not-distracting-enough play, but I’ll never forget the day I sold THE GLASSWRIGHTS’ APPRENTICE.