My First Sale by Marie Bostwick 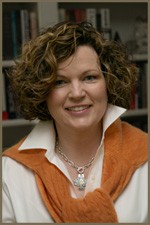 Welcome to the My First Sale series. Each Friday, Dear Author posts the first sale letter of bestselling authors, debut authors, and authors in between. New York Times Bestselling Author, Marie Bostwick, writes stories about women for women. Her latest release, A Single Thread, is in stores now.

When my agent, Jill Grosjean, called to tell me that Kensington Publishing had indicated an interest in buying my first novel, I was elated. But as weeks and eventually months passed without an offer, my confidence began to waver.

"If they really wanted it," I moaned to Jill, "they’d have said so by now. They hate it. Not the editor, she’s great, but somebody else. Someone in accounting. Or the mailroom. Or-I don’t know who, but someone read it, hated it, and put the brakes on the deal! Probably the editor hasn’t called because she doesn’t want hurt my feelings!"

Jill made that growling sound she emits when she thinks I’m being overly dramatic, a sound I hear pretty often. "Don’t be ridiculous. Editors have no problem telling authors a book has been rejected. It’s their job. Still-it does seem to be taking a while." 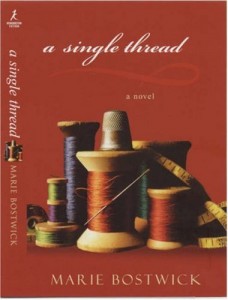 "See? What did I tell you! They’ve changed their mind! If they’re going to reject it, then I wish they’d just do it."

This was a lie, and we both knew it. I didn’t want them to reject it. I wanted them to say they were swooning with joy over my book and to beg for the opportunity to publish it. Hey, I’m a writer – a rich fantasy life is my stock in trade.

Jill told me, for the hundredth time, that no news was good news. "Calm down. We’ll hear when we hear. Try not to think about it. Go on with your life and quit worrying."

Then and now I realize that patience is a very important quality for writers to cultivate. Then and now I still stink at it. Still, I took Jill’s advice to heart and tried to get on with my life. For me that meant considering the possibility that Kensington wouldn’t want my book and that, possibly, no one else would either. If that happened, then what?

Now, I’ve read many inspiring stories of writers whose first, or second, or twentieth manuscript was rejected before they finally were published. I admire writers with that kind of determination, but I simply wasn’t that sort of writer. That’s not to say I wasn’t determined; I was. I’d spent three years writing a short story a month, learning my craft but never submitting those stories because I knew they weren’t ready. Then I spent four years working on the novel, FIELDS OF GOLD, which was now sitting in my editor’s office. It was ready. I’d polished the plot, characters, descriptions, and dialogue until that book sparkled. It was the very best I had to offer, and I was of the opinion that, if the publishing world didn’t want FIELDS OF GOLD, then it was unlikely to want anything else I had to give. If an aspiring author said that to me now, I’d grab them by the collar and tell them they’re wrong, but back then, that’s how I honestly felt. If no one wanted my first book, then I was sure no one would ever want anything I wrote.

So, if not my writing, what did I have to offer the world? I prayed for direction, and before long, my prayers were answered. There was an opening in my local church! I’ve always believed all of life is an opportunity to minister to others, but being able to minister full time was an exciting thought. With my pastor’s blessing, I applied for the position, and then . . .

Finally, just as I was considering answering one of those ads about how to "Make hundreds of dollars weekly processing medical records," the phone rang! If I wanted it, the director of women’s ministries job was mine. Having prayed about it for so long, I immediately accepted. I was thrilled!

Less than twenty-fours later the phone rang again. It was Jill. "Are you sitting down?"

This was it! THE call! My heart pounded, drumming with anticipation, disbelief, elation – an emotional potpourri I’ve never experienced, before or since.

"Kensington called. They want FIELDS OF GOLD! And a second book!"

Second book? I didn’t have a second book.

"They want it in four months."

"Oh God! What are you doing to me here? Or rather, what is it you want me to do here? Write? Minister? Process medical bills?"

The only sensible thing to do was either call the church or the publisher and say I couldn’t do it. But the more time I spent in prayer, the more it seemed that-‘at least for a time-‘I was supposed to do both. And so, in spite of my doubts, I did.

After some negotiation my writing deadline was moved from four months to one year. I went to work. When I wasn’t at the church, I worked on the book, feeling the pressure but falling in love with the characters. And when I wasn’t working on the book, I worked at the church, feeling the pressure and falling in love with the women I was serving. It wasn’t easy, but really, what’s worth doing that is?

You know that saying, "When it rains it pours?"

Some people use that phrase to describe the times in their lives when it feels like one bad thing after the next is piling down on them. But to me, it always served as a reminder of that twenty-four hours when two phone calls changed my life and the year when I was positively showered with challenges and blessings that have brought me more joy, satisfaction, and deeper purpose than I could ever have imagined.