My First Sale by Malinda Lo 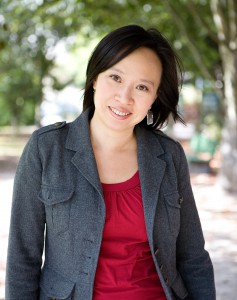 Welcome to the My First Sale series. Each Monday, Dear Author posts the first sale letter of bestselling authors, debut authors, and authors in between. Ash is Malinda Lo’s first book, her debut, even if she began working on the story over eight years ago. You can find out more information regarding the book and the author at: http://www.malindalo.com/ash/

I first began working on Ash, my debut YA novel, in September 2001. Ash’s official publication date is Sept. 1, 2009. That’s eight years between first inspiration and actual existence on a bookstore shelf -‘ eight years and about eight drafts of my retelling of Cinderella.

But the story of my first sale doesn’t begin with Ash. Like many writers, I’ve been writing down stories since I was a child. But even though I wrote three fantasy novels when I was a teenager (yep, I was a geek!), I didn’t entirely believe that I could become a “professional writer.”

My grandmother was a writer, and her brother had been a journalist. My great-uncle was a writer, too. My mother was -‘ and still is -‘ a musician. But I had come to the U.S. from China when I was three years old, and I grew up being taught that I needed to get a job and support myself financially.

So after college I found a job -‘ albeit in book publishing. Unfortunately, I discovered that the business end of books was not the right job for me. I went to graduate school, convinced that I would become an academic and write scholarly books instead.

After four years in grad school, I finally faced facts: not writing creatively was turning me into a bitter, unhappy person. I decided to take a leap of faith, and I left grad school when I was 28 to become a “freelance writer,” knowing pretty much nothing about what that entailed. (Sometimes ignorance really can be bliss.) That’s also when I began to work on Ash.

I decided to retell Cinderella for a few reasons. One of my favorite books was Robin McKinley’s Beauty, a retelling of Beauty and the Beast, and I had always wished that she would retell Cinderella because it was one of my favorite fairy tales. So why not write the book I had always wanted to read? The fact that it was a fairy tale, I figured, meant that I already knew what happened and didn’t have to worry too much about the plot. Famous last words! 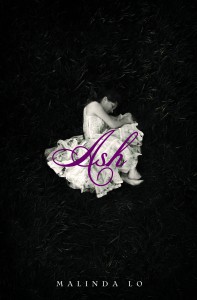 The first draft took about two years to write. I think I did three total overhauls of the manuscript before I deemed it ready to be sent out to agents.

By then, I was a full-time entertainment reporter. Remember that “freelance writer” idea? A series of happy accidents, coupled with a lot of hard work, had led me to becoming managing editor at AfterEllen.com, the largest website covering lesbians and bisexual women in the media -‘ kind of like a queer Jezebel.com.

I had some contacts with authors who gave me permission to send my query letter to their agents. But I also read the agent listings at AgentQuery.com and in the Writer’s Marketplace. It was one of the agents I found on AgentQuery -‘ Laura Langlie -‘ who, eight months after I sent her my query, offered to represent me.

That was one of the happiest days of my life! And that was when my lifelong dream of becoming a novelist suddenly picked up a lot more speed.

In December 2007, Laura asked me to do a few revisions on Ash. In January, I turned them in to her. By February, we had our first offer from a publisher. And then there were several other offers, and suddenly I was facing one of the most difficult decisions I’d ever had to make.

In retrospect, that February was totally surreal. I couldn’t believe how positive these editors were about my book. I remember sitting by the phone in my home office, constantly checking my email, a kind of thick, nervous energy in my belly as I agonized over which offer I should take.

I chose to work with Kate Sullivan, an editor at Little, Brown Books for Young Readers, partially because she really got the book. In Ash, the main character -‘ the Cinderella character -‘ falls in love with another woman rather than Prince Charming. But in Ash’s world, a same-sex romance is just as normal as a heterosexual one. (It’s a fantasy novel!) So Kate understood that Ash was not a coming-out story; it’s a coming-of-age story.

I had been so worried that Ash would be rejected or misunderstood by the mainstream publishing industry. But it wasn’t. And so far, the response to the book has been wonderful. Ash was selected by Kirkus as a Best Young Adult Book of 2009, and it is now a finalist for the ALA’s William C. Morris YA Debut Award.

I couldn’t be more thrilled that so many readers have understood that the fact that the main character turns out to be gay is not a problem at all; it’s as natural as falling in love.

→ Jane
Previous article: REVIEW: Half Past Dead by Zoe Archer and Bianca D’Arc
Next Post: REVIEW: The Lost Enchantress by Patricia Coughlin