My First Sale by Lisa Jackson, Not a One Hit Wonder 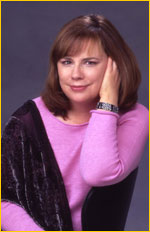 Lisa Jackson is a #1 New York Times Bestselling Author and she, just like every other author, has a first sale story because every bestselling career has to start somewhere. Lisa’s started at the urging of her sister and she’s been successfully killing people every since. Her last release was “Lost Souls” published in hardcover by Kensington and is in stores now. Left to Die will be out in stores in August 2009.

Okay, folks, we are talking ancient history here. I actually began writing in 1981 when my sons were 2 and 1 and I was totally and horribly broke.

My sister, Nancy Bush, said to me, "Hey, have you read that article in Time magazine, the new one with Reagan being shot on the cover? There’s a story about young mothers who write. After the last diaper is washed (yes, they were cloth) and the bottles in the dishwasher (glass, yep) and the kids are in bed, they pull out typewriters (again, pre-computers) and begin writing romance novels. Then they sell them and make tons of money.

"So we’re young mothers. I think we could do it."

I, however, always the realist, was ready to pour water on her hopes. "Are you out of your mind? How can we do that? We don’t even read romance novels. We like mysteries, suspense and thrillers? Come on, Nan, get real."

Well, Nan is like a terrier with a bone when she gets an idea in her head and she wasn’t about to give up. We went to dinner, discussed the plot with yet another woman and the next day when I went to my "real" job, of babysitting, I thought maybe Nan was onto something. Who was I to say "no?" I couldn’t afford to work in banks with my two young sons needing so much care, so I thought we may as well give it a whirl. That afternoon while all the kids were napping, I pulled out my old manual typewriter and a sheaf of brown recycled paper that looked like Roman Meal bread. Never mind that I can’t type very well. Never mind that I’m a horror when it comes to spelling. Never mind that the old typewriter tore the paper every time it put a smudgy "e" on the paper.

By the time Nancy came to pick up her daughter, I handed her the first seven pages of our novel, the prologue of STORMY SURRENDER.
That was the beginning, for the next three months we wrote, she and I and our friend Linda, creating a plot and characters, dividing the book into chapters, each writing them out in long hand while Nancy rewrote and typed the whole thing. It took us all day to make copies and send the thing out to New York, but it was a mission accomplished.

And then, after weeks of waiting, the rejection letters started rolling in. Some were unkind, many were standard, but a few had personal notes, handwritten gems from editors encouraging us to resubmit, but a new story with no suspense.
Linda had a good job and she went back to it.

Nancy and I read everything we could about the market. She tried her hand at teen romance. I tried the longer new category romances "Special Editions" from Silhouette Books.

Nancy sold her first book out of the chute. ABBY’S CHANCE became DARE TO LOVE and she was even able to sign that contract in New York, on our first trip to the Big Apple. She bought us both used, blue electric typewriters and certainly fame and fortune were just around the corner.

Unfortunately for me, I kept piling up rejections. Idea after idea. Finally, I decided to ignore the "tip sheets" and write about banking, only with an embezzling twist. I’d also put in a lot of the hero’s viewpoint.

However, I broke my typewriter. Dropped the darned thing and it would have cost me as much to fix it as a new typewriter. I could not afford either. So I just wrote with crooked margins, sent in the embezzling story and went about trying to find a real job. I landed one and waited, only to find out that the woman who had hired me was an embezzler. The institution couldn’t trust me. I had no job.

But just at that darkest hour, I got the call. Silhouette wanted my embezzling story! I was over the moon. When the contract came, it was so fat, it actually killed my old typewriter and I went right out and bought another!

I remember the cover flat of the book coming and I stared at it over and over again, thinking how beautiful it was, how lucky I was, how the whole thing was so unbelievable.

And I sold another book. The second was as thrilling as the first. I wasn’t a one hit wonder! Since then, each sale is a thrill. Maybe not as momentous as the first, but still a thrill.