My First Sale by Kat Martin Welcome to the My First Sale series. Each Monday, Dear Author posts the first sale letter of bestselling authors, debut authors, and authors in between. Today we are featuring two first sale letters. The first is by New York Times Bestselling Author, Kat Martin, whose latest romance, The Christmas Clock, features two people who really need a second chance.

I never wanted to be a writer. Or at least I never knew I did until I sort of stumbled into it. But I always had stories rolling around in my head and when my husband started writing a Western novel, I thought…hummm…maybe I could do that.

I had characters and a plot in mind right away, a western romance because I loved reading them, and coming from a western background (my great grandmother came out in a covered wagon), I was comfortable in that time frame.

But how to actually write?

I needed to learn the basics so I went to the first writers’ conference I could find, which happened to be in Santa Barbara, California, and turned out to be one of the best in the country. I went to all the classes and discovered that one of the speakers gave semi-private lessons on writing, once a week in L.A. My husband and I decided to go.

We made the two-hour drive every week for a year, all the while attending other local conferences and doing our homework on who was publishing what and how to find an agent. I also joined RWA, which I highly recommend.

We were both writing madly, determined to finish our novels. We went to critic groups, went to another writing class, this one two hours away in Fresno.

The books got completed. Now we needed to find a way to sell them.

When we sent our money in for the Fresno Writer’s Conference, fortune intervened. We were told that an agent would be attending the conference and she would be willing to read sixty pages of any attendee’s book. 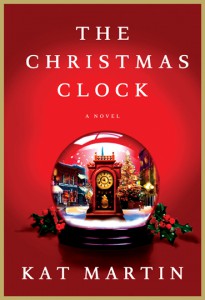 I desperately needed an agent. Since I have always been a firm believer in taking the extra step, instead of mailing the pages, I dressed in my best leather outfit and drove to Hollywood. Unfortunately the temperature soared to one-hundred degrees that day. By the time I climbed the stairs to the agent’s office, my stomach quaking with nerves, I was drenched in perspiration.

When the agent walked into the reception area, I was almost too nervous to speak. I managed to croak-out in a squeaky little voice, "Hi, I’m Kat Martin. I just happened to be in the neighborhood so I thought I’d drop this by."

The agent grinned. Clearly, I wasn’t "in the neighborhood." The good news was, she liked authors who were aggressive about their careers and she was impressed with my moxie. After reading the pages, she took me on as a client. She also decided to represent my husband.

Both of us were turned down by just about every publisher in New York. I was sick to my stomach, terrified my year-and-a-half, twelve-hour-a-day writing effort would be for naught, but the agent wouldn’t give up.

The last publisher among her submissions made an offer for MAGNIFICENT PASSAGE, and I was over the moon.

I was even more excited when they decided to make the book the lead title for their new line of romances. It was my first break in the business and though the company ultimately folded and I was out of work, the lesson was clear.

If you want to succeed as a writer–never give up.

Good luck to all you as-yet unpublished writers.

Never give up! All best wishes, Kat