My First Sale by Julie Kenner 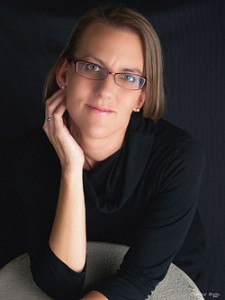 For anyone who is a long time reader of Dear Author, you’ll know that Julie Kenner is one of Jayne’s favorite authors. Ironically, Kenner’s books are ones that we rarely receive review copies of. Many of the Kenner books that Jayne has reviewed she has purchased herself. What’s even more amazing is Jayne is off paranormals but one of her favorite series is Kenner’s Demon Hunting Soccer Mom series. Kenner must have some magic in her pen. Her latest release, Deja Demon, is Book 4 in the Demon Hunting series and on shelves right now.

My first sale came in June of 1999, and although I kinda-sorta-maybe-please-please-please knew that it was coming, it was still a shout from the rooftops, dance around naked kind of experience. (Except for the naked part, since I was at work, and attorneys tend to frown on that; and the rooftop part since there was no public rooftop access in my office building. But you get the idea.)

It all started in a small mountaintop village – oh, wait. That’s not me. It actually all started in California. I was working as an attorney, and trying to write novels and screenplays on the side. I’d been writing my entire life, but at that point in my personal history, I’d really been hit with the want-to-be-published bug. The trouble was that as a young attorney I had no time – as in no time – to follow this dream. Now, that’s a poor excuse, because if you want something badly enough, you’ll find the time, and in fact I did. But I went about it in a very Type A personality kind of way: I decided to write a category romance specifically because of the word count. At about half the length of a traditional novel, I figured there was a much higher likelihood of finishing at 240 manuscript pages, than 400+.

So I dove right in. At the time, I was passionate about SCUBA diving, and my undergraduate degree is in film. I didn’t want to write about the law, so I wrote a Temptation about an underwater archeologist and a documentary filmmaker. Let’s just say I did not discover the character combo that bursts like a star onto the category scene. Actually, though, I did get nice comments back about my voice, and editor Brenda Chin’s comment was that it didn’t have a sexy enough hook. Always up for a challenge, I came up with a first line: "You need a man." Sexy, decisive, worked for me. And after that, I came up with a story to go along with it.

I was about 90 pages into that novel (and about 2 chapters into a 400 page paranormal – after all, I’d finished one! That meant I could write a long one, too, right?) when we moved to Texas and I discovered RWA, and the various contests sponsored by chapters across the country. I entered, and the story (then called Inventing Alexander) finaled in several contests, including the Tampa Area Romance Author’s first chapter contest. The final judge was Brenda Chin. And when the book won (yay!), I was about 120 pages into the manuscript. I whipped out the last half of the book in two weeks and shipped it off to Brenda, who had requested it. And then – nothing. As is the way of publishing.

Meanwhile, though, I saw Brenda twice. First, at small conference in San Antonio, where she judged another first chapter of mine, and where Chris Keeslar judged the paranormal and requested a full. And also at a regional conference in Memphis where – oh-my-gosh – she actually mentioned my premise during her workshop. (I assured her I wasn’t stalking her.) I was over the moon and trying very hard not to let myself believe that her kind words meant a sale. At that time, Brenda wasn’t the final word for her line, and we were waiting for a thumbs-up from the senior editor.

At one point – I forget why – we spoke on the phone and she told me that I should go to National and come to the Harlequin party (though I hadn’t sold). She thought she’d be able to get me an invitation. This was my first RWA conference, and I didn’t really know how it worked, but that sounded awesome – and encouraging.

I remember being in court one morning. I came back, and the receptionist told me that Brenda Chin had called with "good news." That, of course, about stopped my heart. I called her back right then – and got her voice mail. And I still remember being amazed at my own boldness when I told her I hoped good news was more than just landing a ticket to the Harlequin Party!

She called me back and – yes – my first sale! Leaping around a law office is decidedly unprofessional, but I’ll admit I did it anyway! And I’m happy to say that Chris bought the paranormal a few months later – and Brenda bought the book she’d judged in San Antonio. So my first year as a published author (2000) saw three books on the shelves. NOBODY DOES IT BETTER, THE CAT’S FANCY, and RECKLESS.

The year 1999 – yeah, it was a good one. Ushered in a new millennium, and, more important for me, ushered in a whole new career!