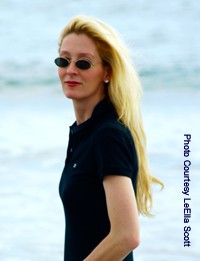 I still remember, vividly, the first time I picked up a JR Ward book. It was in my mall Waldenbooks store. I was just browsing along the aisles when I saw this glossy red cover with a black dagger in the middle. The cover said that it was “A Novel of the Black Dagger Brotherhood.” The tagline sold me and the story hooked me and I waited impatiently for every installment. I don’t doubt that ten years from now, we’ll look back in the BDB series and see how it influenced the nature of paranormal romance from its covers to the contents. The latest release, Lover Enshrined, is on sale now.

I know this is supposed to be about your first sale, but I thought I’d talk about how I found out the Black Dagger Brotherhood series had sold. I will never forget when the call came- or what was happening at the time-

See, I’m a Yankee. A true blue Yank through and through. Born up there, raised up there, never expected to live anywhere else but New England.

Enter the Southern Gentleman Whom I Marry. Now where do you think I ended up? South of the Mason Dixon- and PS I really like it. But here’s the thing. The South is HOT or can be from May until even into October. So your air conditioning is mission critical.

to my agent, I didn’t expect her to like what I’d done. The material was pretty far out there- and though I was in love with the Brothers, I wasn’t sure anyone else would feel the same attachment. (Hello? Mating ceremony with the name carving? No exactly middle of the road.) Anyway, I FedEx’d the padded envelope off and went into full, neurotic, hurry up and wait mode. Which is SO much fun.

My agent, however, adored the whole thing- so at least one rate limiting step had been surmounted. What this meant, though, was I got to go right into another stretch of high-octane sit on my hands. I wanted to write the books so badly, I went nuts from stress. Nuts, I tell you.

At that time, my husband and I lived in a very nice top floor condo. It was our landing pad after the move from up North and I liked it a lot- at least until our central air conditioning unit bit it during an ‘unseasonable hot spell.’ (BTW I’ve learned that’s a misnomer. Hot spells can happen in any season here so they are by definition never unseasonable. But I digress.)

I don’t know about you, but hot is not your friend when you are waiting and stressed and climbing the walls already. When the air-conditioning kicked it at 10 a.m., I thought, well, sh**, this is going to suck (bear in mind it was a Friday- and I figured I would have to go through a whole weekend of hearing nothing about the proposal. So I was not in my happy place to begin with- and that was before the linoleum started to melt in the kitchen.)

As we were on the top floor, the ambient air temperature quickly climbed to Hotter Than Hell. However, there was light at the end of the tunnel- or rather cool to end the sauna effect. Thanks to the fact that I begged on the phone to a repair company. Shamelessly.

I loved the air conditioning guys who showed up- even though they told me they’d be there at noon and didn’t make it until four in the afternoon. They had just finished checking the unit outside when my mom arrived- as a contractor, she speaks HVAC and I figured a translator was warranted. The men came up the back stairs and standing in front of us like modern day warriors, they began to BLAH BLAH BLAH bad coil BLAH BLAH need new unit BLAH BLAH five thousand dollars-

“Five thousand dollars?” I yelped. (I mean that little bomb was in English and I understood it perfectly.) “Five THOUSAND dollars-”

That was when the phone rang. Caller ID said it was my agent.

I actually stared at the phone as if I couldn’t remember how to work the thing.

“You gonna answer that?” one of the air conditioning guys asked.

No, I thought, I’m going to throw up. Because it’s hot and if this is an I’m-sorry-it-didn’t-sell call, the saltines I had for lunch are going on a rapid evac.

Although things could have been worse- at least I didn’t need a plumber. Yet.

I answered and my agent went BLAH BLAH BLAH and I forgot English entirely. Because actually it wasn’t a this-isn’t-going-to-sell call. It was a hey-a-couple-people-liked-it kind of thing.

After I hung up, I proceeded to hop around the room like a crazy person, no longer caring about the oven we were all in. The thing was, I wasn’t sure who was going to publish the Brothers at that point, but I knew I was at least going to get to write them. And that was everything to me.

The air conditioning guys and my mom watched me for a while, like they were at the zoo and one of the monkeys was having a meltdown just for the audience’s benefit. Then my mom calmly handed me some cold seltzer and hit the men with BLAB BLAH rig the BLAH BLAH run a BLAH BLAH replace a BLAH BLAH?

More phone calls came in from my agent updating me on the status of the bids as the men did what my mother told them to do. Frankly, I could have been on Mars for all I knew. When the dust settled, nearly two hours later, I had a publisher and was off to the races as they say.

It was a blur and I didn’t sleep at all that night. Although not because it was hot. By some miracle, my mother’s BLAH BLAH had worked and we had cool air.

Man, it was a day of miracles, all the way around. And that’s how the sale happened- one of the best days of my life, I’ll tell you right there!

→ Jane
Previous article: REVIEW: I Shall Not Want by Julia Spencer-Fleming
Next Post: Jeff Bezos Does a Q&A with Walt Mossberg