My First Sale by Jordan Dane, You Need an Angel (but not Sharon, she’s mine) 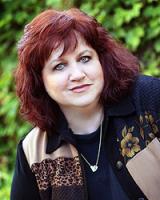 Jordan Dane is a debut author whose first book is out on March 25. This is no ordinary debut, however, because Avon has decided to give Dane the back to back to back release treatment. March 25th is the first of Dane’s gritty three 2008 romantic suspense releases. It only took her 33+ contests in less than three years to get to this position. It was a walk in the park, really. Actually it was not so read on!

I sacrificed a body part to write my debut novel – No One Heard Her Scream. Now that’s commitment. I suspect there are more than a few unpublished authors out there who by now are looking down at their own bodies and wondering what they could do without. Anything for the cause–but let me explain.

While recovering from major surgery, I wrote No One Heard Her Scream in six weeks during a medical leave from my day job. The best remedy for the body is to fill it with passion and I did that. I kept insane hours and my body pumped full of adrenaline instead of pain meds. I wrote and edited up until the afternoon of the day prior to my return to work. Since the start of my journey toward publication in 2003, I had completed my fourth manuscript (my second suspense plot after my Golden Heart finalist entry Crossing the Line, now entitled No One Left to Tell).

When I was done, I was so excited. The complex storyline fit together, I loved the pace and the characters gave me a rush of guilt for all I had done to them in the pages of my book. They made me cry. That’s when I should have taken the pain meds, but instead, I contacted my local RWA chapter (the Oklahoma Outlaws) and picked out a prize from our Finish The Book Incentives. Of all the rewards listed (from partial editor and agent critiques), I picked the only one promising a full read of a suspense manuscript. Best selling author Sharon Sala offers every year to read a full manuscript for her chapter and I took her up on that generous offer. I went back to work in a state of euphoria. (No, not from the drugs.) The natural high of accomplishing my goal to finish this book had me walking on clouds, despite being back at work.

Pretty soon thereafter, Sharon called me on the phone one Sunday afternoon and the first thing out of her mouth was, “Honey, where do you have this?”

She was breathless. I’ll never forget those words and the sound of her voice. My heart was hammering and I got teary. I’ll admit it. I told her I thought this was agent material, but I hadn’t submitted it anywhere. Well, she got busy and sent emails and later she made personal phone calls to her editor and her agent Meredith Bernstein. And she had me rushing to get my fulls out to both of them. She had read my full story in one sitting, unable to put it down. And she floored me when she said, “I wish I had written this.” This coming from someone I admired so much–as an author AND as a person. I KNOW I was crying then.

Sharon started a whirlwind that day. And in the state of Oklahoma, we know about high winds and tornadoes. The book, along with two others, sold in auction with the help of my brilliant literary agent Meredith Bernstein. The 10-day long process was AMAZING. Perhaps if I had known dismemberment was the answer, I might’ve made a donation sooner. (Thank God I never had time to contemplate that macabre perspective.)

With back to back releases, my first series will be coming out with Avon HarperCollins in 2008-No One Heard Her Scream in April, No One Left to Tell in May, and No One Lives Forever in June. I’m a firm believer angels walk the earth because I met one. Her name is Sharon.