My First Sale by Joelle Charbonneau 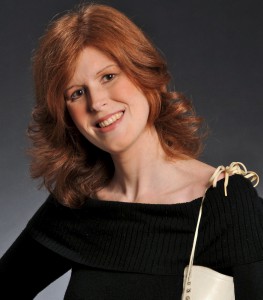 Welcome to the My First Sale series. Each Monday, Dear Author posts the first sale letter of bestselling authors, debut authors, and authors in between. Joelle Charbonneau’s debut roller skating mystery book, Skating Around the Law: A Mystery

, is on the shelves. (I resisted making some joke about rolling and shelves).

I never intended to write funny books.   As a matter of fact, I never intended to write mysteries.   I was trying to write emotionally driven women's fiction and romance books.   Really, I was.   The number of rejections I received on those books should have told me something.   However, one night I was sitting on a bar stool at a conference when someone asked about my singing and acting career and whether my parents were performers.   My response was "No, but my mother is a former World Champion Artistic Roller Skater."

The silence was deafening.

Finally, the agent sitting at our table turned to me and said, "You should write a roller skating book."

Ha!   I almost fell off my bar stool.   I mean, who writes roller skating romance novels?   Being well mannered, I said that it was an interesting idea.   Inside my head I was laughing hysterically.   Ten days later, I finished the first chapter of my roller skating book.   Guess the joke was on me.   The only problem was it wasn't the romance novel the agent envisioned.   Oh, it had a romance in it, but there was also a dead body head-first in a rink toilet, an ex-circus camel and a mystery to solve.   SKATING AROUND THE LAW was born. 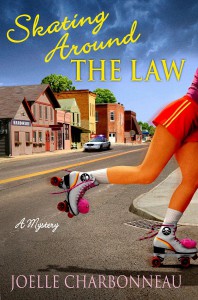 My top choice agent requested the full manuscript two days after I queried her and sent a great e-mail a week later telling me she was enjoying it and asking about my career plans.   I was psyched.   This sounded good.   19 days after the original query the agent e-mailed me.   Seeing the e-mail in my inbox made me burst out into tears before I ever opened it because everyone always talks about "the call".   Phone calls were good news.   E-mails were bad.

Wrong.   My agent was e-mailing to schedule "the call".     Three weeks after she started submitting the book to publishers, she called without e-mailing first to tell me we had an offer from a publisher.   All because of a silly conversation in a bar.   How cool is that?

→ Jane
Previous article: Dear Jane: What Is the Best Way to Read PDFs on a 6 Inch Screen
Next Post: REVIEW: If the Red Slipper Fits by Shirley Jump