My First Sale by Jill Sorenson, A Tale of Two Sales 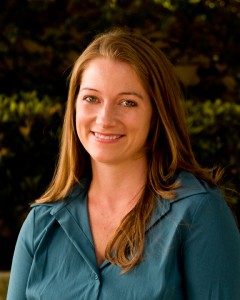 Welcome to the My First Sale series. Each Friday, Dear Author posts the first sale letter of bestselling authors, debut authors, and authors in between. Jill Sorenson writes for both Silhouette Romantic Suspense as well as mass market originals with Dell.   Her first single title romantic suspense, Crash Into Me,   will be on retail shelves in February 2009, featuring a female undercover agent!   In the meantime, you can pick up Dangerous Touch right now.

My first sale story is a two-for-one. Both happened in 2007, a difficult and wonderful year for me.

At the end of 2006, I’d just completed my fifth novel, a romantic suspense with paranormal elements. I sent it to an agent I’d met at a writer’s conference with fingers crossed. She’d been on the fence about my last two manuscripts, but she liked my work and encouraged me to keep submitting.

In the meantime, I had a couple of other projects that required my attention. Namely, my two young daughters. With a toddler and a newborn at home, I wondered if I’d ever start another book, much less finish one.

The first months of 2007 passed in a whirlwind of diapers, nighttime feedings, and burp cloths. This second-time mommy was too busy to worry about her burgeoning career as a romance novelist. Sort of.

Then, there was word. The agent I’d been working with agreed to represent me. Even better, she had an editor at Harlequin interested in sexy paranormals.

Dangerous to Touch isn’t really a paranormal, but it features a psychic heroine, and is plenty sexy, if I do say so myself. It sold to the lovely Stacy Boyd, for Silhouette Romantic Suspense, in April 2007.

Having my first book published was a dream come true. Harlequin wanted another category-length romantic suspense, and I felt like a smashing success. Although I’d already started a new project, the going was slow. My baby daughter caught cold after cold, suffered from recurring ear infections, and demanded to be held constantly. Like most new mothers, I wasn’t sleeping enough. I couldn’t seem to get anything done. 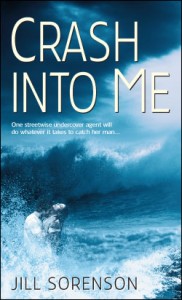 By October, I was beginning to feel the pressure. I’d finished my next book, but the proposal to Harlequin bombed. My agent had submitted one of my older manuscripts, a single-title romantic suspense called Crash Into Me, to multiple editors, but it hadn’t been picked up. My only other option, to revise it for category, would involve cutting the length in half and eliminating a teen romance subplot I was in love with.

Things were no longer going quite so well.

I live in a suburb of San Diego, and our entire town was evacuated for five days. It was the worst week ever.

Don’t get me wrong-‘we were lucky to have a place to stay, at my brother’s house in a nearby city. We were lucky our house didn’t burn down! The situation was far from ideal, however. My parents, who had also been evacuated, slept on couches in the living room. My husband, children and I enjoyed the luxury of sleeping bags on the dining room floor. The house was small, but it wasn’t "baby-proofed," so I had to watch my one-year-old like a hawk. Heavy smoke made it impossible for the kids to play outside, and nobody could get to work.

I kept my daughters inside, except during nightly strolls to prevent the onset of acute insanity, but both of them developed upper-respiratory infections and ran high fevers. Visits to Walmart, urgent care, and El Pollo Loco were the extent of our fun.

I love my family, and my brother was incredibly generous to have taken us all in, but I never want to spend another week like that one. Cramped quarters, sick children, and no writing time make Jill a very unhappy girl.

When we got back home, I wanted to kiss the front doorstep.

The following Monday, my agent called with news of an offer from Shauna Summers at Bantam Dell. A two-book deal.

I have trouble articulating how it felt to get that particular call at that particular time. Somehow, over the course of one short conversation, the worst week of the most difficult year faded into insignificance. In its place, there was only hope, and joy, and jubilance. It was, quite simply, one of the best moments of my life.

→ Jane
Previous article: Celebrate the New Year with Anticipated Books for 2009
Next Post: Publishing News Round Up