My First Sale by Jessa Slade 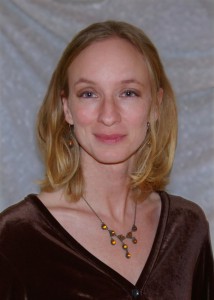 Welcome to the My First Sale series. Each Monday, Dear Author posts the first sale letter of bestselling authors, debut authors, and authors in between. This week, however, we are posting a number of First Sale letters.   Because I don’t know how to run my own calendar.   But these are great stories, no?   Today’s story is from Jessa Slade. Seduced by Shadows is her first urban fantasy.

Sometimes I think I took the world’s most boring route to getting The Call. No late night runs across the border. No emergency tracheotomies. No trumpet fanfare.

Instead, it was like a Ken Burns epic: Slow pans across the scene, endless talking heads, a pretty picture, and then a few more slow pans for good measure. Maybe some bagpipes. I’m not complaining, mind you, just sorely tempted to rewrite with more Bruckheimer-style, multi-stage explosions.

Almost a hundred rejections over more than ten years on nearly a million final draft words. The math isn’t exact; I’m rounding to the nearest heartache. On the plus side, my plodding journey did hit most of the cliché mileposts on the path to publication.
1. The first book which must remain forever chained under the bed.

My first attempt at a romance featured leather jerkins, steam locomotives and rubber bands… and it wasn’t steampunk. Who knew you had to pick a time period when you write a book? Needless to say, I began amassing my rejections with that story. 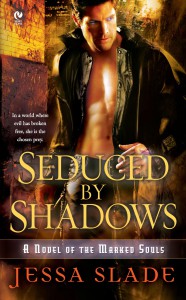 Once I learned you had to pick a genre, I accidentally wrote one of each of them. From my initial unfortunate mashup, I traipsed-‘with rather more enthusiasm than focus-‘through a couple Regencies, a rom-com and a chick lit, a medieval, a paranormal romance and then a futuristic romantic suspense, and finally an urban fantasy romance. Triangulation isn’t the quickest way to your dream, but you get to explore a lot of ground along the way.

Eventually, I began to get "good" rejections. Any rejection that didn’t look like a Mad Lib ("Choose an adjective: Desperate. Delusional. Dismayed.") counted as a good rejection. The letters progressed from specifics about what didn’t work, to permission to send the next project, to requests that I revise and resubmit. These sorts of letters are akin to dangling a raw chicken carcass lower and lower over a crocodile tank. It’s all good fun until someone loses an arm.
4. Playing the contest slut.

In 2007, I entered my local Romance Writers of America chapter writing contest as I did most years, only this time, I won! The grand prize was an American Beauty rose dipped in 24-carat gold. Shiny! Best of all, the final-round judging editor asked to see the complete manuscript. I quickly finished it and sent it off. But I’d long ago learned not to wait on pins and needles. I started another story. Only this time, the editor got back to me and asked if I was willing to do revisions. Was I ever!

With an editor circling the hook, I knew this was a good time to query agents. I’d been rejected by most over the years, so I didn’t get my hopes up. Only this time (I’m sure you’re seeing the pattern now) an agent was willing to read the complete.

I’d spent so long lining up my dominoes – nearly a million of the little suckers – by the time they started to fall down, it smacked of a certain cumulative inevitability.

The editor liked the revisions. The agent believed in the story and wanted to represent it. The editor and agent talked about me behind my back (in a good way) and one morning there was an email in my inbox giving me the details of the contract and letting me know we needed to do a few more revisions.

Bemused, I realized I’d hit yet another cliché of the publishing world:
5. Get back to work.

My editor did call me a couple of emailed revisions later to say, Hey, we never did The Call. And, yeah, this time I squealed.
In celebration of my long-awaited-by-me-and-my-grandmother debut, I’d like to give away signed copies of SEDUCED BY SHADOWS, Book 1 of The Marked Souls, to three random commenters.

FTC Advisory Warning: Jessa Slade’s book was provided to the blog by either the author or publisher. No payment was made for this blog post. By posting this first sale letter, we are not endorsing the book or the author of the post.