My First Sale by Jeaniene Frost 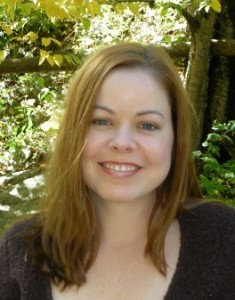 Welcome to the My First Sale series. Each Friday, Dear Author posts the first sale letter of bestselling authors, debut authors, and authors in between. Jeaniene Frost burst onto the paranormal scene just three books ago with her Night Huntress series. The third and newest entry into the Bones / Cat saga, At Grave’s End, is available in stores starting December 30, 2009.

Like most authors, I started out as a reader, but it wasn’t until I found my mother’s copy of Skye O’Malley by Bertrice Small that I became an  avid  reader. From that book on, I started reading every romance I came across. I even measured my allowance in terms of how many books it could buy.

My other love from an early age was horror movies. Vampires quickly became my favorite creature, to the point that I always rooted for Dracula to win over Van Helsing. My love of the paranormal was a bit of an oddity in my family. When we came home from school, my sisters would watch soap operas, but I’d watch  Tales From the Crypt  and then read one of my romance novels. *grin* My books probably make a lot more sense now to those who’ve read them. 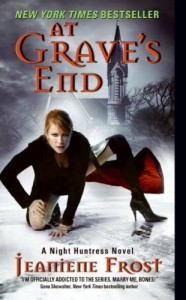 I always knew I wanted to write my own novel, but I’m a classic procrastinator. I started working full-time right after high school and got married at nineteen. My writing dream was put on hold while I juggled bills, work, the challenges of being married young, and saving for a home. A few months before I turned thirty, however, I realized just how long I’d let my dream languish. Around the same time, the idea for a novel based on my favorite creature came to me, but with a small twist; my heroine was half-human, half-vampire. I kept turning that idea around in my head, expanding on it, and at last did the thing that had eluded me for over a decade – sat down and began to write.

Typing "the end" on that first book personified a dream realized. In fact, once I’d quit talking about writing and started  doing  it, I realized I loved writing just as much as reading. I loved it so much that I immediately wrote the second book in the series. Then the third. Then started the fourth-at which time my husband said, "Honey, shouldn’t you see if your first book will sell, instead of just writing more in the same series?" Good point. After a lot of research and nervousness, I started querying agents.

What I soon learned once I began querying was that typing "the end" on a first draft was wishful thinking. The more rejection letters I got, the more I revised my first novel. Each revision was a priceless learning experience, though, and I loved how my story became stronger and my character’s voices clearer. It took several revisions after that initial draft until an agent signed me, but at last, my book was being submitted to editors.

Three months after my novel went out on submission, I was at work when my agent emailed to say that Harper Collins had offered me a two-book deal. My boss came running at my scream, no doubt expecting a calamity of some sort, only to have me point at my email and say, "Read that out loud so I know I’m not imaging it." It was more than a dream come true for the girl who’d grown up loving romance novels, vampires, and horror movies.

My first novel, Halfway to the Grave, hit the shelves on October 30th, 2007. It also hit the New York Times (extended) and the USA Today bestseller lists. I’ve sold several books since then and today I am a full-time writer, gleefully immersing myself in stories of vampires, romance, action, and danger. Turns out, my "oddities" as a teen were just research for my future job.