My First Sale by Cindy Gerard 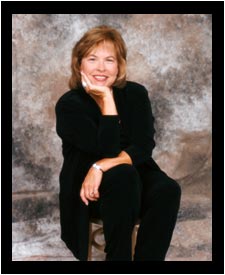 Welcome to the My First Sale series. Each Friday, Dear Author posts the first sale letter of bestselling authors, debut authors, and authors in between. Cindy Gerard writes romantic suspense.   She has a trilogy, Black Ops, Inc., out this fall.

Hey all. My first sale story probably mirrors a lot of authors. The truth is, it falls into the "if I knew then what I know now’ category, I probably wouldn’t be published. I was so naÃ¯ve. Such a baby – rhetorically speaking – and so ignorant of the business. Long story short, I was in love with LaVryle Spencer’s work – who among us doesn’t love and miss LaVyrle?? Anyway, I’d exhausted her complete library – or so I thought until I discovered some old titles but couldn’t get them. So I wrote to her. That was before the days of e-mail (yes, Virginia, there is a pre-web era many of us survived, but just barely). But I digress. She wrote back. Told me she wrote to me personally because my letter was so articulate. In my mind that equated to: "LaVryle Spencer thinks I’m articulate. I bet I could write a book."

You laugh but that’s just how it all started. I sat down with a portable manual typewriter with a sticky E and set out to write the great American novel. From that moment on I was a gonner. Bitten bad by the writing bug. That manuscript was rejected by the best editors in the business

(many of whom I enjoy seeing at RWA nationals these days) but the rejection letters were very encouraging so I kept at it. I wrote two more books. Farmed them all over NYC and finally got the call one pretty fall afternoon from Elizabeth Barrett (yes that’s her name) from Bantam Doubleday Dell’s now defunct Loveswept line. My hubby was helping a farmer friend of his so I was home alone. I was screaming and buzzed with excitement so I hopped in the car, drove out to the farm, bounced across a fall plowed field or two until I found Tom behind the wheel of a HUGE combine picking corn. He saw me coming, jumped out of the cab and ran to the car.

"Who died?" he asked frantically. In his mind, nothing else warranted the beating my poor car was taking.

We still laugh about that day but MAVERICK was my very first title and came out in July of 1991. Now, wow, 17 years and 41 books later, I still get a little tickle of excitement when I think about that first sale.

And speaking of sales :o) SHOW NO MERCY, my September 2008 release hit #15 on the New York Times best-seller list. I’m still in shock and hoping that readers will like TAKE NO PRISONERS, which will be released Tuesday, October 21st, as much as they seem to be liking MERCY. I’d love for you all to check out my website where you can win things, read excerpts and see photos of me in "terminator mode’ as I research weaponry on a rifle range. Yep. I’m bad. :o)