My First Sale by Christy English, Author of The Queen’s Pawn 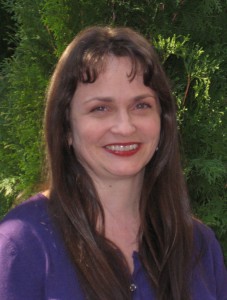 Welcome to the My First Sale series. Each Monday, Dear Author posts the first sale letter of bestselling authors, debut authors, and authors in between.   Christy English’s first novel, THE QUEEN’S PAWN, is out in stores now.

It took me just over three months to get published-well, three months and ten years. I began writing seriously in 1998, but I did not begin the novel I sold, THE QUEEN'S PAWN, about Eleanor of Aquitaine and Princess Alais of France, until the summer of 2006. So a lot of work ended up in the trash between first sitting down to pad and paper and making my first sale. And the sale of my first novel came about in a very unusual way.

The novel was finished (I thought) and my agent was pitching it to editor after editor all over New York. I was taking editorial notes from all over town, trying to make the book better. But it just wasn't working. As strong as Alais is, her voice was not dynamic enough to make the novel soar. This was not the character's fault. It was mine. But I could find no way to solve the problem. It was pretty frustrating.

Claire Zion of NAL liked my voice enough that she wanted to meet me and talk over ideas for trying to make the novel work. We had plans to meet for lunch on a Tuesday, and I had still no idea how to fix the book. The weekend before our lunch, I was sitting in my apartment on the Upper West Side, wondering what on earth I was going to say to Claire when I met her in two days. That was when my second protagonist, Eleanor, showed up.

Now when I say that, I don't mean that the character knocked on my door, but she did knock on the door of my mind. She offered to give me her point of view. I did not hesitate but jumped on this, taking all the notes the character offered. I don't know how it works for other authors, but my characters always choose me. So I met Claire for lunch at a restaurant near Penguin two days later. She said, "Look, I never have lunch with an author unless we already have a deal, but there is something about this book. I just can't let it go."

And thank God she didn't. When I told her that Eleanor had asked to sign on as the second protagonist in the novel, she laughed. "I had the same thought," she said.

The book was not sold at that point. I still had to deliver the goods, but in a couple of weeks, after looking at a partial revision of the manuscript with Eleanor of Aquitaine as one of the two primary voices, Claire called my agent and we made a deal for my first novel. My lifelong dream of being a writer had come true. I was already writing, of course, and I always would, but there is a special joy in knowing that someone else values your vision enough to take a chance on you and your work. Claire Zion did that for me. There are editors out there who take risks. For all you writers out there, keep at it. Your voice needs to be heard, too.