My First Sale by Caroline Linden, from Unsellable to Sold 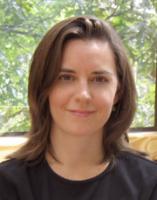 Caroline Linden caught my attention with her second book, What A Gentleman Wants and I rushed out after that book was finished and bought her first book, What A Woman Needs. If I were to label Linden’s books, I would say enigmatic heroes and common sense heroines who show us that the path to love is never straight and easy, just like Caroline Linden’s road to publication.

Her latest novel, What A Rogue Desires is out in stores now and while I haven’t done a formal review of it, I have read it and it’s one that I would recommend.

The first book I wrote was utterly unsellable. I didn’t know that at the time; I didn't even care. It was just for practice. The second book was better, but only a little. The third book, though, I knew that book was good.

The opening scene popped into my head one night, while I was making dinner, and wouldn’t go away. I wrote it down thinking, 'maybe some day there will be a book to go with this.' I just didn't know what it was. But the second book was dragging, and I had an appointment to pitch to an agent at an upcoming conference. I knew my first two books weren't really good, and that scene wouldn’t leave me alone. So I let go of the second book, and like a bolt from the blue, the rest of the plot for that lonely, lovely, scene came to me. I was in love with that story. The hero was sexy, daring, and not your ordinary hero. The heroine was sensual, unusual, and no helpless damsel. Two months later the book was done, and I had hope–real hope–that the agent I pitched it to–even before it was done–would like it.

And she did! She loved it. She wanted to represent it, and me. She was sure she could sell it, and that this would be the beginning of a beautiful career. Excitedly, I signed on with her and she began submitting it to Major New York Publishers, while thrilling but vague visions of success danced in my head.

I have always been a rejection-averse person. I only applied to one college; when I got in, I didn’t bother trying other colleges. I only took job interviews I was reasonably certain would lead to a job offer. It’s not that I can’t handle rejection; I just don’t like it. Having the book I loved be rejected over and over again was not pleasant, and the fact that my husband had sold his business and gone back to school did not help. We needed money, not rejection letters. My agent began to ask, tactfully, what other projects I had. I looked at my other books in progress with newly critical eyes: not this one, the hero is cold and arrogant and he doesn’t even show up for three chapters. Not this one, the heroine is a rabid Red Sox fan and there are witches and demons running amok at the World Series. In desperation, I started a completely new book at the same time I began re-writing my resume because it was clear I was not, in fact, a writer, or at least not one who could write a publishable book.

And then the phone rang, one rainy school vacation day over a year after my agent had started submitting the book. She had an offer. I may have literally jumped up and down in excitement. It wasn’t a lottery-winning offer, but it was enough. I took my resume off Monster.com, enormously relieved not to be reading SQL anymore, and my husband and I drank our last bottle of good wine.

I hope I'm getting better at writing fiction; it's much more fun than writing code (my previous profession). The book with the cold, arrogant hero who didn't show up until chapter three turned into WHAT A GENTLEMAN WANTS, and from that book came my next, WHAT A ROGUE DESIRES. Every new book is a challenge, beginning with only the slightest idea for a plot or a character and somehow developing into a 400 page manuscript. Some days it's fun to write, and I can hardly type fast enough to keep up with the story going on in my mind; some days each word must be pulled out one painful letter at a time; but man, I love this job.