My First Sale by Barbara Wallace

Welcome to the My First Sale series. Each Monday, Dear Author posts the first sale letter of bestselling authors, debut authors, and authors in between. Barbara Wallace writes romances for Harlequin romance.   As a self published author, Wallace lived in that nether space of being both published for the purpose of contests in local chapters and unpublished for the purposes RWA national.   She finally broke through with a sale to Harlequin.   Her latest release, The Cinderella Bride 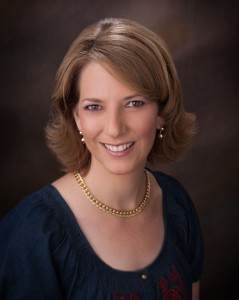 Confused?   Welcome to the roller coaster that was my journey to publication.

Let me back up.     I'd always wanted to be a writer, and after falling in love with Silhouette Desire and Bantam Loveswept, I realized those were the kind of books I wanted to write.   In 1994, I signed with an agent — a wonderful woman who, while no longer my agent, is still in the business and doing great things for authors.   Publication, I was certain, was imminent.

Two weeks later, my son was born.   For the next five years, I balanced motherhood and writing, still certain publication lurked right around the corner.   I can't tell you the number of times I came thisclose to selling.   But alas, thanks to lines folding and marketing changes, "the Call" didn't come.

In 2000, my son was entering school, and two new concepts – Print On Demand and E-Publishing had just emerged.   Several of my local colleagues had manuscripts accepted by a small POD publisher and following their leads, I submit too.   Wonder of wonders – they bought my book.   I was published!

But I wasn't.   At least not according to RWA.   Shortly after my sale, RWA created its publisher-recognition policy.   My publisher didn't make the cut.   With good reason.   Shortly after, after battling distribution and financial issues, the publisher folded.   I sold – if I'm lucky – around a dozen books.

Thus began a ten year stay in the Hinterland of Publishing where I was simultaneously recognized as published by local RWA Chapters and considered unpublished by RWA National.   Agents and editors didn't care about my erstwhile publishing credentials, while I was prohibited from entering the chapter contests that might net me better ones.

Fortunately, the one contest I could enter was the Golden Heart.   I entered the contest in 2005 and again in 2007, making the finals both time.   In fact it was winning the GH in 2007 that landed the attention of my editor at Harlequin..   She had requested the full version of my GH book a few months before the finals.   Shortly after I won, she rejected the book. (What – you thought this was the end of the story?).   But, she offered me the chance to work with her on a new project.   Three revision passes later, I finally got "the Call."   Two days before my son's fifteenth birthday. 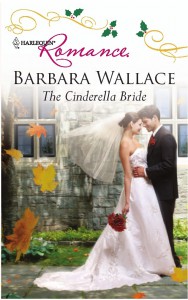 That book is THE CINDERELLA BRIDE, available December 10th.   I'm making my son (yes, that same son who was born two weeks after I signed with an agent) drive me to Walmart so I can see my book on the shelves.   I'd hoped to enter it in the First Book category for the Ritas too, but- you guessed it.   RWA changed its rules again.   That sale from 2000 now counts.   Oh well.   Such is life on the writing roller coaster.

By the way, what is the lesson from all these ups and downs?   Simple.   Never, ever give up.   Publication really is around the corner.   It just might take fifteen years to figure out which corner that is.

Comment below for a chance to win your own copy of THE CINDERELLA BRIDE, as well as a copy of FAIRYTALE CHRISTMAS, an anthology I'm in with bestselling author Susan Meier.