My First Sale by Barbara Bretton 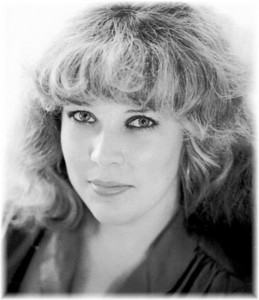 Welcome to the My First Sale series. Each Monday, Dear Author posts the first sale letter of bestselling authors, debut authors, and authors in between.   Barbara Bretton is the USA Today bestselling, award-winning author of more than 40 books. She currently has over ten million copies in print around the world. Her works have been translated into twelve languages in over twenty countries.   You can visit her on the web at www.barbarabretton.com and read more about her current release, Laced with Magic.

Sometimes even I don’t believe the way my first sale happened but it was 1982 and my dreams were as big as my hair. There’s something to be said for blissful ignorance. Who cared that the odds were definitely against me? I’d just beaten cancer. At that moment in time even the impossible seemed within reach.

It didn’t matter that almost everyone in my life (except my husband and my parents) thought I was crazy because I knew I was going to become a published novelist one day. I can’t blame my friends and family for being skeptical. I was thirty-one years old and so far I’d managed to avoid meaningful employment while I eked out an income writing how-to articles, op-ed pieces, and stories for confession magazines.

I devoured The Writer and Writers Digest. I spent hours in the library with Writers Market, determined to make sure my big chance didn’t slip past me. So when I read that Harlequin was going to start buying from American authors for a still unnamed line of romance novels I sat down at the kitchen table and wrote a book. Actually I wrote a book in three weeks and sold it four days later.

It was just your average ordinary snowy February afternoon on Long Island. I had no clue that something fantastic was about to happen. I was rattling around the house, trying not to think about the manuscript and failing miserably.

Did you ever try not to think about something? It’s like trying not to talk about the pink elephant in the room. I was obsessed with the fact that my first book was maybe right now on Vivian Stephens’s desk waiting for its turn to be read. I envisioned a towering slush pile of stories with mine buried somewhere at the bottom. Mostly I envisioned a very long wait.

So when the phone rang a few minutes after two o’clock I figured it was my mom checking in or my husband calling from work or maybe one of those annoying telemarketers that drove everyone crazy. 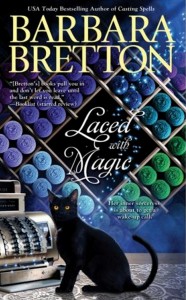 I was a high school graduate who had never known a writer in her life. I didn’t have an agent. I’d never met an editor. Everything I knew about writing I’d pulled from magazines and how-to books and the thousands of novels and short stories I inhaled like oxygen.

Did you ever have an out-of-body experience? I did that afternoon. I swear to you I separated from my thirty-one year old body and floated somewhere up around the ceiling like a life-sized helium balloon. Two years ago I was in a hospital room having radiation treatment for uterine cancer. Two months ago I was typing data entry records for piecework prices. Two weeks ago I was hunched over my Smith-Corona portable typewriter, spilling my dreams onto the page. Good grief, just four days ago I was standing in line at the North Babylon Post Office at Sunset City waiting to ship off my package!

Oh, I sounded all cool and collected as we talked about contracts and publishing schedules and all of those wonderful amazing things. You would have thought I sold a first book every day of the week.

Well, except for the fact that I threw up on my shoes after Vivian and I said goodbye, then burst into tears.

I wanted to tell the world. I wanted to run out into the snowy street and shout my news at the top of my lungs.

But I didn’t. I waited until my husband pulled into the driveway later that night and I met him at the door with a bottle of champagne and two glasses. I didn’t have to say a word. The look of joy and pride in his eyes still makes me smile, long after that juicy advance faded into memory.

My life changed forever that day. Thanks to Vivian and Harlequin, I was able to take the first step toward living the dream I’d held since childhood. My name was going to be on the spine of a real live book.

I was a writer.