My First Sale by Anne Marsh

Welcome to the My First Sale series. Each Monday, Dear Author posts the first sale letter of bestselling authors, debut authors, and authors in between. As the following first sale story from  Anne Marsh displays, from bitter disappointment can come great things.   Anne’s current publisher is Dorchester and obviously Dorchester authors are in quite of a bind right now with their books only being made available digitally.   If you want to find Anne’s books, take a look at your favorite ebook retailer for her first novel, The Hunt

, and her most recent release, Bond With Me (Kindle

My first sale was due to Disney. I'd always dreamed of writing a romance novel One Day (cue the Disney music), but that day was always some vague, indeterminate day in the future. I was working for Pixar, an inspirational workplace, because it seemed as if absolutely everyone there-‘from the Oscar-winning directors to the guys in the maintenance department-‘were creative. Everyone spent weekends writing a book or a film script, illustrating books or exhibiting in galleries, crafting and running highly successful Etsy shops. I was able to take free writing courses from Pixar University, Pixar's in-house training and development program, and I loved it. My stacks of writing books grew, but my word count didn't. I'd write that book. Someday.

Then, one morning, I went to work and my manager asked me to step into his office. And shut the door. Uh-oh. Ten minutes later, I was laid off and bawling my eyes out in the Human Resources office, a casualty of the Disney-Pixar merger. All I wanted to do was stop crying long enough to slink out of the studio without being spotted. 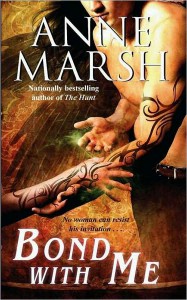 I made it home. I sat on the bed, howled, and ate my way through all of the junk food in the house. My husband, wise man that he was, hugged me and left to make a grocery store run for more sugar. Halfway through, though, something happened. I got mad and I stopped crying. I'd loved the idea of my job and I'd absolutely adored the studio-‘but the work itself had become boring. If I could write anything, I realized, I'd be writing romance. So why wasn't I doing that? I had a stack of Good Housekeeping magazines in my bathroom that promised me that being laid off was actually A Very Good Thing (clearly, that writer didn't have a mortgage) and that it was the universe's permission to reinvent myself and choose to pursue whatever I felt a passion for.

Choose. Choosing sounded damned good to me. I could choose to write a book. I could see being laid off as an opportunity to follow my dream, rather than as an invitation to drain my savings account.

I chose to get up each morning and, before I looked at the online want ads (shh, don't tell on me), I wrote. At first, I had a daily goal of 500 words. Then a thousand. Then three thousand. I wrote three books while I was waiting for my first sale. One wisely resides in my closet; the light of day is not kind. The second earned me a revise-and-resubmit (closer!). The third book was the charm. THE HUNT is a fun book, my treat to myself as I slogged through job postings and interviews and the constant No, No, No! of job searching. I just made the book up as I went along, adding in all my favorite bits. A strong, sexy alpha male. A really, really sexy chase scene. Some slightly kinky sex. Pyramids. A heroine who was resilient and feisty and more than capable of making the hero want to reach for happily-ever-after. By the two year anniversary of my layoff, those choices were a complete book and I had an agent and my first sale. And the revise-and-resubmit? I revised and resubmitted and BOND WITH ME, a sexy paranormal romance about fallen angels in search of their soul mates, comes out on August 24th. All because of a choice.