My First Sale by Alison Kent, One of the First Reality TV Stars 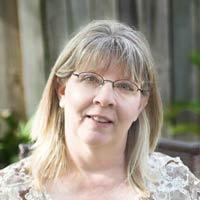 A little bird told me that Ms. Kent’s birthday is today and therefore I thought it perfectly appropriate to post her first sale story, particularly when she was giving away multiple copies of her books in print, galleys and other readerly associated items to celebrate her birthday. I think it is always fun to go to a birthday party and come home with a present. Mosey over and help Kent celebrate her birthday. Kent’s latest release is The Perfect Stranger

I actually have two first sale stories, one being the true first, and the second being the "first–? everyone remembers. As with many aspiring authors who are members of RWA, I entered a lot of writing contests after joining the organization. One of those was the 1992 North Texas RWA Great Expectations Contest. The final round judge in my category was Catherine Carpenter of Meteor Publishing. She picked my entry as the winner, and asked to see the full manuscript. I sent it, and she called to buy it six days later. It was #167 (released in August 1993 as (PLAYING LOVE’S ODDS) out of the one-hundred sixty-eight books in the Kismet imprint. (Trivia: Suzanne Brockmann’s was #168 – the last.) Catherine took a leave during the editing process, and handed over the manuscript to Kate Duffy – who continues to edit me these days.

The second "first–? came in July of 1995. There had been some buzz online (which at that time consisted of GEnie and CompuServe) about a television producer calling around, making inquiries into the industry. One day at work, my phone rang and I picked it up to find Don Dahler (currently seen, I believe, on ABC’s GMA) on the line telling me that CBS 48 Hours was doing a show on romance novels and would like to talk to an aspiring author. Me. I explained about the above sale, but he said that was fine. I was still aspiring, yes? Well, yes. I was, and I agreed to his request for an initial interview. He came to the office to talk to me, called me a day or so later and said he wanted to bring a camera crew and reporter (Susan Spencer, still seen on CBS 48 Hours) to follow me around for, yeah, forty-eight hours. They wanted to visit to my critique group, my home, my office, etc. PANIC!

At the time, I was raising three teenagers on my own, working full-time, homeschooling one, and writing. The homeschooled one did most of the housework, but still. Ugh. I told Don he couldn’t come for a week. During that week, I attacked my house, including buying a new sofa, hanging crap on the bedroom walls, and cleaning out the bottom of my toaster – which remains a joke to this day between me and one of my BFF’s. The first day of the visit, the crew showed up at the office, followed me and one of my crit partners to our meeting place where we met our third, Jan Freed (who I paid tribute to just this last week). (Our group previously included Jo Leigh and Kimberly Raye.)

The next day, the crew arrived at my house to follow me to work, wiring me and my car (because at the time I dictated a lot of my pages) for the trip. Later in the day during my lunch hour, I did an interview with Susan, and the whole bunch then came to my house that night after work. Susan read some of my work from my monitor (from the book that later sold to Kensington Bouquet and was released as LOVE IN BLOOM), and then my phone rang. On the other end of the line was Birgit Davis-Todd, editor for Harlequin Temptation, offering to buy my manuscript CALL ME.

Being the sharp cookie that I am, heh, I asked her to please hold on a moment, and I turned to Don and Susan and said, "Y'all set this up, didn't you?–? Yeah. It only took me 48 hours to figure it out! CBS had a crew in Toronto at the same time, and filmed Birgit's end of the call, too. The show aired in October 1995, and CALL ME was released in July 1996. I have a (badly jpg'd) clip of my portion of the show on YouTube if anyone wants a good laugh. BTW, Birgit and I both have better glasses now. *g*