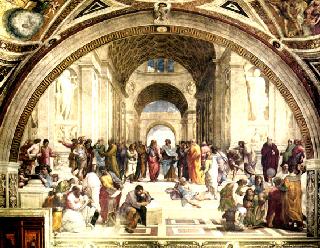 Dr. Sarah S. G. Frantz, assistant professor of English & Foreign Languages at Fayetteville State University in North Carolina, and Dr. Eric Selinger, Associate Professor of English and a former Humanities Center fellow of DePaul University in Chicago, Illinois, have teamed up to edit a collection called The Mind of Love: New Approaches to Popular Romance. They have asked anyone, be she author, editor, agent or reader to contribute to this collection. On a daily basis, Dr. Frantz and Dr. Selinger along with several other educators provide literary critique on the romance genre. Their opinions are as widely varied as any reader displaying that despite their credentials, they are just like us–readers and lovers of romance novels.

First and foremost, what made you want to do this book? What is its purpose?
Sarah: As we say in our Call For Papers, “It is well past time for a volume of sophisticated, rigorous, and romance-positive academic analyses of romance.–? My academic mentor once said in class, “I don't care whether it's good or not. I care whether I can say anything interesting about it.–? I was a baby graduate student at the time, and I winced when she said it and ranted to my partner about the degenerate state of literary criticism that anyone could think that way. But I've come to “see the light,–? so to speak, and for me, romance criticism is not about determining good vs. bad or high art vs. trash. And it's not about figuring out empowerment vs. oppression, either. It's about the fact that romances deserve to be studied, and studied from a positive perspective, precisely because they're so popular. What about them makes them that popular? What draws readers to them in such numbers? But I'm sick of the sneering. I'm sick of reading criticism written by non-readers that thinks it's being objective but instead spends the whole article basically shaking its head, asking “How could they?–? We want to demonstrate that romances are a deep gold mine for academic consideration of issues that have intrigued academics for years, including feminism, female writers, female readers, gender roles and expectations, and women's sexuality. We also want to establish a base of THEORY of the romance that displaces the “theory–? of romance produced by all those non-readers from the 80s and early 90s. Then, hopefully, other critics and theorists can use the new theory to write their own criticism.

Eric: I come at this from a slightly different angle, perhaps. I'm new to romance, both as a reader and as a professor, and I've really noticed, in the past few years, the difference between how we newbies talk about romance and the way it gets treated in the “foundational–? academic books on the genre. It's just ridiculous for scholars and students to be taking as gospel–"or, worse, offering as gospel, in their classes–"such out of date accounts of romance fiction. We both felt, I think, that there was a need for some new book to gather and announce all the new ways out there of thinking about romance fiction. (“One book to bring them all, one book to bind them– –? Oops! You didn't hear that.) For me, the key questions aren't so much “what makes them popular?–? and “what draws readers to them?–? Rather, because I'm a poetry scholar, I'm drawn to issues of aesthetics. How do the best romance novels negotiate the demands of convention and originality, just as sonnets and odes and elegies do? What makes one romance novel different from another, so that one is charming, another haunting, another a dud? How can we tease out those differences, in form and content and style, so that each novel seems as interesting as possible? (My students hear that last one a lot: How can we make this particular novel as interesting–"which usually means “as enjoyable–?–"as possible?)

How and when did you first become a romance reader?
Sarah: I don't really remember. When I was eleven or twelve, I was working my way through my parents' bookshelves and reading Robert Heinlein, Arthur C. Clarke, Isaac Asimov, Leon Uris, even Jean Auel. And at some point, my mother also gave me Georgette Heyer and Austen's Pride and Prejudice AND I started raiding the bookcase filled with romances hidden in the spare bedroom. I remember my first Mills & Boon (Anne Weale's The River Room) and I remember the first romance that grabbed my gut and pulled in ways that I wanted repeated (Roberta Leigh's Man in a Million). I also remember WHY it grabbed me: because the hero had a tic in the corner of his eye that showed how much he was affected by his feelings for the heroine. That access to the hero's interior emotional landscape, small as it was, slayed me, and I wanted more. I was hooked, and I've never looked back.

Eric: Unless you count books like Little Women, which I was pretty much obsessed with in second grade, and Andre Norton's Witch World, which got me a few years later, I became a romance reader in 2000, I think in the winter or spring. My wife had read, and loved, Bridget Jones's Diary–"loved it so much that I read it, too. The Evanston Public Library had a list of novels to read while you waited for The Edge of Reason to be published–"hats off to librarians!–"and we set about reading them. First was Sarah Bird's The Boyfriend School, which has some very smart discussions in it of the prejudices against the genre, as well as a heroine who learns to get past those, and carries you with her. (I often start my romance classes with this novel, out of sequence, since it helps meet skeptical readers right where they are.) Then, one night, I settled in with Jennifer Crusie's Crazy For You, and was utterly hooked. The novel was just so good, in so many ways: the humor, the heroine, the modulation from humor into suspense. First author I glommed–"we glommed, together–"long before we knew the word. I had no thought of teaching romance then, or working on it professionally; I'd just found something to love.