From Pajama Parties to Fight Clubs: What Authors Do to Get Noticed, Part 2 of 2

Last week, we were the recipients of promotional insight from author Craig Davidson, whose promotional boxing matches got this reader out her romance genre lounge chair and into the literary fiction part of the bookstore.

This week, we are pleased to share with our readers the thoughts of author Beverly Jenkins and the genesis behind the Pajama Party weekend book celebration. Jenkins has written sixteen books to date. She writes historical romances as well as romantic suspense. Her seventeenth novel, Sexy/Dangerous, was published in November 2006. Every other October, she hosts a Pajama Party weekend for her fans. This year, from October 5 to October 7, Ms. Jenkins will host her 5th PJ Party Weekend. 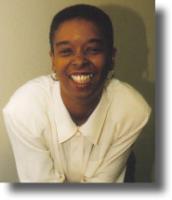 The PJ began as idea I had as way to say thanks to my fans. At the time I was receiving so much fan mail it was hard to keep up with it. I thought it would be neat to have them all together in one spot so I could thank them for the support. When I proposed the idea to Gloria Larkins and Ava Williams, they said sure. We sat down, I brainstormed with them what I wanted to do and the rest is history. We had no idea if anybody would show up that first year, but when the registrations began flowing in, nobody was more surprised than we were. Sometimes whne you toss stuff out into the universe on Faith and things work out in ways you never thought imaginable.

About 75 womens showed up the first year. Since then we've averaged between 82 and 85 attendees. We'll be having our 5th Pajama Party (PJ) in Oct. We only do this every two years because it is so much work. Gloria and Ava handle EVERYTHING during the event, I'm just there to wow the crowds. G&A are both financial execs, and the PJ gives them a chance to strut their creative sides –" my life would be poorer with out them.

Why the PJ part? I just thought it would be fun. The women come rather sharply dressed I must say. No negligees or sweats. Some ladies like the CAAZ Divas book club from Phoenix have come every year in matching pjs. Then we have the ladies who have all of my book covers on their pjs, and the lady from California who has her silk pjs made in Chinatown. These women blow me away.

The PJ is a "Party with a Purpose," to borrow a phrase from Tom Joyner. Most of my books are historical. I write about: the Great Exodus of 1879 and the all Black towns in places like Kansas and Nebraska that grew out of it; the gens de coleur of New Orleans; the Black and Native lawmen and outlaws of Indian Territory; and other pieces of African American –" American history that may not be well known. I love it, the readers love it –" so we have a historical thread flowing through the PJ, too. We've had the Buffalo Soldiers, African-American quilters and genealogists. We've taken trips to Detroit to view the Charles H. Wright Museum of Af/Am history. This year we're having renowned Af/Am quilter Karen Simpson back to do her presentation "Quilting the Blues." We'll be having a lot of first time PJ attendees this year and I wanted Karen to do her workshop again because it was so amazing.

As for the guest authors, some are published by major houses while others are self published. The other authors do enjoy it because not only do they have a great time but they get exposed to a room full of women who are avid readers (with lots of discretionary income and are members of book clubs) who may or may not be familiar with their work. Exposure is what the PJ offers them. Some authors come regularly and a few have registered and stayed for the entire weekend.

As for non BJ readers –" they come as traveling companions, family members etc. They are more than likely BJ readers by the time they leave because of the enthusiasm in the air for the books and for me,Ãƒ ¯Ã‚ Ã… , and because the PJ is unlike anything anyone's experienced before.

The PJ hasn't necessarily promoted me as a writer because the women who come are already fans when they arrive. The PJ is about bringing my far flung fans to a place where they can meet the same. We only allow 125 so that we don't lost the intimacy. It isn't meant to promote my writing but for my readers to meet me and to meet each other. Women who've come as strangers have ended up becoming such good friends, one woman is godparent to another attendee's child. They would never have met had they both not come to the first PJ. One was from Detroit and the second was Catina mentioned in the Romance Reader's article who began reading me in Turkey while her hubby was in the USAF there.

Now corresponding is a good promotional tool. I have two major websites where I answer email and questions at least twice a day. I truly believe it's important to do that. It doesn't take away from my writing time and it helps to let the readers know that I'm not on a mountain somewhere, and that I do answer personally. It seems to mean a lot to them and hey, I am nothing without them so it behooves me to treat them like the jewels that they are in my life.

As for the artist/ saleswoman. They go hand in hand. When I began I had no idea how much time and effort it took. The house will help but you are ultimately responsible for selling your own pizza. When I first started, I'd go to signings and some of the established authors would have tons of bookmarks and magnets and lord knew what else, and it threw me at first and it got me to wondering if I needed all this ancillary stuff and if I was doing something wrong by not having any. After a short while however, I realized that you can have all the trinkets in the world but what readers ultimately want is a book they can fall in love with. The only trinkets you get from me are the ones at the PJ party. When I'm on the road, there's me, my books and maybe some covers for the current and next book. That's it.

And yes, even after 13 yrs worth of books, the need to promote is still on the top of the list which is why I'm still going to book club meetings locally and nationwide. And traveling to events and bookstores large and small in an effort to get my name out there and keep it out there. But it's not work for me. It's fun. I pick up new readers and get to give hugs to seasoned ones. McDonald's made their fortune one hamburger at a time, and for writers it's sorta the same thing, except instead of burgers, we're pushing books, one reader at time.

→ Jane
Previous article: Spotlight on Drollerie Press
Next Post: One Laptop Per Child: Get One, Give One