Ordinarily on Mondays, we host a first sale letter from an author but today we are hosting Marsha Zinberg, Executive Editor from Harlequin, as she tours the romance community sharing insights regarding Harlequins’ Famous Firsts. Long time and new readers alike might not have known that nearly all of favorite bestselling big book authors had their start writing categories: Nora Roberts, Linda Howard, Debbie Macomber and her Cedar Cove series, Linda Lael Miller, Suzanne Brockmann, Lori Foster, Stella Cameron, Anne Stuart, Vicki Lewis Thompson, Lindsay McKenna, and the list goes on and on. 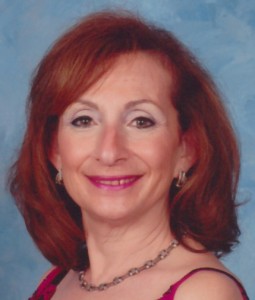 Our Famous First authors are divided in their opinions as to flux and constants in the romance industry. Are plots the same, or have they changed over the years? Have readers’ tastes and demands changed? Have the constituents of a good read transformed in the past twenty or thirty years?

Stella Cameron declares she is not producing the same type of plot she was writing at the beginning of her career. Now she doesn’t think about do’s and don’ts, as she did with her first book. Instead, she feels free to go wherever the plot takes her.

For Debbie Macomber, the romance genre itself has stretched and broadened, to the point that she makes a conscious effort now to create more multi-generational stories, and jokingly suggests she could probably make a vampire work in Cedar Cove! In other words, to her, the only limitations are in imagination.

Anne Stuart concurs. For her, the world has opened up and Harlequin has opened up along with it. She has felt the shackles of rigid rules falling away, and enjoys more creative freedom in her current writing. But good romance, she cautions, is always the same-.a "delicious sense of longing that characters have to be with each other, but something is standing in the way. An aching for a beautiful creature is essential and eternal for all effective romance."

Similar sentiments were expressed by Linda Lael Miller. "The emotional experience is absolutely central," she told me. "It hasn’t changed and I hope it never does." Vicki Lewis Thompson chimes in, "good writing is good writing. But the whole body of work out there is getting better."

There are more demands on the authors now, observes Vicki , because readers have grown to expect their favorite authors’ books, whether linked or not, to come out with greater frequency, and Joan Johnston attributes this phenomenon to Nora Roberts, who single-handedly changed the expectations of the publishing industry by proving that great authors can sell millions of books on a regular basis, and that they should therefore publish many times within a calendar year. Now, she says, publishers expect you to be prolific, and some authors can do that, she notes wryly, if they have "no life".

However, she, too, insists that the emotional component of a good romance has stayed the same. "Women still want to be carried away by a knight in shining armor. These stories are women’s escape from the real world. Books should lift you up out of your everyday grind. Men should be handsome and kind and wonderful." And both heroes and heroines should manage to make enough changes in themselves to sprout the seeds of happily-ever-after.

And what about the reader? Has she changed? A resounding yes from Linda Lael Miller. She’s become much more discerning and sophisticated, allowing the author to paint with a broader brush-even in category romance. Now readers are happy to entertain elements such as suspense, vampires, Western and fantasy in their romances, and so are editors and publishers! That willingness to be open to experimentation is very important to her.

Lori Foster looks at it from another angle. "Romance writers have always adjusted to what’s acceptable in society. They are timely: they keep up with what’s going on in life, in the world out there." So in holding the mirror up to nature, romance authors are giving readers what they want, and what they see around them. And that paradigm keeps changing.

Those changes-.or interesting fads, as Lindsay McKenna sees them, are partially the result of tremendous communication and cross-pollination between Harlequin and Silhouette-.which were two separate publishing houses in the early 80’s, but have for decades been successful sister publishing operations, with many authors writing for both divisions. She remembers a romance market featuring lots of racy, sexy stories with little or no plot in the early 90’s. Then plots and characters returned and with them, love stories, instead of raw sex. Currently, however, we’re noticing another spike with successful erotica. The pendulum has swung again.

The paranormal element, which she is proud to have introduced very early in her "Heart" trilogy, was quite a leap for the romance genre when it was first published, but now seems almost mainstream with the continued popularity of paranormal themes.

Conclusion: everything is the same but different-.and vive la difference!

I’ve been having a great time on this tour and please do feel to ask questions! Tomorrow you’ll find me at Cataromance. My previous "stops" include: Bookbinge (revising Harlequin), Plot Monkeys, the Blaze Authors blog (how writers tackle the creative process), Romance Junkies, and Romancing the blog (the real person behind the story).

As a special treat we have provided 1 nostalgia Harlequin tote bag and 8 Famous First novels to giveaway to a random commenter.

Don’t forget that you can enjoy 16 free Harlequin novels by downloading them at www.HarlequinCelebrates.com. And the Harlequin Cover Art Show in New York runs May 30 – June 12th at the Open House Gallery, New York City (201 Mulberry Street in Soho).

What do you see as the biggest change in romance novels?

→ Jane
Previous article: REVIEW: The Claiming by Trinity Blacio
Next Post: Pirate Party Gets Seat at the Table