Will eBook Adoption Flatten out at 30% of the Market 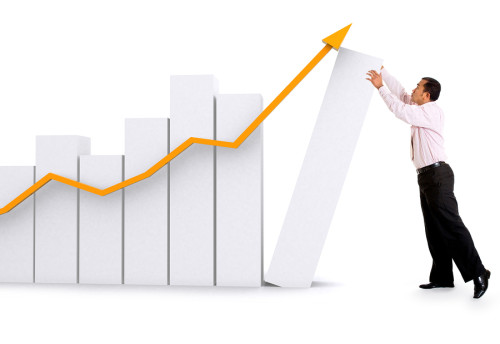 Barnes & Noble had a big week in the news and none of it has been very positive. The reports started two weeks ago when B&N delayed the release of its 3d quarter 2012 earnings report. First came the news that B&N would be closing one third of its stores over the next ten years. Second was Len Riggio, the Chairman of B&N, filing SEC papers to acquire back only the retail portion of B&N, spinning off Nook Media. Finally was the actual earnings report which showed only a slight dip in retail sales (around 2 % drop) while the Nook Media division showed a loss of 26%, all of it coming from the depressed sales of its devices. Revenue earned from sales of digital content was up over 6%.

Len Riggio’s belief must be that adoption of ebooks will level off and slight physical losses can be reduced by shedding B&N of its higher leases and unprofitable stores. Over 95% of the stores, per the earnings call, are profitable.

B&N arguably benefitted the most from Agency pricing. They are unable or unwilling to play the discount game with Amazon on the ebook side. In store displays aren’t netting them the necessary growth. B&N wants to maintain its elite brand name and likely thinks that discounting is a fool’s game and that its business model is built on a higher profit margin.

In the past decade, the book industry has changed dramatically.

In 2004, the Association of American Publishers conservatively estimated total book publishing revenues at $23.7 billion, which was 152% more than the total box-office gross for all movies in theatrical release, 76% more than all the dollars generated by AM and FM radio stations, 60% more than the net dollar value of all recorded music shipments and North American concert revenues, and 39% more than the entire video and portable gaming industry, according to their respective trade associations.

So is Len Riggio’s position a good bet? In other words, will ebook adoption peak at 30% of the marketplace and the remaining number of readers will continue to buy hardcovers and trade paperbacks?

Currently the AAP marks total ebook marketshare at around 22% of the trade market although individual publishers report higher figures such as Hachette at 26%.If Riggio is correct and that ebook adoption will peak and stabilize at 30% of the market and the 95% of the stores are still profitable, then discontinuing Nook production and moving away from digital to high margin physical goods makes sense.

I don’t see, however, B&N replacing its current retail space devoted to Nooks with more books but instead more games, paper goods, and maybe even high end cookware or other types items that would correspond with books on decorating or cooking. These are things people are more likely to buy in person.

The growth of ebook adoption has declined. This is not to say that overall numbers have declined but that the exponential growth has slowed down so dramatically that some industry individuals believe that the flight from paper to digital will be abating soon and leveling off.

According to this site, the compound average growth rate of ebook sales looked like a hockey stick:

Part of the exponential growth was actual availability. In 2005, there were 110K ebooks and in 2006, 135K. By 2011, after Amazon debuted the Kindle, it boasted over 950K titles. In May of 2011, Amazon announced for the first time that ebook sales outpaced the number of physical paperback and hardcover sales. In the first quarter of 2012, the AAP reported that ebook sales were 282.3 million whereas adult hardcover sales were 229.6 million.

Ebook sales by the year:

*I did my best to compile the above numbers from various web articles because the AAP has removed all the past reports. (Or at least extensive googling did not reveal these reports)

The most dramatic decline is in the mass market category which has lost over 50% of its marketshare in the last decade. However, because these books have smaller margins both for publishers and bookstores, the decline isn’t one that is worrisome to Barnes & Noble.

But after the Borders decline, AAP (which is likely a pro brick and mortar organization) reported that the trade market increased .5% over 2010 and that brick and mortar retail remained the #1 sales distribution channel for publishers. However, Reuters said that while brick-and-mortar retail was still the biggest sales channel for publishers (31% of total net sales) that was a 12.6 percent decrease from 2010.

But direct to consumer sales increased as well, reaching $1 billion.

Further, self publishing really broke out in 2011 with the publication of EL James’ books, Colleen Hoover, Tammara Webber, Abbi Glines, and the new adult coterie. More consumers have moved to shopping on devices and Amazon is the number one retail destination for smartphone shoppers.

The most recent figures show that ebook sales for January through June have increased only 34.4% from 2011 to 2012 instead of the 100% plus growths in past years. It used to be that the ebook market would double every 6 months but now ebook growth isn’t even doubling in one year. This marked slowing growth is giving traditionalists hope that the digital adoption will level off. After all, digital music downloads only account for about 30% of the music industry revenues whereas physical sales account for 58%. (Subscription revenue is increasing and might reach 10% next year)

Do you think Riggio is correct and ebook adoption will level off at approximately 30% of the market? What types of predictions would you make based on that?

→ Jane
Previous article: REVIEW: The Summer He Came Home by Juliana Stone
Next Post: REVIEW: After the End by Bonnie Dee