It’s Forever’s 10th anniversary, and in celebration we’re giving two lucky fans a chance to win free registration to attend the RT BookLovers Convention!  ($474 value*)  Enter for a chance to win a ‘Readers’ registration to this year’s convention May 1 – 5, at the Sheraton Kansas City Hotel at Crown Center, or next year’s convention in New Orleans, May 14th – 18th.**

You will also receive:

– Membership in the “Forever Fanatics” club – an exclusive group who will be invited to preview advanced reads and exclusive promotional opportunities for an entire year!

*If you have already purchased your registration for this year’s conference, we will check with the conference coordinators and reimburse your fee.

**Winners are responsible for their own travel arrangements, accommodations, meals and incidentals.

Electronic lending and public libraries: Folding shelves – This economist article suggests publishers and libraries are never, ever getting back together over the issue of ebooks. Penguin’s program extends to only 80 libraries and the ebook license expires after one year. HarperCollins expire after 26 uses. Simon & Schuster doesn’t participate at all.

The situation is just as bad abroad. In Denmark, libraries were paying $3 per digital loan but publishers balked at that arguing that digital use was eroding paper sales. The limited access to literature via the library lending program hurts the least affluent segment of our society and it harms literary culture overall. Publishers should see libraries as an investment in audience building rather than an erosion of immediate sales. The Economist

Profits Jumped 75% at Random House – Publishing, like music and movies, is a hits driven business. Wonder why publishers chase down celebrity books, throwing big money after unknowns? Because one hit can make a difference. Random House enjoyed a 75% jump in operating EBIT as a result of the 50 Shades trilogy which was sold more than 70 million copies in print and digital. The bump isn’t expected to last into 2013, however, as the head of RH says that investors should expect “slightly declining business performance in 2013”   Publishers Weekly 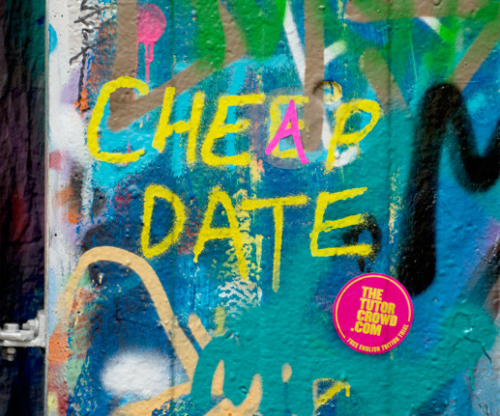 1 | Ur Mom: Correcting The Grammar Of Graffiti – File this under awesome (I guess when I say “file this” I should add an actual tag) but a tutoring company in London is advertising its services by going around and correcting graffiti.  The small photo included here is one of the less graphic graffiti examples being corrected. Co-Exist

The World Is Just Awesome –  Just to make you feel good