Kobo has released a new suite of reading devices although none of them are getting major play. These devices are all noted as “coming soon”, but the Kobo Arc is targeted for a mid November release.  This has a nice comparison between the Fire and the Arc. 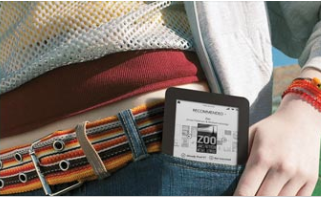 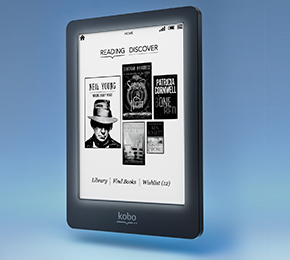 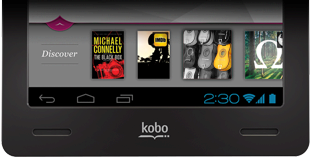 This is your brain on Jane Austen, and researchers at Stanford are taking notes – Researchers are studying cognitive brain function by taking MRIs while humans read Jane Austen. The idea is to study blood flow, in terms of quantity and location, and how it increases or decreases according to the text perused. “The experiment focuses on literary attention, or more specifically, the cognitive dynamics of the different kinds of focus we bring to reading. This experiment grew out of Phillips’ ongoing research about Enlightenment writers who were concerned about issues of attention span, or what they called “wandering attention.”” Stanford

The Oatmeal v. Funnyjunk, Part XI: What Remains – Charles Carreon, the humiliated California lawyer who tried and failed to sue The Oatmeal for satirizing the Funnyjunk, is now going after the lawyers and bloggers who supported The Oatmeal by reporting them to their states’ ethics boards and sending letters to their lawyers. It’s the kind of thuggish action we’ve seen threatened over at STGRB site. Shameful  but maybe effective. Ken from Popehat is taking a small hiatus. Bloggers are dropping every day. Popehat

USDOJ: US Attorney’s Office – Southern District of New York – Remember the eyeglass seller who reveled in his negative reviews, claiming that those reviews were propelling his business forward? He engaged in terrorization of his customers with threats, intimidation and harassment to get them to shut up. He was prosecuted and sentenced to four years in prison for defrauding his customers and for sending them threatening communications.USDOJ

On repeated occasions, BORKER also threatened to, and did, send false and obscene e-mails to customers’ professional associates or colleagues. For example, BORKER sent e-mails to colleagues of a disgruntled customer and falsely claimed that he had an affair with the customer, and that the customer had engaged in professional misconduct. He wrote emails about the sexual preferences of other customers, and made claims that some of them were involved in drug dealing. These emails were also sent to his victims’ professional associates and colleagues. … In sentencing Borker, Judge Sullivan said: “These were vile threats, and you were terrorizing these people.”

Just How Much Dishonesty Is OK With Konrath? – Some of the leading lights of self publishing continues his march toward the margins (I hope) with his latest blog post wherein he declared that “Buying reviews isn’t wrong. Using sock puppets isn’t wrong. Leaving fake one star reviews isn’t wrong.” Konrath was called out for this and midday deleted his assertions and replaced it with “Amazon allows one star reviews.” Of course, should this surprise us when Konrath and his co author, Barry Eisler, uses rape terminology in their book on marketing books? https://dearauthor.com/features/industry-news/thursday-midday-links-stanza-not-dead-reviewer-sued-for-defamation-amazon-acquires-tts-firm/ Mike Cane

→ Jane
Previous article: Daily Deals: It Had to Be You by Susan Elizabeth Phillips, 2 historicals, and a South African mystery
Next Post: What Janine is Reading — August 2012