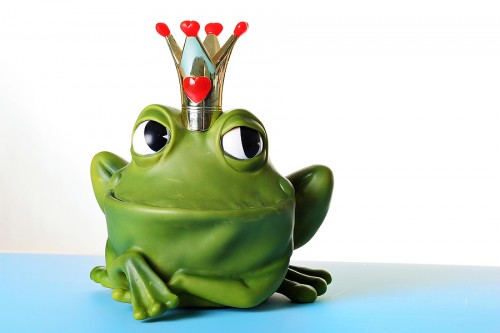 Tara Palmer-Tomkinson finds love with prince – Telegraph – “The former lover of, among others, Alexander Spencer-Churchill, the Duke of Marlborough’s nephew, says aspiring princesses would be well advised to look to mainland Europe. “In European countries, there are more princes than dentists.”” Telegraph UK

I thought this piece was kind of hilarious given how many princes there are in Harlequin Presents book but apparently those books are not exaggerating.  One of the lines in Caitlin Crews’ book, Man Behind the Scars is “The whole island seemed to be bursting at the seams with this prince, that sheikh and any number of flash European nobles, their ancient titles and inherited ranks hanging from their elegant limbs like the kind of fine accessories Angel herself could never afford. It was the first time in Angel’s twenty-eight years that she’d ever found herself in a room—a palace ballroom, to be sure, but it was still, technically, a room—with a selection of princes. As in, princes plural.”

Facebook may out anonymous snoopers – “On its blog last week, Facebook said the ability to view who had seen each post on a group would enable users to stay updated on the group’s activity.”  Television New Zealand

The post goes on to say that this technology could be opened up beyond groups which would allow people to identify who has been stalking/visiting their Facebook pages.

Why Fibbing About Your Age Is Relevant to the Cybersecurity Bill  – “Congress is about to decide whether it is a crime to violate terms of service governing your use of Gmail, Facebook, Hulu, or any other on-line service. One of the amendments to the Cybersecurity Act that the Senate is likely to take up this week would substantially increase already severe penalties for violations of the Computer Fraud and Abuse Act (CFAA), an important law designed to prevent malicious computer activity, such as hacking.  The amendment would eliminate provisions setting lower sentences for first time offenders, establish mandatory minimum sentences for many offenders, make computer crimes “racketeering” predicates, and subject homes to civil asset forfeiture for computer crimes committed inside.  The problem is, there is widespread agreement that the statute is already overly broad, sweeping in common online conduct, and the Department of Justice has interpreted it in a way that turns many – maybe most – Internet users into potential criminals.” CDT

Stephanie Laurens – “For instance, in passing the story parcel from author to reader, instead of there being only one way, there are now four – Author to Reader, Author to Publisher to Reader, Author to Retailer to Reader, and Author to Publisher to Retailer to Reader. All four routes are viable and being effectively used by authors to transmit their stories to readers, so authors as of now have multiple online routes by which they can reach readers en masse. That – multiple routes instead of one – is one critical difference between the Online Industry and the Offline Industry. Here’s another – in the Online industry, only Author and Reader are essential – meaning cannot be done without. Publishers and Retailers, no matter who they are, can never be or make themselves essential – not unless they can take control of the internet. Not just a part of it, all of it. Which is why I waste no time worrying about anyone controlling my business again – that’s not going to happen while I can reach my readers direct. And thanks to JK Rowling and Pottermore for establishing that beyond question. One way or another, if authors are forced to it, it can and will be done.”  Stephanie Laurens

This is a passage from the keynote delivered by Stephanie Laurens at RWA. This seems like a marked departure from her posts just a year earlier.  The bolded emphasis was added by me.  Laurens is making some important points although she is wrong, of course.  Without Amazon making the digital market with the Kindle, the “online industry” probably wouldn’t exist and we would be at 5% ebook sales and I would still be railing at publishers and authors to make their books available digitally.  Further, with the success of 50 Shades in the print market, obviously publishers and their print distribution channels are invaluable right now.  May that change in the future? Of course, but to say that retailers and publishers are not and never can be essential is simply wrongheaded.  One thing Laurens didn’t address and she should have given she is from Australia is how the Online Industry has transformed the market into a global one and where territory rights make so much less sense now than it ever did.

NPR is conducting a poll to see what YA titles should be on a top 100 list. The nominations were curated by Pamela Paul, the features editor and children’s book editor; Diane Roback, the children’s book editor of Publishers Weekly; Tasha, the book editor of The A.V. Club, the arts and entertainment wing of The Onion; and Ted Schelvan is a teacher librarian at Chief Umtuch Middle School in Battle Ground, Wash. All of this is giving me an idea….

That’s Not My Phone, It’s My Tracker –  “Most doubts about the principal function of these devices were erased when it was recently disclosed that cellphone carriers responded 1.3 million times last year to law enforcement requests for call data. That’s not even a complete count, because T-Mobile, one of the largest carriers, did not initially reveal its total. It appears that millions of cellphone users have been swept up in government surveillance of their calls and where they made them from. Many police agencies don’t obtain search warrants when requesting location data from carriers. Thanks to the explosion of GPS technology and smartphone apps, these devices are also taking note of what we buy, where and when we buy it, how much money we have in the bank, whom we text and e-mail, what Web sites we visit, how and where we travel, what time we go to sleep and wake up — and more. Much of that data is shared with companies that use it to offer us services they think we want.” NYTimes

“Buy this book” Widget – Ted Weinstein Literary Management – “Our friend and colleague Laurie Abkemeier has been a vocal advocate of the idea that everyone in publishing with a website should link to all the major book retailers, not just one. So to make this as easy as possible, the web gurus at Diverse Design built us a small “Buy this book” widget and we are pleased to make it available for anyone to use. To see it in action, hover your mouse over this book cover image:” Ted Weinstein Literary Management