Warning: mysqli_query(): (22032/3141): Invalid JSON text in argument 1 to function json_contains: "Invalid value." at position 0. in /home/customer/www/dearauthor.com/public_html/wp-includes/class-wpdb.php on line 2187
 Wednesday News: OMG’s first use may be traced back to 1917; HarperCollins & S&S are in talks to merge; New Romance author justifies writing romances
November 21, 2012

Wednesday News: OMG’s first use may be traced back to 1917; HarperCollins & S&S are in talks to merge; New Romance author justifies writing romances 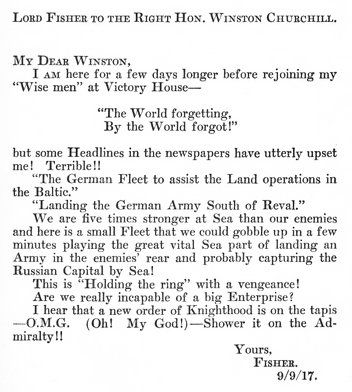 First Known Use of OMG? – From Jodi Ettenberg comes documentary proof of a 1917 use of OMG. By the way, we are all saying it wrong. I had been putting the emphasis after every word instead of after the My God. For the sight impaired, it reads as follows: Twitter

By the World forgot!”

but some Headlines in the newspapers have utterly upset me!  Terrible!!

“The German Fleet to assist the Land operations in the Baltic.”

We are five times stronger at Sea than our enemies and here is a small Fleet that we could gobble up in a few minutres playing the great vital Sea part of landing an Army in the enemies’ roar and probably capturing the Russian Capital by Sea!

This is “Holding the right” with a vengeance!

Are we really incapable of a big Enterprise!

I hear that a new order of Knighthood is on the tapis-O.M.G. (Oh! My God!)–Shower it on the Admiralty!!

News Corp., CBS in Talks Over Merging Book Businesses – WSJ.com – The Wall Street Journal reports that NewsCorp and CBS are in talks to merge HarperCollins and Simon & Schuster which would make the Big 6, the Big 4. The merger between Penguin and Random House was purportedly to gain scale in the back end of production and distribution. NewsCorp is already splitting its assets up between publishing and entertainment. HarperCollins would be placed with the Wall Street Journal and other newspaper and magazines while the movies and television arm would be separate. S&S has purportedly been on the sale block for years. Wall Street Journal

Does Writing Fun Mean Giving Up My Seat at the Smart Table? – Megan Mulry (who we just reviewed) wrote a post discussing how she has come to terms with her publication of a romance book.  Apparently she feels the need to justify. Beyond The Margins


My first book, A Royal Pain, came out November 1 (please don’t tell my publisher I called it twaddle) and, especially while I was writing it, I’ll confess it relieved me to think that none of my friends at the Smart Table would ever pick it up in the bookstore.

But guess what? She realized that given other Ivy Leaguers like Julia Quinn and Eloisa James are romance writers that it was okay for her to like and write romances too. Because the degrees of the Ivy League wash all the unsmart filth away? Mulry “now realize[s] they are great books in their own way.”

The irony is that I needed to let go of all of my preconceptions of what “smart” meant in order to let it all out. And then sell it. Those ugly words. Repeat after me. Sell. It.

Oprah Tweets Her Love For Microsoft Surface Using An iPad – Microsoft has bought some heavy hitter celebrities to promote their devices but Oprah’s recent tweet about how she loves her MS Surface tablet might cast some shade over her supposed enthusiasm. Why? Because she sent her tweet from her iPad. TechCrunch