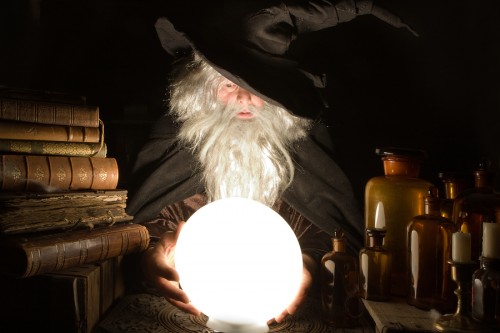 The bionic book worm – My head is quite large today. It was inflated after I read this article quoting Sir Peter Stothard who opined that book bloggers would ruin literature because, like snakes in the garden, we are leading the enlightened down a dark path to literary destruction. I’m quite honored Sir Stothard believes I can ruin anything. I shall be insufferable now that I know how much dominion I have over this huge cultural thing called Literature. My, I am like a Jasper Fforde character. I shall be forthwith called Wednesday After.

“Criticism needs confidence in the face of extraordinary external competition,” the former editor of The Times says. “It is wonderful that there are so many blogs and websites devoted to books, but to be a critic is to be importantly different than those sharing their own taste… Not everyone’s opinion is worth the same.” The rise of blogging has proved particularly worrying, he says. “Eventually that will be to the detriment of literature. It will be bad for readers; as much as one would like to think that many bloggers opinions are as good as others. It just ain’t so. People will be encouraged to buy and read books that are no good, the good will be overwhelmed, and we’ll be worse off. There are some important issues here.” The Independent

Barnes & Noble Announces Nook Video Apps, Launching This Fall – B&N has finally clued into the idea that the Nook Tablet will not be successful without actual content. This fall, B&N will launch the Nook Video app through which you can buy and rent video.

Barnes & Noble is partnering with HBO, Sony, Starz, Warner Bros Entertainment, and even Walt Disney Studios to bring you your favorite content, including The Avengers, Brave, Toy Story 3, The Artist, Breaking Bad, The Walking Dead, True Blood, Game Of Thrones, The Dark Knight, The Hangover, and the Harry Potter movies. TechCrunch

Royal Society plans Wikipedia ‘edit-a-thon’ to honor female scientists – In order to correct the gender imbalance regarding historical entries of female scientists, The Royal Society will hold an “edit-a-thon” on October 19th,” to celebrate the contributions women have made to science by ensuring that their Wikipedia profiles are comprehensive — or exist at all.” The Verge

Banned Books Week: Celebrating 30 Years of Liberating Literature – This is a cool presentation of books banned over the years.

Book Publisher Goes To Court To Recoup Hefty Advances From Prominent Writers – Penguin has filed suit against several writers seeking repayment of advances for books not delivered. This is unprecedented as far as I know and I haven’t read the petition so I don’t know the exact grounds upon which the following suits have been filed. I am also surprised that these aren’t arbitration cases.

In the comments, agent Robert Gottleib said that if an author was represented by Trident and Penguin attempted to see redress, Trident would strike Penguin from all its submissions which I actually think is quite a bit of bluster. The Smoking Gun