Fantasy | Random House of Canada – It’s a slow news day so I’m going to link to the website to Random House Canada which has one of the best publisher sites I’ve seen. It’s definitely a site that is designed for the moment as future release dates are hard to come by. However, it highlights the books above all else and I like that. It doesn’t hurt that the fantasy page has my favorite quote in a werewolf series ever. (It’s from Bitten by Kelley Armstrong, the first book in her Women of the Otherworld series) Random House Canada 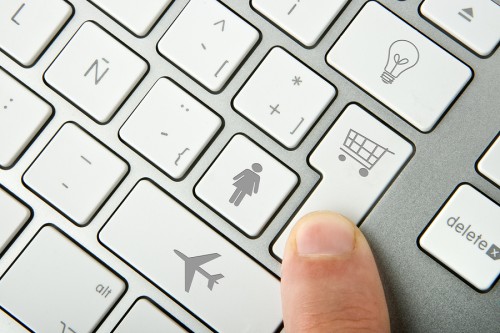 Want to use your iPad during takeoff? Tell the FAA – This may all be a public relations ploy or an attempt to pacify complaining passengers, but the FAA is accepting comments on the issue of portable electronic use during take off and landing.

The FAA is seeking comment from passengers, airlines, flight attendants and the makers of electronic devices on a variety of topics such as procedures for testing and gathering data about how portable electronic devices interact with aircraft systems, how to build avionics systems and aircraft that don’t react to Kindles or iPads, and how to build gadget that wouldn’t cause such interference. The agency also wants passengers to weigh in on topics like whether or not voice calls on aircraft would be distracting or staring at your e-reader might make you less likely to pay attention to the safety briefings at the beginning of each flight.Mobile Technology News

““He was like this giant fucking machine, with this huge cock tearing into her, dilating her more than should be possible outside of childbirth.””The Book Pushers