Wednesday News: ChicklitGirls charge $95 for reviews; threaten lawsuit to the author who publicized this; BN goes web based and promises new screen for readers 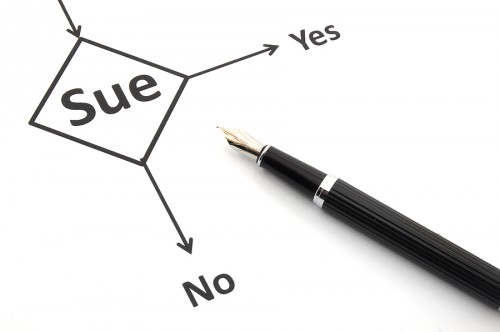 Let me set this up for you. Michelle Gorman apparently sent a review request to ChicklitGirls, a website that offers reviews of various genres. They claim good Christian values and promise to NOT give a negative review to any author. Further, they claim over 2.5 million views for their reviews from their site  and via their contributions to the Books section of Before Its News.  To Gorman and to other authors such as Grace Wen, a request for a review query generates a prompt for cash in return.  Michele Gorman blogged about this and was threatened with a lawsuit.  Likely afraid that a lawsuit would be forthcoming, Gorman redacted all the identifying information although Paula, from the ChicklitGirls’ website, commented to Gorman’s blog post and basically self identifies.

Michele Gorman: Should bloggers charge for reviews? – “The bloggers that are charging writers $95 for favourable reviews have contacted me to tell me that my comments are unethical and illegal. They asked that I remove their “website name from [my] twitter account and [my] article and anywhere else that [I] have posted it.” They said that they are nice girls, and then threatened that if I did not “please do as we ask, you will be hearing from our attorney, and will take the next step and action for defamation of character and business”. Further, they kindly offered that “instead, of smearing your name and books we choose to go the legal way, because we don’t like to hurt people and their reputations.” And they offered me some advice too: “You are young and need to learn a lot about life still, especially when it comes to business practices. What you are doing is causing others (especially the people that matter) to see you as a trouble maker, and then they won’t want to work with you.”” Michele Gorman

ChickLitGirls Disclosure Page – “This blog is a collaborative blog written by a group of individuals. This blog accepts forms of cash advertising, sponsorship, paid insertions or other forms of compensation. The compensation received may influence the advertising content, topics or posts made in this blog. That content, advertising space or post may not always be identified as paid or sponsored content. The owner(s) of this blog is compensated to provide opinion on products, services, websites and various other topics. Even though the owner(s) of this blog receives compensation for our posts or advertisements, we always give our honest opinions, findings, beliefs, or experiences on those topics or products. The views and opinions expressed on this blog are purely the bloggers’ own. Any product claim, statistic, quote or other representation about a product or service should be verified with the manufacturer, provider or party in question. This blog does contain content which might present a conflict of interest. This content may not always be identified.  About Chick Lit Girls Reviews Chick Lit Girls reviews books in a honest and forthcoming manner.  Although we try to give our authors good/favorable reviews, it must be noted that we make no claim to and there is no guarentees of a positive review given by our reviewers.”  Chicklitgirls  (I highlighted the portions that MAKE NO SENSE)

Let’s unpack this starting with the legal threat because as most Dear Author readers know by now nothing gets my engine revved like baseless threats of an internet lawyer (a creature that is never identified by name and more rarely spotted than a unicorn).  I’ve identified a number of things that the Chicklitgirls may want to consult their lawyer about: 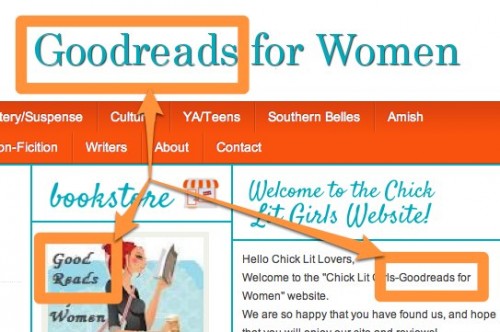 FTC violations.  The FTC requires blogs to disclose any connection with advertisers, including, in most cases, the receipt of free products and whether or not they were paid in any way by advertisers.  The Chicklitgirls disclosure does state that their content may be influenced by their compensation, but they aren’t clear for what items they are being compensated. Further, they go on to state in the same disclosure and on other parts of their site that their reviews are honest.  The multiple contradictions work to negate any disclosure.

Positioning for a SLAPP suit.  Should the Chicklitgirls actually have a real lawyer (which I highly doubt) and would actually bring a suit against Michele Gorman (which would be on par with Charles Carreon’s ridiculous suits against the Oatmeal), they could face a SLAPP suit and their lawyer could face ethical complaints and Rule 11 Sanctions for bringing in a frivolous claim.  Why? Because there is nothing defamatory about posting something that is true. Defamation is a FALSE statement that hurts someone’s reputation.  TRUTH is always a defense.  (You can read up on defamation in my four part series here).  The only other possible claim I could think of was some breach of privacy but there cannot be any expectation of privacy when you are soliciting a business transaction unless there was some signed agreement beforehand which does not seem to exist and then it wouldn’t be a breach of privacy, but a breach of contract.  Perhaps in conjunction with consulting their internet lawyer, they can also meet with a business consultant.

Can they back up their viewership claim?  The Chicklitgirls claim 2.5 million views of their reviews to justify the $95 per review charge.  Dear Author’s Alexa rating is 75,530 and the Chicklitgirls ranking is 479,815 on Alexa.  We get over 450,000 page views a month so we know that the Chicklitgirls website views are much much lower.   But what about their “partnership” with Before It’s News?  BIN is a user generated site and anyone can upload content. In the “Books” section (which takes a while to locate), there are many book reviews posted.  The most popular stories only get around 100 views.  Where are the 2 million + views coming from? 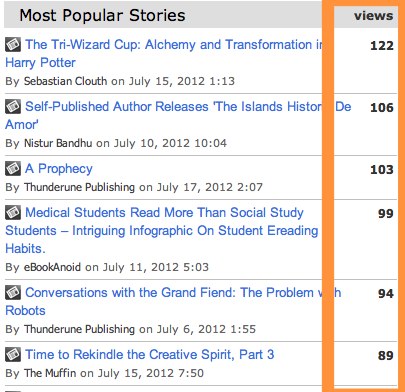 Onto some real news:

Finding the ‘moral molecule’ – “What drives Zak’s hunger for human blood is his interest in the hormone oxytocin, about which he has become one of the world’s most prominent experts. Long known as a female reproductive hormone – it plays a central role in childbirth and breastfeeding – oxytocin emerges from Zak’s research as something much more all-embracing: the “moral molecule” behind all human virtue, trust, affection and love, “a social glue”, as he puts it, “that keeps society together”… Being treated decently, it turns out, causes people’s oxytocin levels to go up, which in turn prompts them to behave more decently, while experimental subjects given an artificial oxytocin boost – by means of an inhaler – behave more generously and trustingly. And it’s not solely because of its effects on humans that oxytocin is known as “the cuddle hormone”: for example, male meadow voles, normally roguishly promiscuous in their interactions with female meadow voles, become passionately monogamous when their oxytocin levels are raised in the lab.” The Age

Hmmm. I’m not sure I buy into this idea that oxytocin is a moral molecule but it is an interesting theory. h/t @SarahMayberry

Sapping Attention: Making Downton more traditional – “Digital humanists like to talk about what insights about the past big data can bring. So in that spirit, let me talk about Downton Abbey for a minute. The show’s popularity has led many nitpickers to draft up lists of mistakes. Language Loggers Mark Liberman and Ben Zimmer have looked at some idioms that don’t belong for Language Log, NPR and the Boston Globe.) In the best British tradition, the Daily Mail even managed to cast the errors as a sort of scandal. But all of these have relied, so far as I can tell, on finding a phrase or two that sounds a bit off, and checking the online sources for earliest use. This resembles what historians do nowadays; go fishing in the online resources to confirm hypotheses, but never ever start from the digital sources. That would be, as the dowager countess, might say, untoward.”  Sapping Attention

B&N Launches Cloud Service, Nook for Web – “Barnes & Noble has entered the cloud-based reading business with the launch of Nook for Web. The new platform works with all PC and Mac browsers and B&N said it will add support for tablets, smartphones and other mobile devices in the fall. “ Publishers Weekly

B&N prepping new tablet with ‘revolutionary screen technology’ – “Now we’re getting word from a credible source that Barnes & Noble, a 7-inch pioneer with its Nook Color and Nook Tablet, is set to bring out out a new 7-inch model that features “revolutionary screen technology.” The source, who’s proven reliable in the past, wouldn’t elaborate on the specifics of that technology but said that it was developed in-house by Barnes & Noble (with the help of “another company”) and had not been seen in another product before.” CNet