B&N Adds New Payment Options to Nook Store (MS Accounts) No New App Required – According to Nate, the Digital Reader, B&N is allowing people to use their Microsoft account to pay for ebooks instead of requiring a credit card attached to the B&N account. I’m not sure whether B&N scrapes the credit card information from the Microsoft account to encode their DRM’ed ebooks or what. The Digital Reader

Amazon announces Coins, a virtual currency coming to the Kindle Fire in May – Amazon is introducing its own currency called Amazon Coins and it plans to give away millions of “Coins” that consumers can spend on App store Apps. As a non Amazon app user, I find this incredibly dull but it is interesting that Amazon is trying to get consumers used to spending Amazon currency at its stores. Amazon already has a Paypal like competitor called Amazon Payments and it has lent money to its sellers. Is this just a gamification of Amazon spending akin to points but without a credit card or a venture into a broader financial services market? Amazon PR 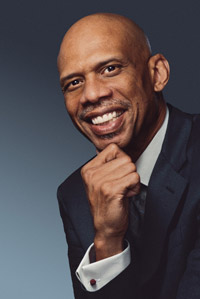 Kareem Abdul-Jabbar Responds to Critics of his ‘Girls’ Review – I don’t watch “Girls” (I don’t have HBO) but Kareem Abdul-Jabbar does. He wrote a pop cultural critique of it which was congratulatory but also questioned the shows whiteness and generally concluded he did not find it funny. His critique was the subject to much talk, not about the content of the critique itself, but KAJ’s age (“as if they’d just discovered me hanging around a school playground with a shopping bag full of candy in one hand a fluffy puppy in the other“), jock status (“What do people expect when an ex-jock discusses pop culture? ‘Hmmm. Magic light box have good shows. Me like some. Others make me puke Gatorade. Me give it three jock straps.’“), height (“as if I was so tall that the air up here could not support intellectual development“). You want to read it regardless of what  you think of “Girls.” COLORLINES

Book Binge: Book Binge Starts a Book Club! – Book Binge is launching a book club. Each month they will discuss a different book including their favorite scenes, least favorite characters and so forth. Sounds like a great idea. Head over to find out their latest book club selection. BookBinge

The WTF TOS Of Bookish – Bookish, the multi million dollar discovery site promulgated by three of the Big 6 (soon to be Big 5) has finally launched. Bookish was originally announced in 2010. I actually wrote four articles for them back in early 2011 which I thought had died in the waste bin of time, but apparently not. One of them is on the front page of the romance site. Why am I not linking to Bookish? Because according to its terms of service, if I say anything disparaging about them, I will be violating their terms of service and they may block me from linking to them. .

All right. Are you guys done laughing your heads off? Not quite? I’ll give you a few more minutes. [insert jeopardy theme here]

Bookish’s front page looks like it is designed to attract the mainstream literary fiction crowd. The romance section has an article that suggests books akin to 50 Shades. Three of the six aren’t romances. The good thing about Bookish is that if you don’t like the editorial content, do not worry. None of the people who wrote that stuff (including me) are writing stuff for them currently. It can only go up from here. Mike Cane’s xBlog